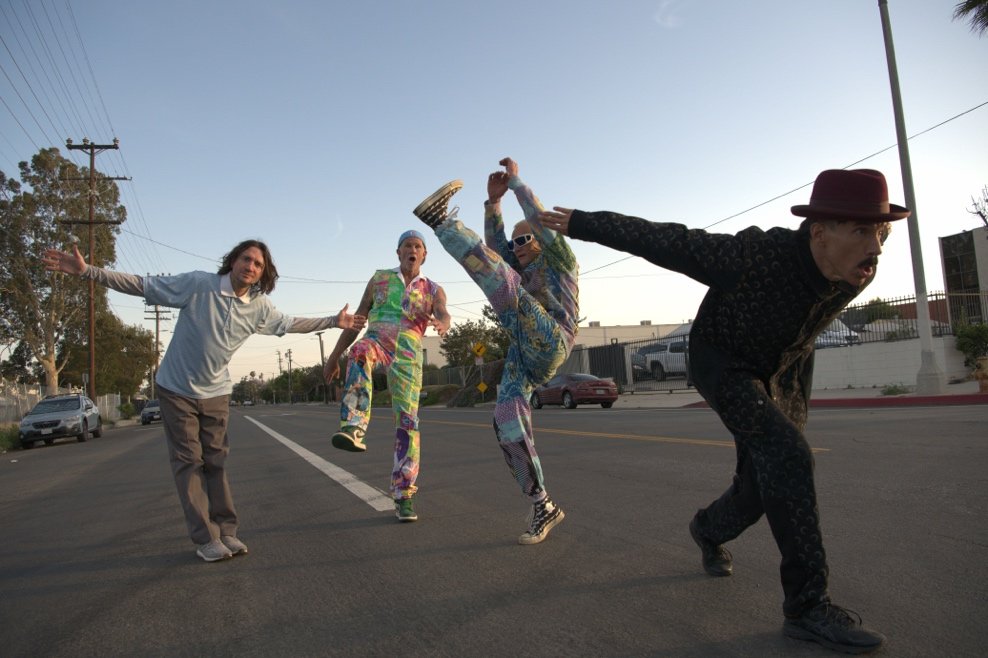 This weekend, Red Hot Chili Peppers announced their brand new studio album, Return of the Dream Canteen will be releasedOctober 14th.  The surprise announcement was dropped at Denver’s Empower Field to rapturous response as the North American leg of their critically and commercially acclaimed global stadium tour kicked off.

The news of Return of the Dream Canteen’s imminentrelease marks the band’s second album release of 2022, hot on the heels of the platinum-selling chart topper Unlimited Love which was released in April. It will also be the band’s second Rick Rubin produced album of 2022, and reinforces their reputation as a band at their absolute peak, riding the crest of an undeniable creative wave.

The Denver show was packed with iconic Red Hot Chili Peppers hits as well as new fan favorites “Black Summer” and “These are the Ways” from their current chart-topping album, Unlimited Love. The band sent the sold-out stadium audience into raptures as Anthony Kiedis announced to the unexpecting audience that they have another brand new studio album coming this year.

Continuing to win over audiences across the generations, the band performed a run of sold-out UK/EU dates earlier this year, including two nights at London Stadium. “A scorching European touch-down from the California legends” – CLASH

We went in search of ourselves as the band that we have somehow always been. Just for the fun of it we jammed and learned some old songs. Before long we started the mysterious process of building new songs. A beautiful bit of chemistry meddling that had befriended us hundreds of times along the way. Once we found that slip stream of sound and vision, we just kept mining. With time turned into an elastic waist band of oversized underwear, we had no reason to stop writing and rocking. It felt like a dream. When all was said and done, our moody love for each other and the magic of music had gifted us with more songs than we knew what to do with. Well we figured it out. 2 double albums released back to back. The second of which is easily as meaningful as the first or should that be reversed. ‘Return of the Dream Canteen’ is everything we are and ever dreamed of being. It’s packed. Made with the blood of our hearts, yours truly, the Red Hot Chili Peppers.

Red Hot Chili Peppers will continue the tour through California with a special hometown performance in Los Angeles’ SoFi Stadium, then through Chicago, Toronto, and more before wrapping up the North American leg in Arlington, TX on Sunday, September 18th at Globe Life Field. A roll call of some of the most acclaimed, eclectic and vital artists across various genres – including HAIM, Beck, Thundercat, The Strokes, King Princess, St. Vincent and Post Malone – will be joining the band on select dates.

The band kicked off the global stadium tour last month with their European leg at Estadio Olímpico de la Cartuja in Seville, Spain on Saturday, June 4th. The concert marked their first show back with guitarist John Frusciante in 15 years and the kickoff to the band’s first ever stadium tour.

For more information on the new album, the tour and tickets please visit https://redhotchilipeppers.com.

Listen to “Return of the Dream Canteen” on Spotify: