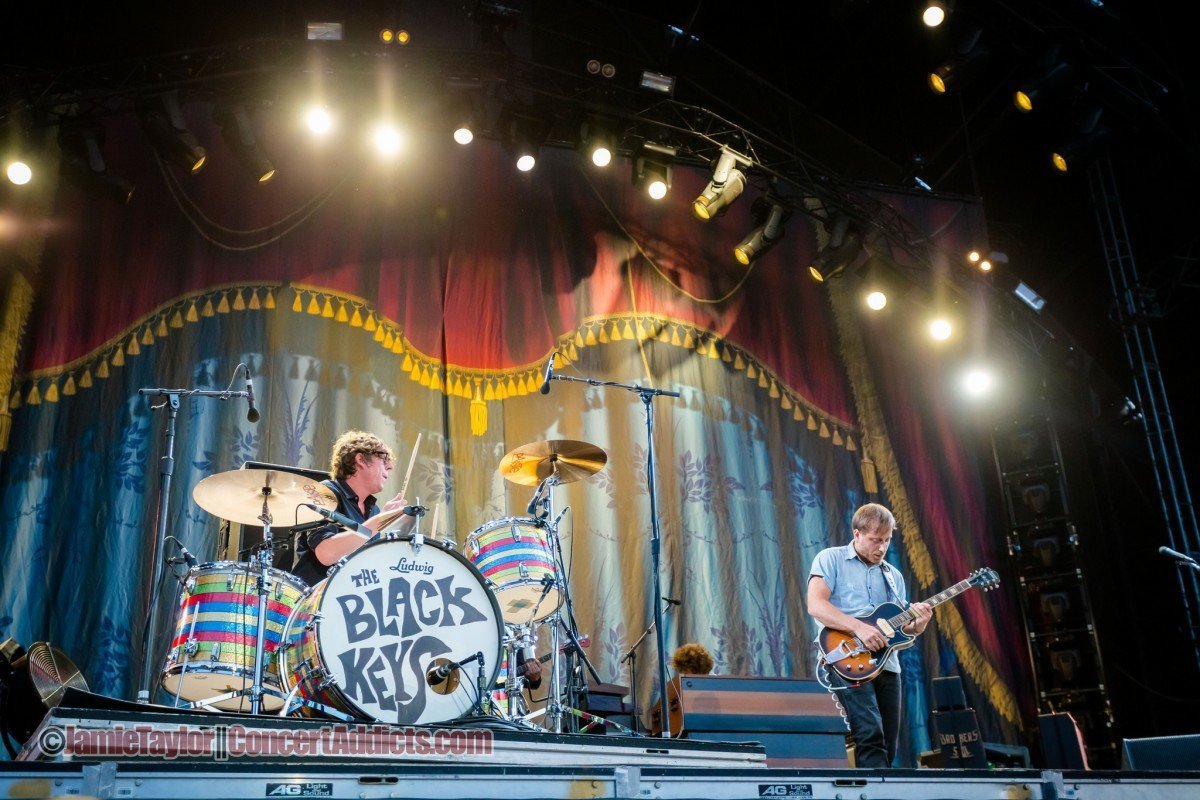 Today, The Black Keys release their ninth studio album, “Let’s Rock,” via Easy Eye Sound/Nonesuch Records. The record is a return to the straightforward rock of the singer/guitarist Dan Auerbach and drummer Patrick Carney’s early days as a band. Auerbach says, “When we’re together we are The Black Keys, that’s where that real magic is, and always has been since we were sixteen.” “Let’s Rock” has already received critical praise, with Paste saying, “If you want something you can crank up at backyard barbecues or in the car with the windows down, well, The Black Keys have two words for you, and they’re in the album title,” and the Wall Street Journal adding, “The Black Keys have mastered the form of guitar-based music, and the craft at work on these dozen songs is something to behold.” The band also is featured in this Sunday’s New York Times Arts & Leisure section and were profiled on CBS This Morning, which can be seen here. The Black Keys’ thirty-two city North American tour begins September 23 (full schedule below). “Let’s Rock” is available on all formats here.

The duo made history in May 2019 with their song “Lo/Hi,” which topped Billboard’s Mainstream Rock Songs, Adult Alternative Songs, Rock Airplay, and Alternative Songs charts, making it the first time any song has reached #1 at all four formats simultaneously. Listen to “Lo/Hi” here.

“Let’s Rock” was written, tracked live, and produced by Auerbach and Carney at Easy Eye Sound studio in Nashville and features backing vocals from Leisa Hans and Ashley Wilcoxson. “The record is like an homage to electric guitar,” says Carney. “We took a simple approach and trimmed all the fat like we used to.”

The “Let’s Rock” Tour will hit major cities (full dates below). Special guests Modest Mouse will provide support on all dates, and Shannon & The Clams, Jimmy “Duck” Holmes, *repeat repeat, and Jessy Wilson will each open select shows on the tour. The band also headlines 2019’s Life Is Beautiful festival in Las Vegas on Saturday, September 21. Tickets for all dates are on sale here.

Since their last album together, both Auerbach and Carney have been creative forces behind a number of wide-ranging artists:

Dan Auerbach formed the Easy Eye Sound record label, named after his Nashville studio, in 2017, with the release of his second solo album, Waiting on a Song. Since its launch, Easy Eye Sound has become home to a wide range of artists including Yola, Shannon & The Clams, Dee White, Shannon Shaw, Sonny Smith, Robert Finley, and The Gibson Brothers; it also has released the posthumous album by Leo Bud Welch as well as previously unreleased material by Link Wray.

Listen to all the songs now: