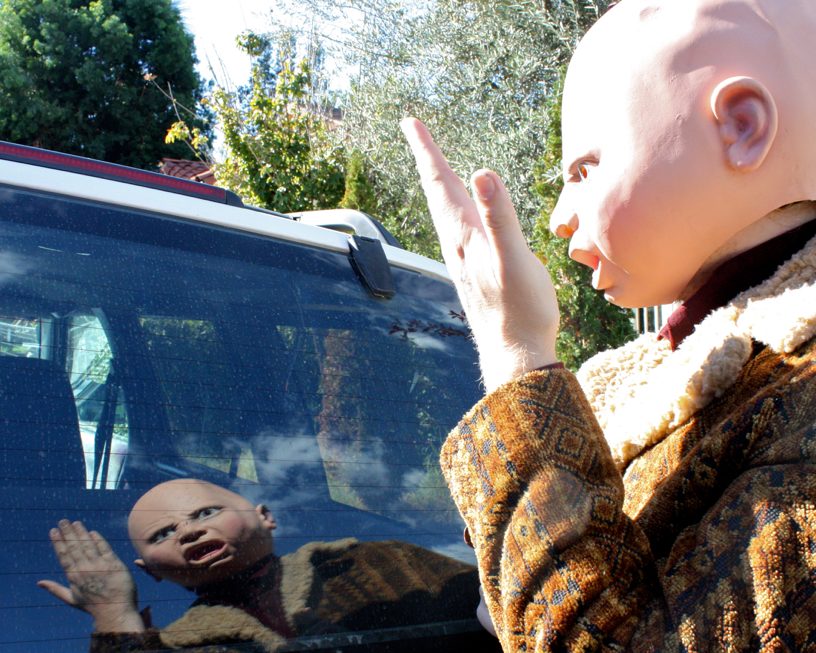 It’s been a gnarly ride leading into the release of Ty Segall’s new album, Emotional Mugger! Beginning with random receipts of a rare VHS promo, leading into the launch of www.emotionalmugger.com which featured the “What Is ‘Emotional Mugging” demonstrational video, followed by the emergence of the Emotional Mugger Hotline (#1-800-281-2968), and then a creepy as f**k video of a bunch o’ babies performing Emotional Mugger’s “Candy Sam,” and finally, the recent unveiling of who those Baby Big Men are, emotional mugging has been oozing out from every crevice! And while the release date is just one week away and anyone with a computer can finally stream this naughty beast (for the next week only!), the Emotional Mugger ride has really only just commenced!

A delirious, deranged and downright sketchy trip through the glass darkly of LA’s glittery facade, Emotional Mugger, the first new Ty Segall album since summer 2014, tumbles with bite-size bangers in between funk ‘n’ smut jams. Visceral, incisive and even FUN, Emotional Mugger finds Ty exploring a new palette of exploding studio fry-jinks. Like going to the candy stand to demand fistfuls of bulk candy – feels so wrong, yet so right! Who knows what they put in that stuff – ooey-gooey vocals, sour gummy guitars, rock candy noise, melted baby doll heads, ecstatic revelry dug deep within the darkness of modern existence?!

Via Drag City
Via iTunes
Via Amazon