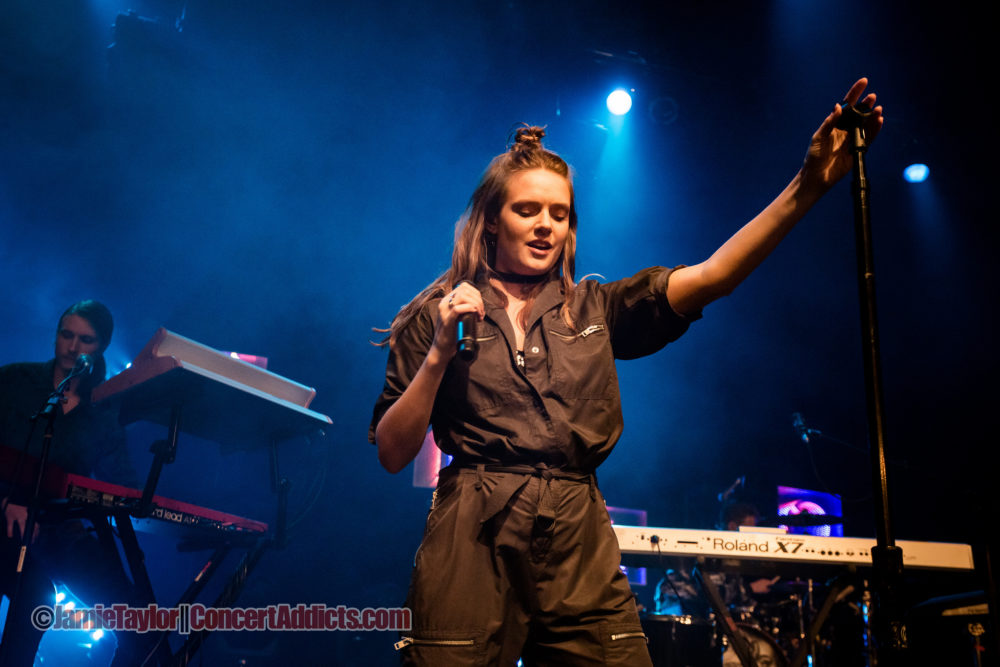 Check it out right now:


According to the press release:

The new album is the long-awaited successor to Tove Lo’s landmark debut album of 2014, the RIAA platinum “Queen Of The Clouds,” which included “Habits (Stay High),” the career-catapulting 5x-platinum global #1 hit that has surpassed 1 billion Spotify streams, and introduced her to U.S. audiences; and the double-platinum follow-up, and “Talking Body” (#3 on Billboard Pop Airplay, #12 on the Hot 100). Tove Lo has also been the featured artist on tracks by fellow Island artist Nick Jonas(“Close”), Coldplay (“Fun”), Years & Years (“Desire”), Broods (“Freak Of Nature”), Flume (“Say It”), and Alesso (“Heroes”).

“cool girl,” inspired by the twisted thriller Gone Girl, is produced by fellow Swedes and frequent collaborators the Struts. Hypnotically catchy, “cool girl” contemplates the hollowness and ironies of affecting an easygoing, feminine persona. “When you create, you try to get out of your safe zone,” saysTove Lo, who writes her own music and lyrics. “It’s okay to be pissed off or depressed. You’ll pick yourself back up. We shouldn’t be so scared of our emotions.” “cool girl is about our weird need to play the game of “whoever feels less, has the power” in relationships. You think you want someone who doesn’t want you, or you want someone who isn’t fazed by anything you do. Really we all just want full on, real love.”

Tove Lo will be direct support on Maroon 5’s arena tour, their only North American dates of 2016, which begins September 3rd at AT&T Center in San Antonio, TX. The 6-week, 26-city tour of the U.S. and Canada will end at Oracle Arena in Oakland, CA, on October 16th. (See below for full list of tour dates and ticket information).