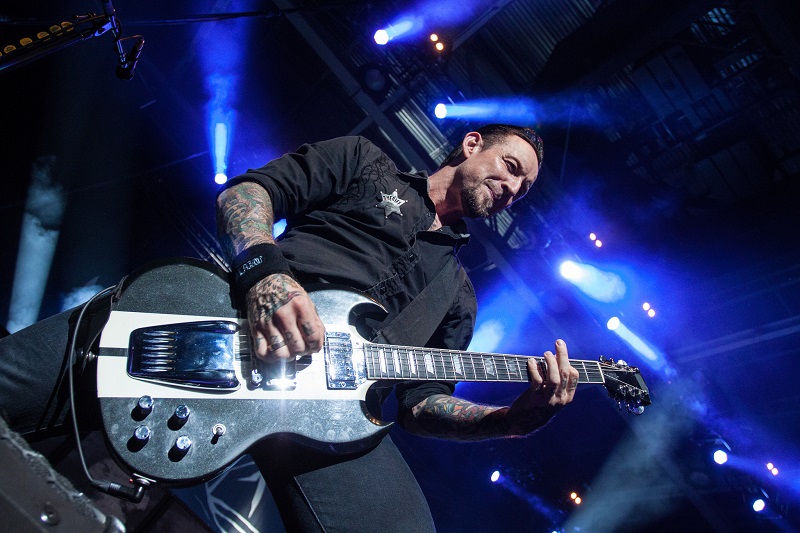 Danish rockers Volbeat have released a track from their upcoming album Rewind, Replay, Rebound (due out August 2nd) called “Pelvis On Fire” fire.

Per the official press release –
Today multi-platinum Danish rock band Volbeat debut their new song “Pelvis on Fire,” a cheeky nod to the fun and frivolous rock of yore. “It’s a pure rock ‘n’ roller,” according to Poulsen. “When you hear songs from the ‘50s and ‘60s, and read the lyrics, they are not that deep. But it sounds great. It is a feeling. It’s a movement. It’s sexuality. It’s emotional and that thing we feel when we hear good rock ‘n’ roll.” Listen to “Pelvis on Fire,” off Volbeat’s forthcoming Rewind, Replay, Rebound (August 2nd, Republic Records) here.

Volbeat’s 29-date tour tour in support of Slipknot, on their extensive Knotfest Roadshow North American Touras special guests, will kick off today in Mountain View, CA with additional stops in Salt Lake City, Phoenix, and Austin (full dates below).  Tickets for these dates are on sale now here.