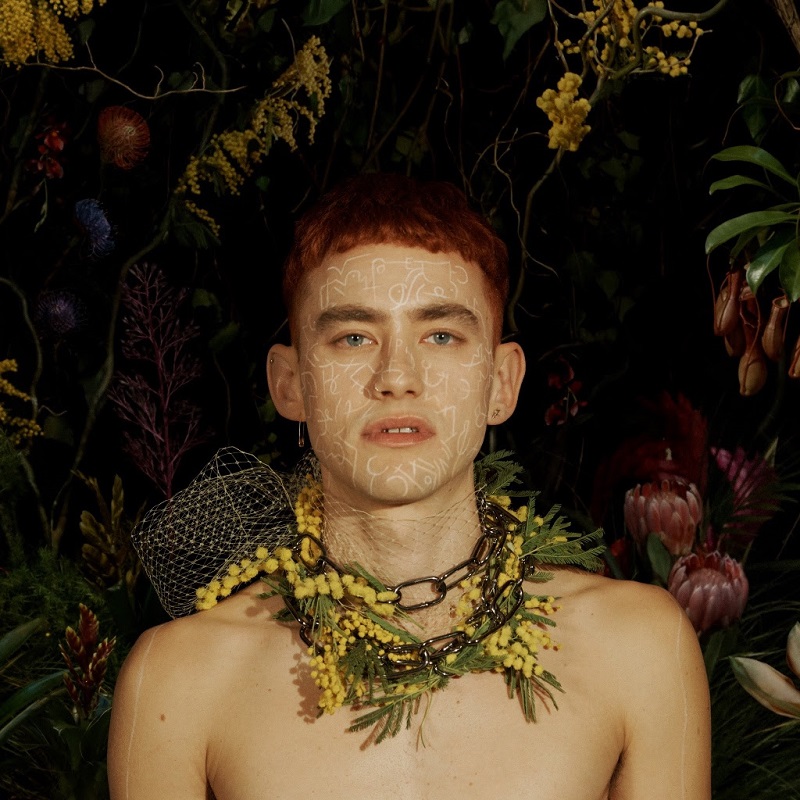 ‘Palo Santo’ was created from the imagination of singer Olly Alexander, where he could be his “freest self, not tied to a gender or sexuality.” In this thrilling parallel universe, light years from here, Palo Santohas steadily been revealed to the world in a series of videos, narratives on and offline, finally climaxing in every sense of the word by way of their recently revealed live show, and newly released short film and album, out today.

The confidence that propels the full-blooded fantasia of Palo Santo connects to where we are as a country, as a world, at a stark moral cross roads, between left and right, old and young, hypocrisy and truth, right and wrong. It is about pop music taking the reigns, steering us out of the terrestrial universe and rethinking everything from the outside. It’s about outlier pop as futurism, once more, about offering solutions when the world is failing you. ‘Palo Santo’ is a new frontier in every sense of the word. ‘I thought, why not aim as high as possible? You only get one life and one chance. Now it’s here and finished, I can’t believe we’re actually doing it.’ Says front-man Olly Alexander. Ultimately, it is driven by a deeply personal and only occasionally otherworldly life force. ‘Now I’m not afraid of what people think of me,’ he continues. ‘That’s a new feeling for me.’

‘Palo Santo’ the album features their official single ‘If You’re Over Me,’ which has now entered the Top 10 single charts in their native UK and continues to gain traction on U.S radio this summer. The album also includes fan favorites such as ‘Sanctify,‘ ‘All For You‘ and the recently released album namesake track ‘Palo Santo‘.

‘Palo Santo’ confirms Years & Years’ ascension to the world stage. At the core of it all is Olly Alexander,a once-in-a-generation front-man who understands more than most his responsibility as a pop star. His personal leap forward in scope and ambition is reflected in the album’s colorful mix of collaborators, which range from Kid Harpoon, Greg Kurstin, Julia Michaels and Justin Tranter to Steve Mac, Jessie Shatkin and Sarah Hudson. On ‘Palo Santo’, Years & Years’ impact on pop feels truly tribal, one in which the minority is always the majority, and everyone is welcome.

For more information go to:
www.yearsandyears.com