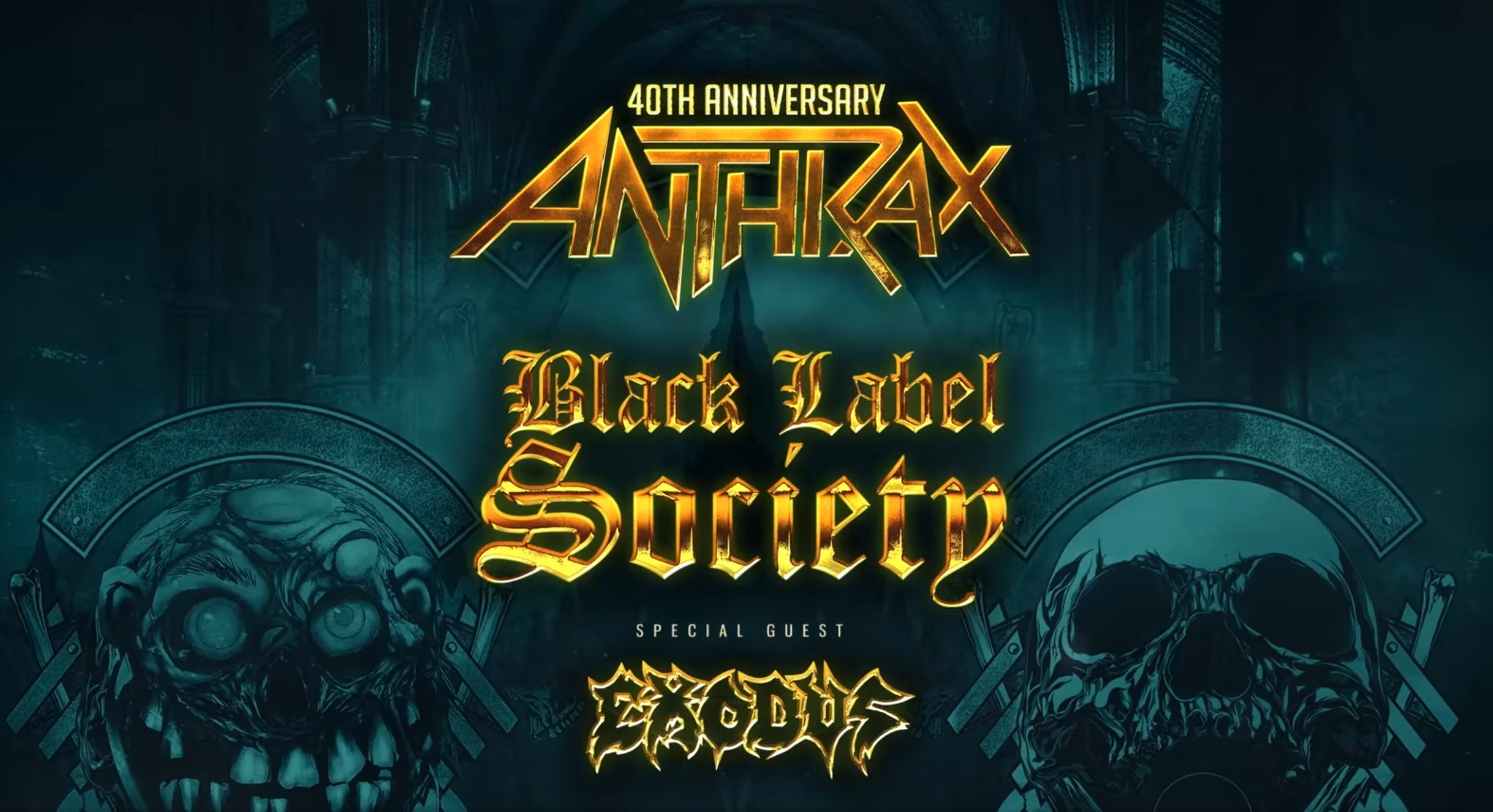 Someone once said that “anything worth doing is worth doing twice.” So, Metalheads, 2023 is going to kick off with a brand new round of some of the finest thrash and heavy metal to grace North American stages. Co-headliners Anthrax and Black Label Society, who tore through the country this past summer with their iconic thrash/heavy metal, will be heading back on the road for a 24-date tour, making stops in all new markets, with both bands playing headline sets. Joining Anthrax and Black Label Society as Special Guest on this run will be Northern California’s thrash metal gods, Exodus. The tour launches on January 17 at the Revolution Concert House in Boise, ID, wrapping in Oakland, CA at the Fox Theatre on February 18. Tickets pre-sale details are below,* and the public on-sale begins Friday, November 4 at 10:00AM local time. Log onto https://www.anthrax.com/tour or http://blacklabelsociety.com for all ticket purchasing information.

Citi is the official card of the Anthrax and Black Label Society Tour.  Citi cardmembers will have access to presale tickets through the Citi Entertainment program.  For complete presale details, visit www.citientertainment.com

As this tour will take the bands to different markets than last summer’s did, the multi-Gold and Platinum, card-carrying member of the Big Four, six-time GRAMMY-nominated Anthrax looks forward to continuing the celebration of its landmark 40th anniversary (now in its 41st year) with fans. According to the band, “We are so pumped to be hitting the road again with Black Label Society. We had such a great time when we toured with them earlier this year, that we had talked about doing it again when we were still on the road together. And, having the guys from Exodus on the bill as Special Guest, will definitely make this a tour not to miss.”

Said Black Label Society’s Zakk Wylde, “ANTHRAX is one of The BESTEST LEGENDARY METAL/THRASH BANDS of ALL TIME – I have been buds with SCOTTY, CHARLIE, FRANKIE & JOEY for over 3O years & they are some of the BESTEST people you will meet. JON is The BESTEST new addition ANTHRAX could ask for. The ANTHRAX + BLACK LABEL SOCIETY & EXODUS TOUR is going to be one of the BESTEST TOURS EVER!!”

“Exodus are super stoked to announce that we will be touring with Anthrax and Black Label Society,” said the band’s Gary Holt. “Touring with our long-time friends in Anthrax is always an epic good time, and now we get to tour with BLS and watch Zakk and company rip it up nightly too! Going to be awesome and we will be bringing our unique brand of audio violence to every city! Let the metal roll!”

Dates for the Anthrax/Black Label Society/Exodus North American tour are as follows: