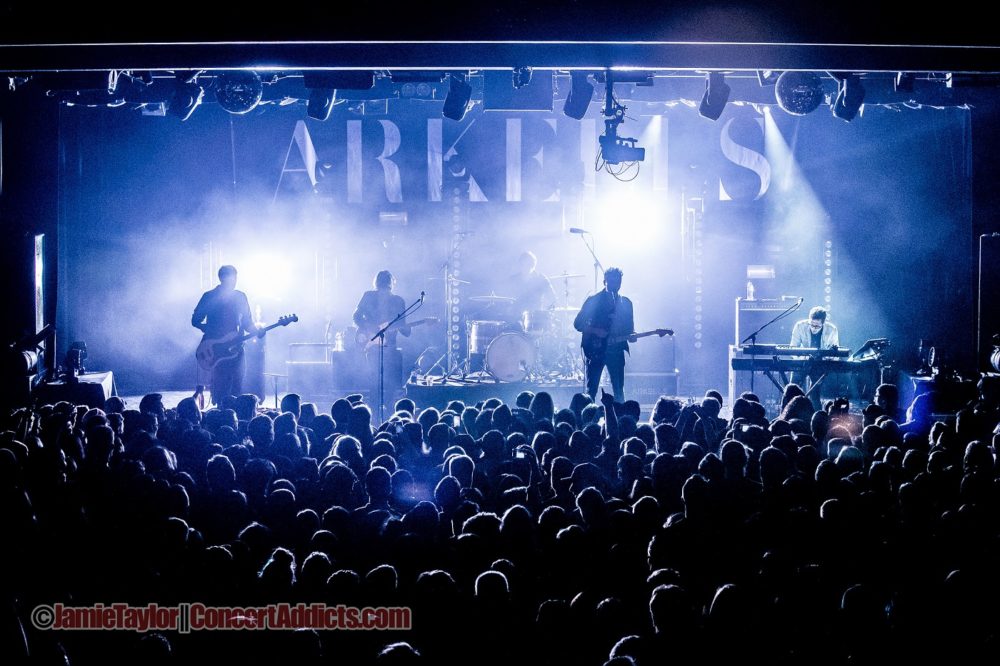 Arkells announce 2017 North American tour dates with English folk troubadour Frank Turner and The Sleeping Souls. The band, who are currently finishingup dates with alternative rock band KONGOS, will join Turner this fall for a handful of East Coast dates before Turner takes over the support roll for Arkells’ two SOLD OUT headlining shows at Massey Hall in Toronto.

“I don’t think we’ve ever toured with such kindred spirits,” saysArkells front man Max Kerman with regards to the pairing. “They embody everything I love about rock’n’roll, and they make us bring our A-game every night. Our biggest shows yet deserve the best lineup, and that’s what we’ve got here.” After a string of dates together, Turner recently tweeted, “I’m totally mainlining Arkells new record. It’s so FUCKING GOOD.”

Arkells will kick off their 2017 tour dates with Turner on Jan 19 in Silver Spring, MD at The Fillmore. The band will hit several major markets, including Philadelphia, Chicago, Los Angeles, San Francisco, and New York City for a special appearance at the Beacon Theatre. Tickets will go on sale this Friday, October 21 and 10:00am local time. See below for a full list of tour dates.

Earlier this month Arkells released the video for their single “My Heart’s Always Yours.” The video features the band being observed in a collection of unique art installations. When coming up with a video concept the band decided to turn to Alyssa Pankiw of the interactive media production company, The Young Astronauts.