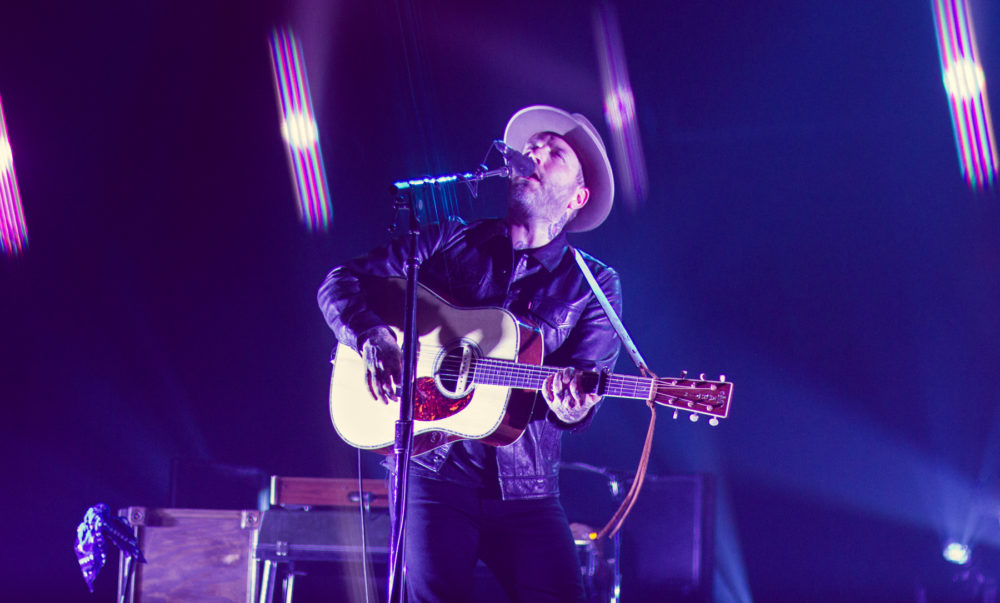 “I always think of the relationships in my life that have been fractured because I ended up doing what I do for a living,” says Green regarding the inspiration for the new song. “I’m always gone, wandering around and singing songs. However, it weighs on my family and friends. I’m asking for ‘one more year’. I left home at 21 to go play my guitar. It’s lonely, but it’s because I yearn to wander. I’m aware of how lucky I am.”

A North American tour was also announced today alongside previously announced summer festivals. A Canadian arena tour kicks off in Victoria, BC on November 8 and ends on the opposite coast in Halifax on November 29. Each ticket, purchased online, for the Canadian tour includes the choice of a digital or physical CD copy of the forthcoming full-length album. Purchasers will receive instructions via email upon ticket purchase, detailing how to redeem the album. Joining City and Colour as support is Nigerian-born British singer-songwriter Jacob Banks, and B.C. based songwriter Ben Rogers, the first signing to Green’s Still Records.

A U.S. run kicks off October 9 and features 2 back-to-back nights in Nashville, San Francisco, Los Angeles, Boston and New York. One night in each city will take place in a seated theatre, featuring Green performing an intimate solo show with stripped-down iterations of songs spanning his award-winning catalogue – something fans have been requesting for years. The additional night in each city will take place in general admission rock venues and feature Green performing with his full touring band. Supporting City and Colour in the U.S. will be Ben Rogers (solo shows) and alternative singer-songwriter Ruby Waters (full band shows). In keeping with Green’s penchant for showcasing emerging artists that he believes strongly in, he personally chose both Rogers and Waters as openers.

Both the Canadian and U.S. tours will go on sale Friday, June 7 at 10am local time. Pre-sales will begin starting Tuesday, June 4. Visit cityandcolour.com for specific details for each city.