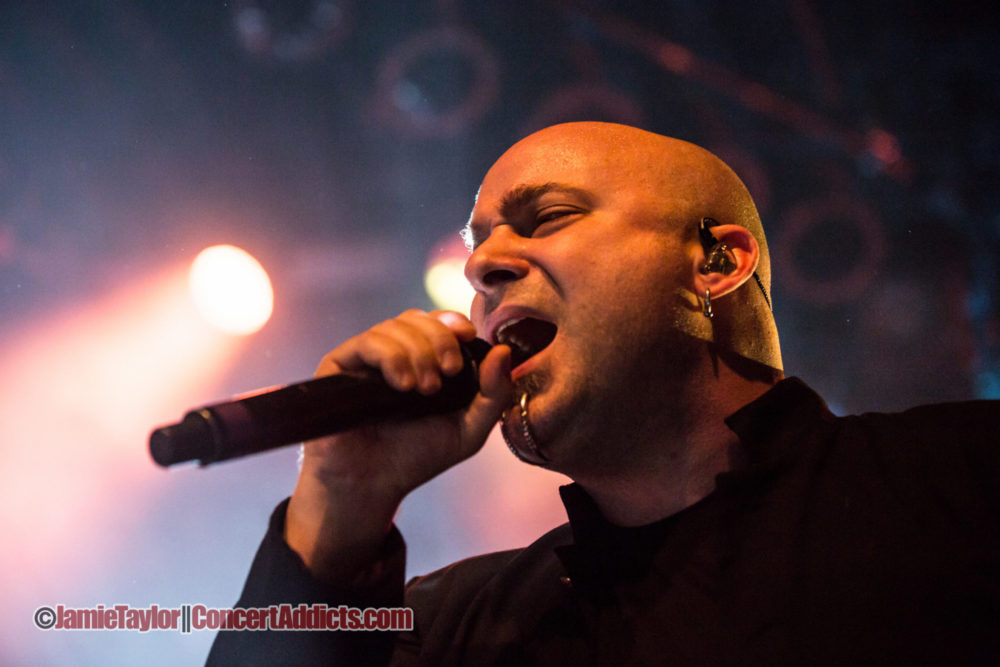 This morning, two-time Grammy-nominated and multi-platinum band, Disturbed confirm the rescheduled 2021 dates for their The Sickness 20th Anniversary Tour, co-produced by Frank Productions and Live Nation. The amphitheater tour, with very special guest Staind and Bad Wolves, will begin on July 7th, 2021 at iTHINK Financial Amphitheatre (full dates below) and all previously purchased tickets will be honored for their rescheduled dates. The Sickness 20th Anniversary Tour celebrates the two-decade anniversary of the band’s seminal album, The Sickness. On this tour, the band will perform songs off the album, as well as tracks from their most recent studio release, Evolution, and their extensive catalog. Tickets for all shows are available here.

All dates on this tour have been rescheduled with the exception of the Chula Vista, CA show, for which tickets will automatically be refunded. If ticket holders cannot attend the new rescheduled date or would prefer a refund, they will receive an email directly allowing them to request one. For any further ticketing inquiries, please visit livenation.com/refund or reach out to your point of purchase.

Disturbed have continued their record-breaking streak at rock radio, claiming the title of “2019’s Most Played Artists” in the Active Rock format. The band earned their seventh consecutive #1 on the Mediabase Active Rock Chart and Billboard’s Mainstream Rock Songs Chart with their latest single “No More,” an achievement unmatched by any artist in history. Disturbed have earned ten #1 singles on the chart, including “A Reason To Fight,” the track that initially broke the record earlier this year. “No More” is the third top-charting single from the band’s #1 album, Evolution (Reprise Records).