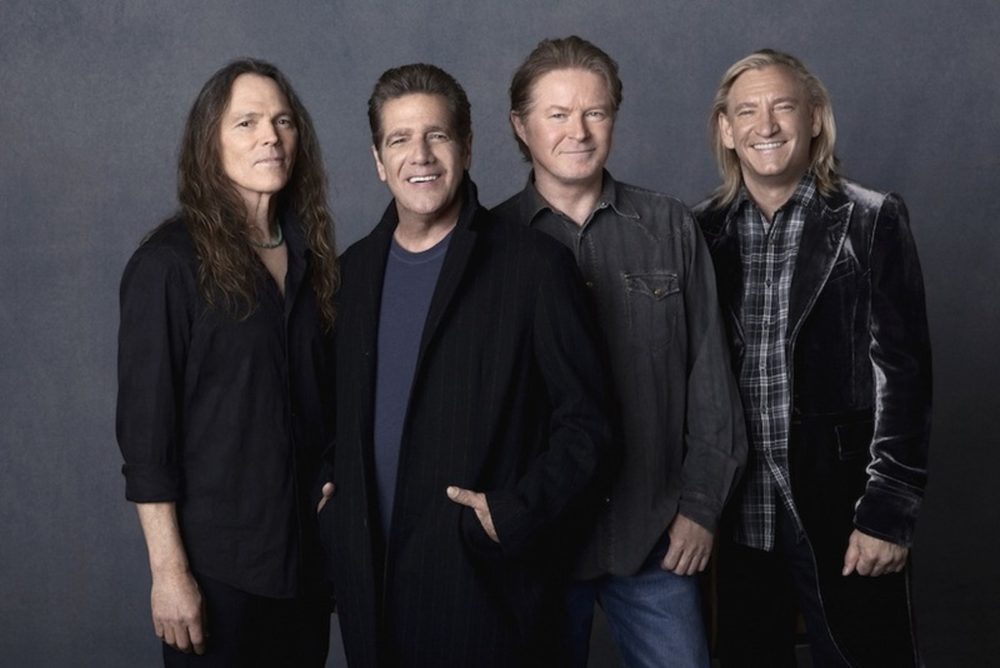 The Eagles – Don Henley, Joe Walsh & Timothy B. Schmit, with Vince Gill and Deacon Frey – have set initial tour dates for 2018, beginning March 14 in Chicago, Illinois through July 28 in Philadelphia, Pennsylvania, with additional concerts expected to be announced shortly. The tour will feature stadium concerts in Orlando, Miami, Denver and Minneapolis with Jimmy Buffett and the Coral Reefer Band; Washington D.C. and Philadelphia with James Taylor & His All-Star Band; and Dallas, Texas with Chris Stapleton sharing the bill; with all other dates as an “Evening with the Eagles.”

Jimmy Buffett and the Coral Reefer Band will open the shows in Orlando, Miami, Denver, and Minneapolis.

James Taylor & His All-Star Band will open the shows in Washington, DC, and Philadelphia.

Chris Stapleton will open the show in Arlington, TX.

The following cities are billed as “Evening with the Eagles” arena concerts with no openers; Chicago, Nashville, Vancouver, and Toronto, Boston.