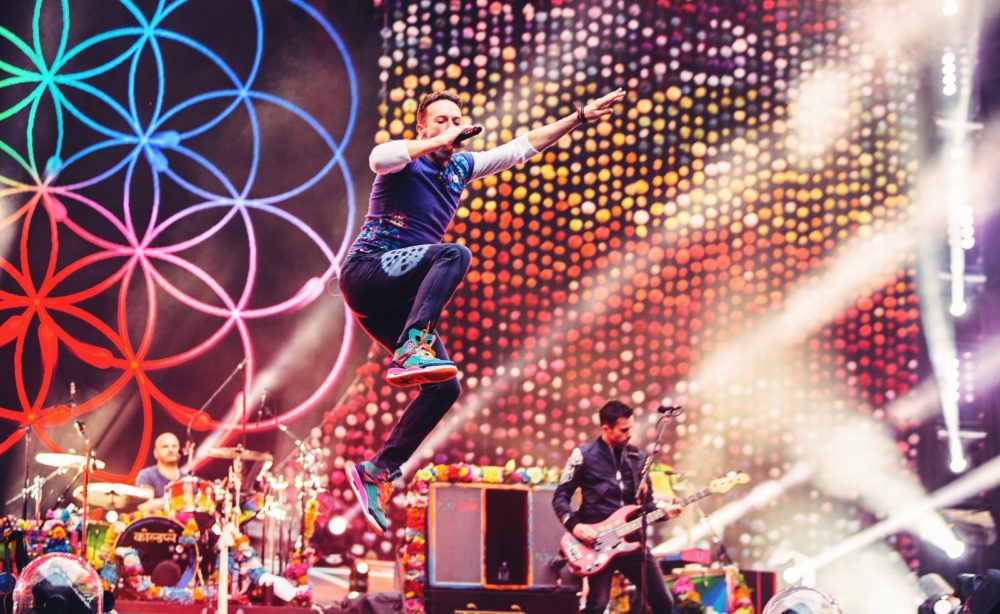 British rock band Coldplay announced their 2017 run of North American stadium and arena shows for their “A Head Full Of Dreams Tour,” including the band’s first Canadian dates in five years.

Since March of this year, the “A Head Full Of Dreams Tour,” produced by Live Nation Entertainment, has played to 2.5 million people across Latin America, the U.S. and Europe. The show was created by the band alongside celebrated production designers Misty Buckley and Paul Normandale. The tour reaches Australia and New Zealand in December.

A Head Full Of Dreams has sold more than five million copies since its December 2015 release. The videos for the album’s hit singles – “Adventure Of A Lifetime”, “Hymn For The Weekend”, and “Up&Up” – have more than a billion YouTube video views combined. The band has also won seven Grammy awards to date.

Take a peek at the tour video to get yourself amped up: