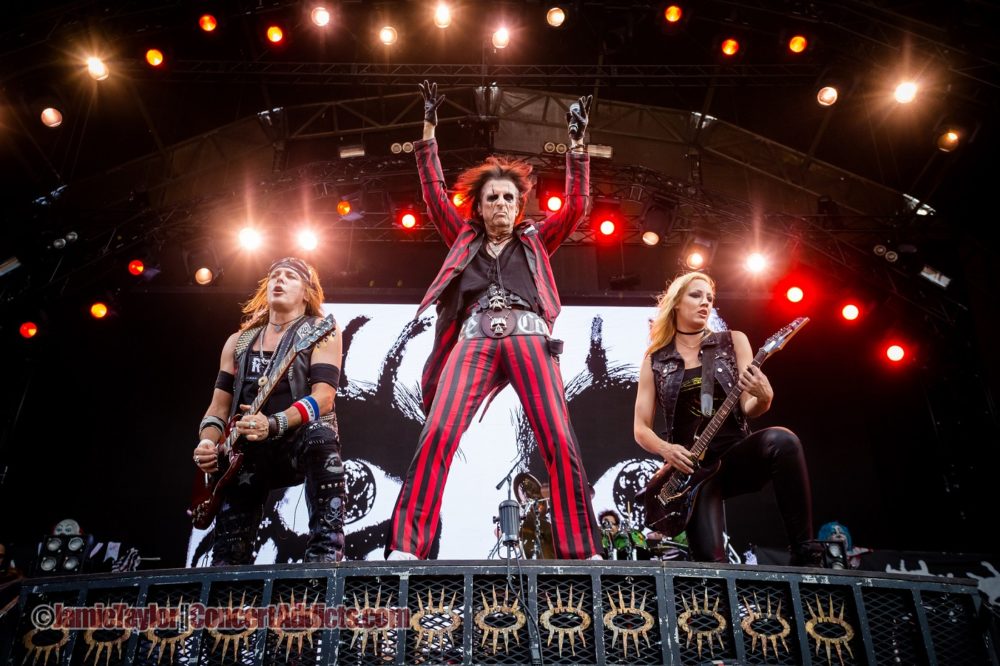 Known as the architect of shock-rock, Cooper (in both the original Alice Cooper band and as a solo artist) has rattled the cages and undermined the authority of generations of guardians of the status quo, continuing to surprise fans and exude danger at every turn, like a great horror movie, even in an era where news can present real life shocking images.

Alice pioneered a grandly theatrical brand of hard rock that was designed to shock. Drawing equally from horror movies, vaudeville, and garage rock, the group created a stage show that featured electric chairs, guillotines, fake blood and boa constrictors. He continues to tour regularly, year in and year out, performing shows worldwide with the dark and horror-themed theatrics that he’s best known for.

Alice’s catalog of hits and anthems, including “I’m Eighteen,” “No More Mr Nice Guy,” School’s Out,” “Elected,” “Poison,” and others, are featured in his live show, along with a mix of newer songs, album cuts, and a sequence of cover songs, tributes to his “dead drunk friends,” that inspired a spin-off group, the Hollywood Vampires with friends Johnny Depp and Joe Perry.

As he heads back out on the concert trail with his own band or with The Hollywood Vampires, Cooper insists he’s still motivated to continue touring and recording albums, as well as making time for his most recent projects, including The Hollywood Vampires, as well as narrating the CD/interactive iphone & ipad app “Peter and the Wolf in Hollywood,’ an updating of the iconic story and classic music masterpiece, and also contributing guest vocals to Wish You Were Here Symphonic, an orchestral re-imagining of Pink Floyd’s classic music.