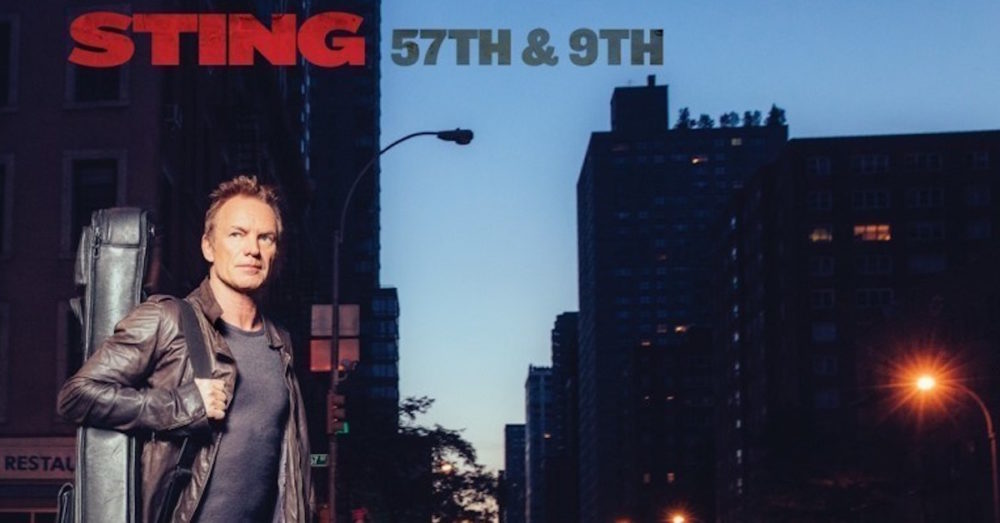 As 2016 drew to a close, English singer/songwriter Sting announced a massive tour behind his newest album release “57th & 9th“. The outing will touch down in North America, Europe, and Japan.

Sting will be joined by a 3-piece band on tour including his longtime guitarist, Dominic Miller, plus Josh Freese (drums) and Rufus Miller (guitar). Special guests include singer/songwriter Joe Sumner as well as San Antonio-based, Tex-Mex band, The Last Bandoleros.

Because of the intensity and passion with which Sting famously performs with, we know these shows will be in the upper echelons of legendary concerts fo 2017. It is for this reason that we have selected “57th & 9th” as our featured tour for the month of January.

Sting’s twelfth solo studio album, “57th & 9th”, his first rock/pop project in over a decade, was released November 11 on A&M/Interscope Records. The ten-song collection represents a wide range of Sting’s musical and songwriting styles from the raucous, guitar-driven first single, “I Can’t Stop Thinking About You” to the ferocious, Road Warrior-style imagery of “Petrol Head” and the anthemic “50,000.” The album, produced by Martin Kierszenbaum, was recorded in just a few weeks with Sting’s long-time collaborators Dominic Miller (guitar) and Vinnie Colaiuta (drums), as well as drummer Josh Freese (Nine Inch Nails, Guns n’ Roses), guitarist Lyle Workman and backing vocals by the San Antonio-based Tex-Mex band The Last Bandoleros.