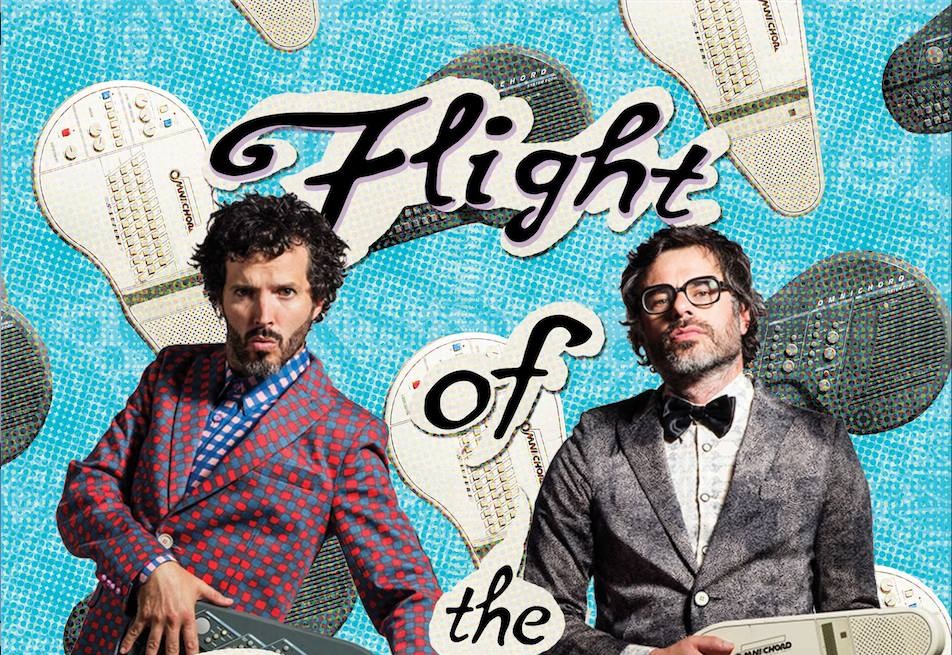 Jemaine Clement and Bret McKenzie are getting back at it for 2016. They have reignited the magic that is Flight Of The Conchords.

With an announcement on their social streams this morning, the New Zealand comedy duo advised:

AMERICA!
New tour dates this summer as “Flight of the Conchords sing Flight of the Conchords”. We’ve got new material, which we’ll be showcasing on the road. The tour begins on June 11th in the great Cleveland, OH and ends July 27th in Los Angeles, CA. Highlight stops include Red Rocks Park and Amphitheatre, Newport Folk Festival, and SummerStage NYC. Tickets go on sale this Friday March 4th at 10am. For tickets and more details visit http://smarturl.it/FOTCsingFOTC.

Before you delving into the tour dates, you should take as second to reminice with some good old fashioned – Hiphopopotamus vs. Rhymenoceros