On October 20th, GWAR will release a new studio album entitled “The Blood of Gods” via Metal Blade Records. In support of the new album, your Lords and Masters will leave their arctic slumber and return to the road to cause aural (and anal) devastation across North America. Joining in the chaos will be Ghoul, Doyle (10/20-11/5), He Is Legend (11/7-12/10) and U.S. Bastards. The tour kicks off in Richmond, VA on October 20th and runs through December 10th in Detroit, MI. The tour includes a stop in New York City on Halloween as well! A complete list of dates can be found below. 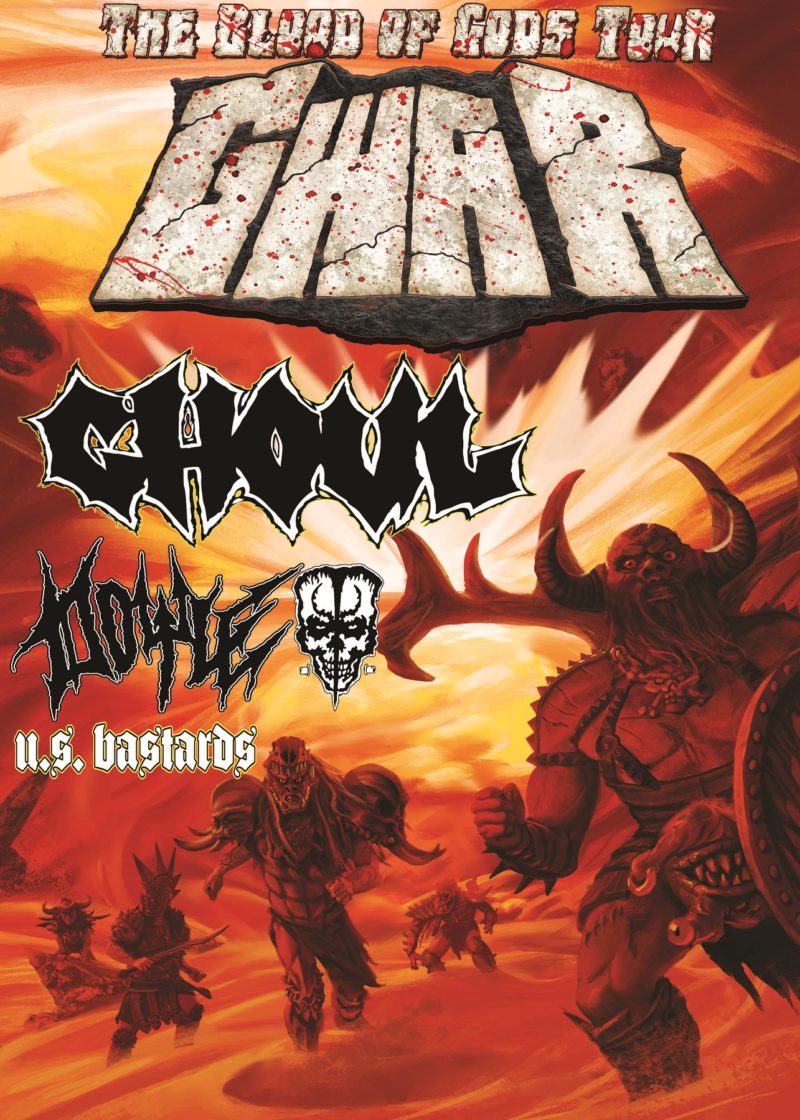