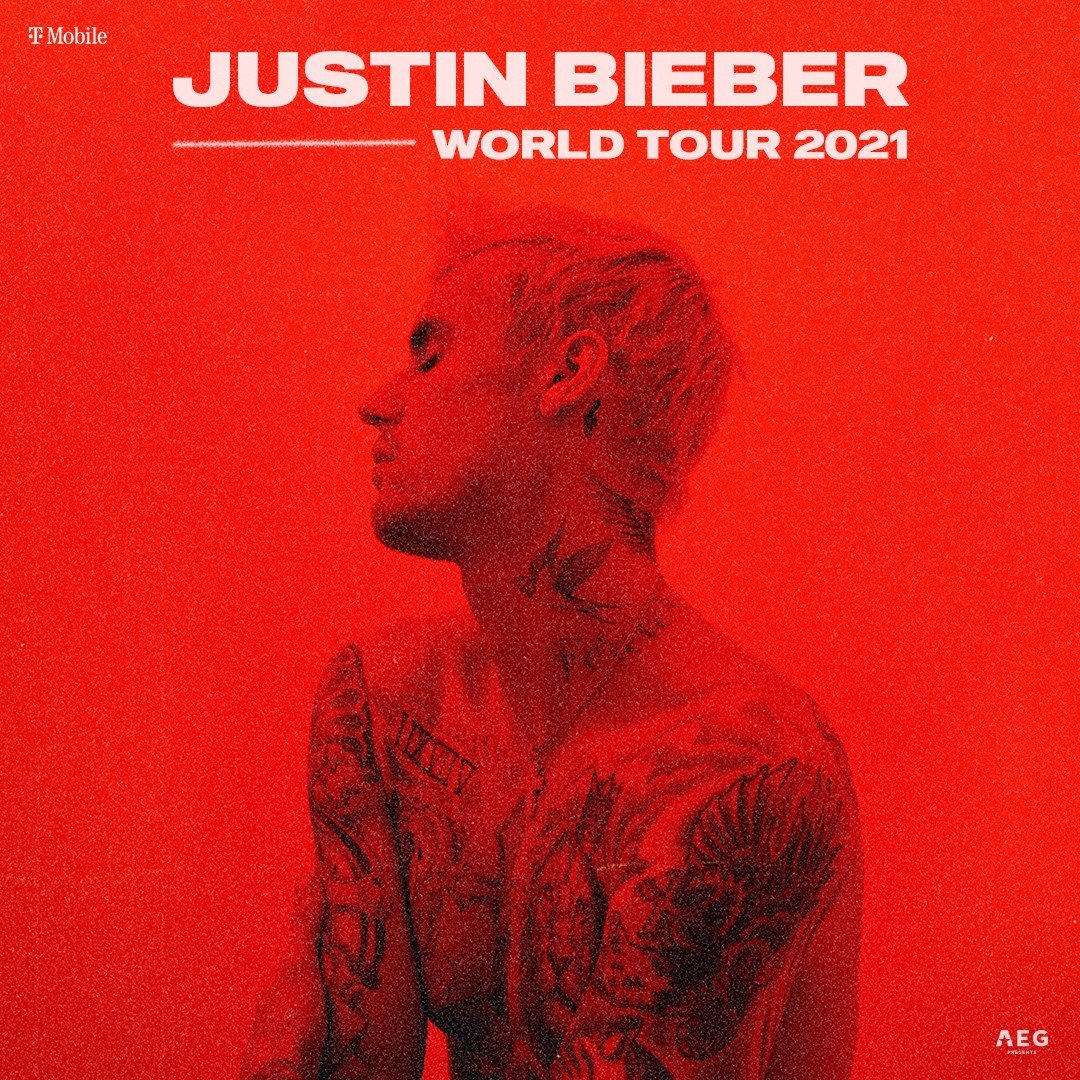 Grammy Award®-winning global superstar Justin Bieber, announced his rescheduled world tourdates today.  The tour was to kick off in May but was postponed this Spring for the safety and health concerns of the fans and crew.  The 45-date tour has been rerouted and the tour production has been redesigned and will no longer be stopping in stadiums or all markets. 19 new arena dates have been added to the Justin Bieber World Tour.  Kehlani and Jaden Smith who were originally scheduled to support the tour will not be appearing on the new dates as new support will be added at a later date.

The tour, promoted by AEG Presents, kicks off in San Diego at Pechanga Arena on June 2, 2021 and includes new arena stops in New York City, Boston, Atlanta, Chicago and more.

“I can’t wait to get out there and connect with my fans on this tour,” said Justin. “We’ve been through so much this year. More than ever, we’ve come to understand how much we need each other, and how meaningful these moments can really be.”

As the official wireless partner for the Justin Bieber World Tour, T-Mobile and Justin Bieber continue their successful partnership, forged in 2017 with their #UnlimitedMoves Super Bowl campaign. T-Mobile customers can get access to stage-front tickets at every U.S. tour stop, even the sold-out shows! Un-carrier customers can snag their Reserved Tickets starting 30 days prior to each show at first day prices – just another way T-Mobile thanks its customers simply for being customers.

A limited number of exclusive VIP Packages are also available. These exceptional offers can include an amazing selection of reserved seated tickets, custom merchandise and much more.

Additionally, $1.00 from each ticket purchased will be donated to the Bieber Foundation which is committed to supporting mental health wellness.