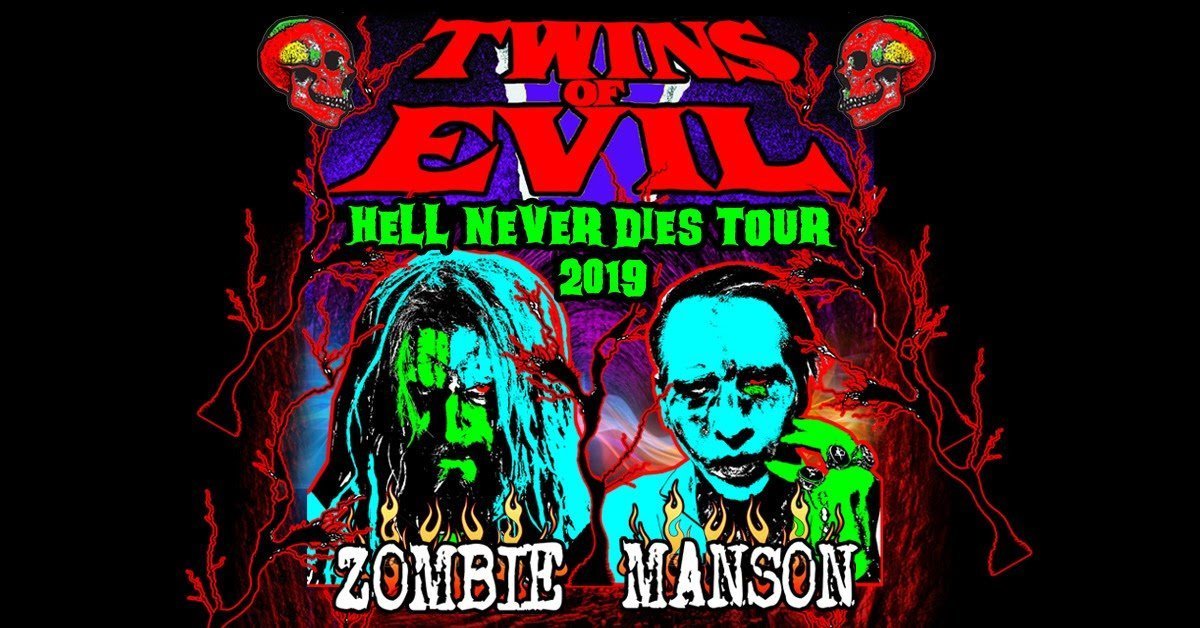 Rob Zombie and Marilyn Manson have just confirmed their notorious ‘Twins of Evil’ tour which Billboard said makes a “big rock show feel like not only the right place to be, but also the best.” Produced by Live Nation, the co-headlining ‘Hell Never Dies Tour 2019’ North American summer tour kicks off in Baltimore, MD on July 9 and makes stops at Rock USA in Oshkosh, WI and Rock Fest in Cadott, WI. See full list of dates below and at http://marilynmanson.com/#tour or https://robzombie.com/tour-dates
Tickets go on sale to the general public beginning Friday, February 22 at10am local time at LiveNation.com. Rob Zombie and Marilyn Manson will run artist presales beginning Wednesday, February 20 and fans can access a presale through Blabbermouth.com starting on Thursday, February 21. VIP packages will be available starting Wednesday, Feb 20.

Rob Zombie’s new album is due out later this year and he is currently putting the finishing touches on his new film Three From Hell. Marilyn Manson is working on the follow up to his critically acclaimed 2017 release Heaven Upside Down. More details on upcoming projects to be announced soon.

Listen to Zombie and Manson’s rendition of The Beatles “Helter Skelter” here: