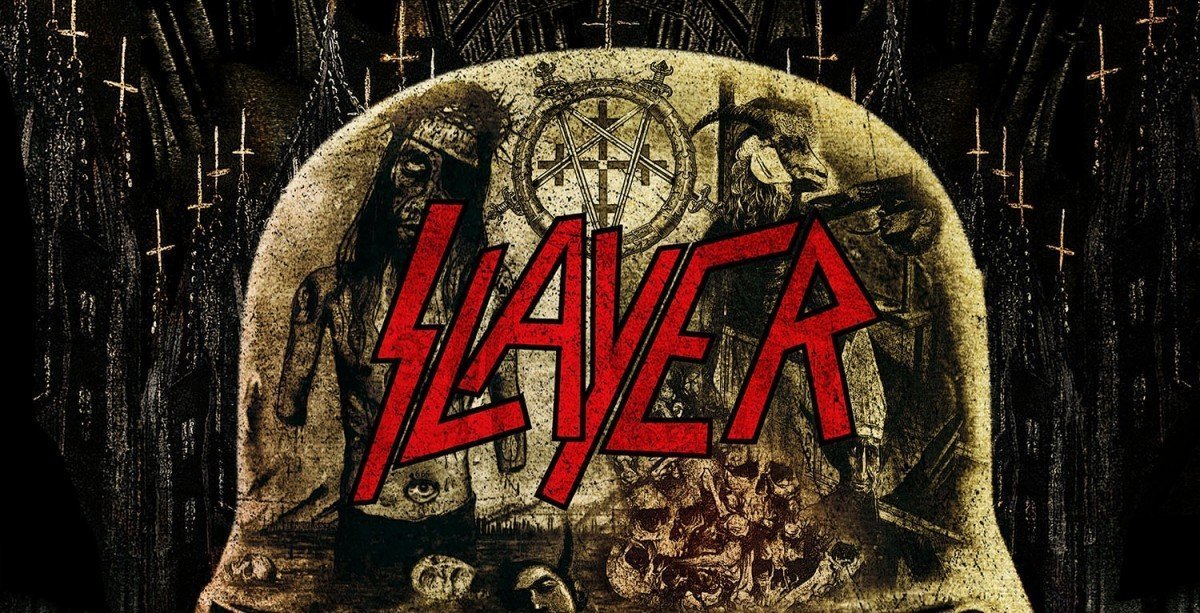 Twenty-fifteen has proven to be a pretty darned good year for Slayer. Ignoring the odds and naysayers, the band – Kerry King/guitars, Tom Araya/bass, vocals, Paul Bostaph/drums, and touring guitarist Gary Holt – wrote, recorded and released its first album since the death of founding member, guitarist Jeff Hanneman, and first with producer Terry Date. Slayer proved the doubters wrong with an album that SPIN called “as unrelenting as all of their previous,” Rolling Stone described as “…lean, quick, precise and brutal…” Loudwire deemed “…a potent release that is undeniably Slayer…” and Guitar World simply declared “The Metal Album of the Year.” Repentless sounds like a Slayer album…a sonic assault of brutal, ominous, lightening-fast and heavy-as-hell music, with lyrics that unmask what Slayer knows best – the terror, the corruption and the societal turmoil that dominates our world. As a member of The Big Four, Slayer didn’t just help define the thrash-metal genre, Slayer defines an attitude.

For this upcoming tour, fans can expect to hear many of their favorite Slayer songs selected from the band’s 30-plus year discography, as well as a few of the brand new ones. As the Austin Chronicle put it about one of Slayer’s recent shows, “[It was] one hundred minutes of just plain pummel…the group delivered fast, hard, no-frills bludgeon.”

With more dates to be announced, the first leg of Slayer’s 2016 North American tour is as follows: