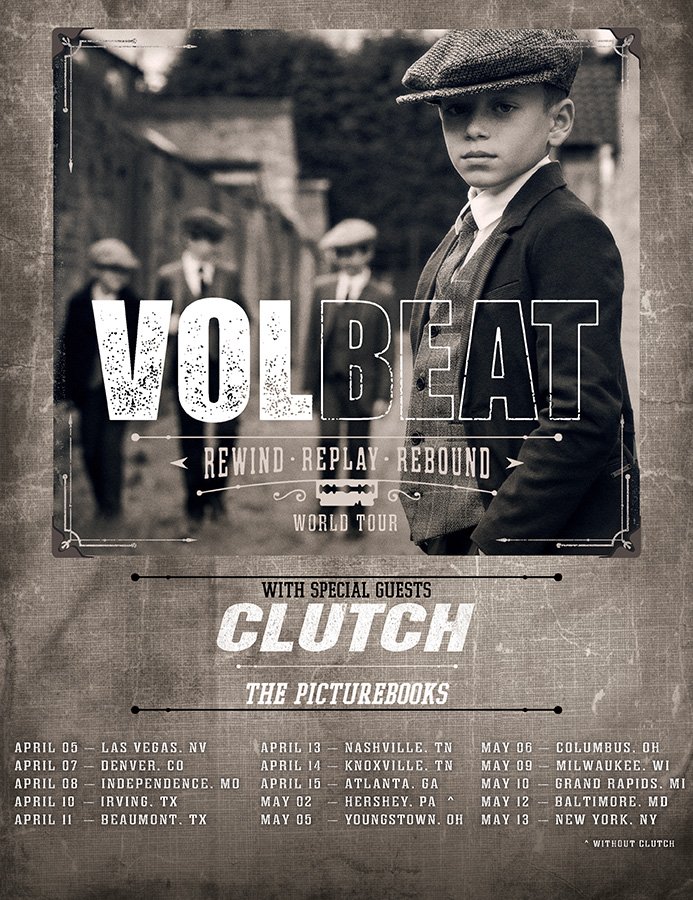 Danish heavy rockers Volbeat are jumping back on tour for 2020 on the “Rewind, Replay, Rebound World Tour” with American rock band Clutch.

Today, multi-platinum Danish rock band Volbeat confirm 15 U.S. headlining dates on their  “Rewind, Replay, Rebound World Tour” this April and May, bringing the tour to cities including Las Vegas, Nashville, Atlanta, Baltimore, and New York City (full dates below). Special guests Clutch will be direct support on all dates, with the exception of the May 2nd Hershey, PA show which will feature direct support from Gojira. The Picturebooks will open each night on this tour. Ticket pre-sales begin Tuesday, January 14th and general on-sales begin Friday, January 17 at 10am local time here. A limited number of VIP packages will also be available for purchase and include meet & greet and photo opps, exclusive merch items and priority check in with early entry to the show and early access to merch.