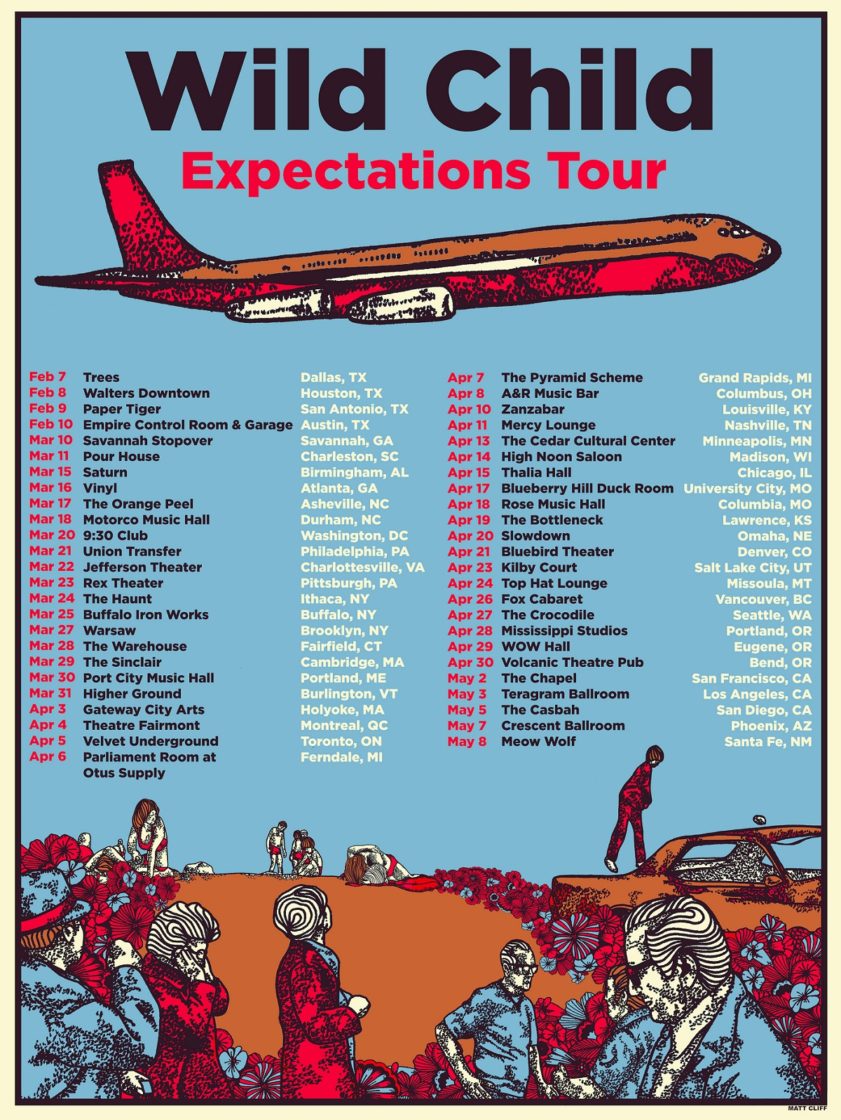 per the official press release:

Wild Child are thrilled to announce they will be touring extensively throughout the US and Canada this spring 2018 in support of their forthcoming record, Expectations, out February 9th on Dualtone Records. The news follows the release of lead singles “Think It Over” and “Expectations,” which earned placement on Spotify’s “New Music Friday” playlist. In conjunction with today’s tour announcement, Wild Child share a live takeaway video for the “The One,” one of the new album’s standout tracks. Directed by Aaron Brown, the video was filmed in Terlingua, Texas on the US-Mexico border, and features core members Kelsey Wilson and Alexander Beggins singing in perfect harmony.