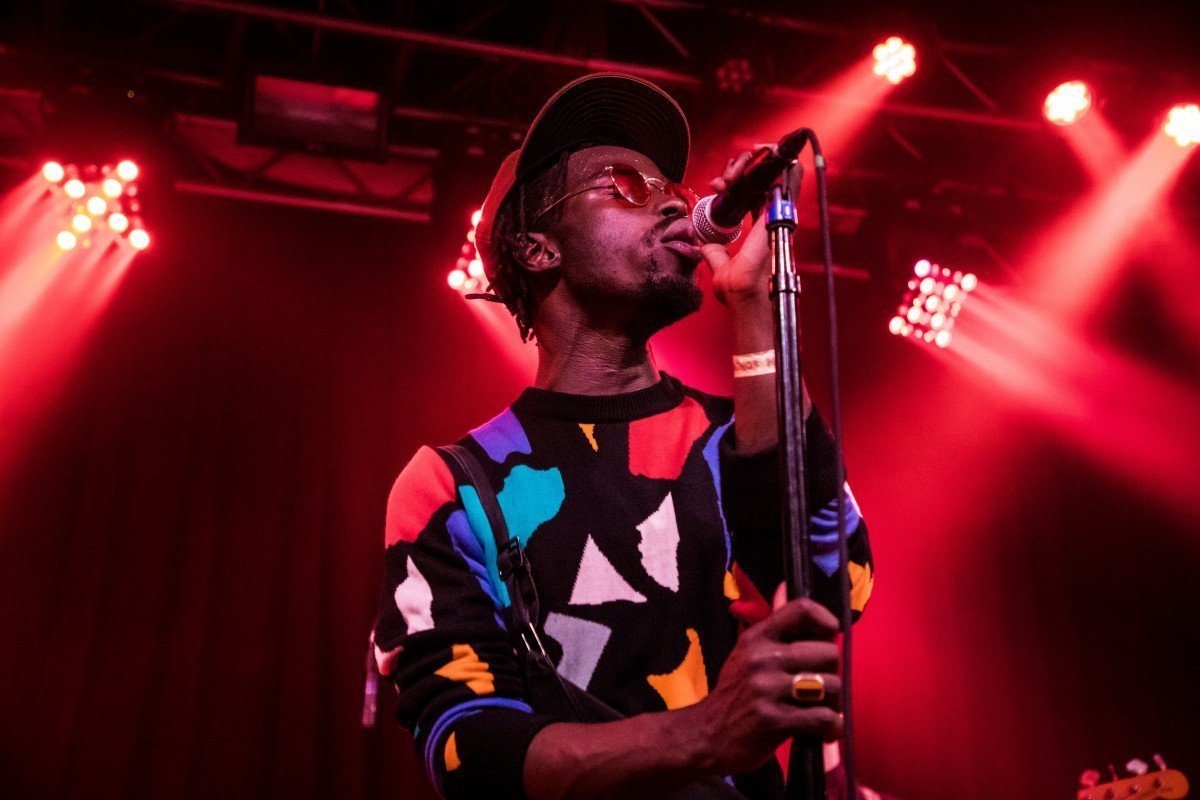 Black Pumas
Hot off their self titled debut LP release (June 2019), the Black Pumas hit the road this fall, winning audiences by the masses. The Austin based duo of former busker Eric Burton and grammy-winning Adrian Quesada have been acclaimed by NPR’s Here & Now as “the breakout band of 2019.”
After joining them for 3 nights of the tour, it’s easy to agree.

Eric Burton is the unassuming but charismatic frontman who cares for the crowd, inviting people to meet those around them before dancing and swaying the night away together. Before the show at the Rickshaw Theatre, he could be found standing front and center watching opening act Neal Francis, while no one was the wiser.

Before joining his bandmates on stage for the encore, Burton stood sipping his beer mid-crowd. Smiling my way, he acknowledged I was the only one who realized he was there. These little moments will become few and far between as the Pumas’ status begins to rise.

The other half of the Black Pumas duo, Adrian Quesada, remained the laid back guitar master, unleashing blistering solos on songs like “Black Moon Rising” and “Fire” with relaxed ease. His presence on stage can’t be missed, even when standing next to the electrifying Burton.

Quesada’s guitar prowess and outstanding production abilities contrasted with Burton’s enchanting and soulful vocals make this partnership a magical combination. Something truly special. Bringing together a soulful mix of blues, funk, RnB, jazz and rock n’ roll, the Black Pumas create a rich, textured sound with a warm soulful musicality. Their live show is just one long, slow burn, that you never want to end.

The Black Pumas are an instant favorite and are ones to closely watch.

Neal Francis
I stumbled on Chicago based Neal Francis back in March when he swung through town with the Cat Empire. At the time, only 2 songs had been released on Spotify, but that didn’t stop him from gaining a handful of adoring fans. Since then, Neal has released his debut album ‘Changes’ (Sept 2019).

As far as 2019 releases go, ‘Changes’ has turned out to be one of my favorites, and perhaps it’s partially due to an apparent lack of funk/soul/blues in the Vancouver scene. Listening to this record is reminiscent of a visit to New Orleans, where the culture and community are steeped in the genre. It makes me long for a scene similar to that thriving in Vancouver.

The release of his album has given me the chance to learn more of his songs and story, making his most recent opening sets all the more impactful. On a stage arranged with a keyboard, organ, and piano, Neal delivers a passionate performance with a soulful vibe of 70’s funk and R&B with intricate keys work and honest lyrics. The group of musicians he surrounds himself with enhances Neal’s already exceptional musicality.

I’m convinced it won’t be long before he’s back on tour, so get familiar with his music and get ready to join me at the show.