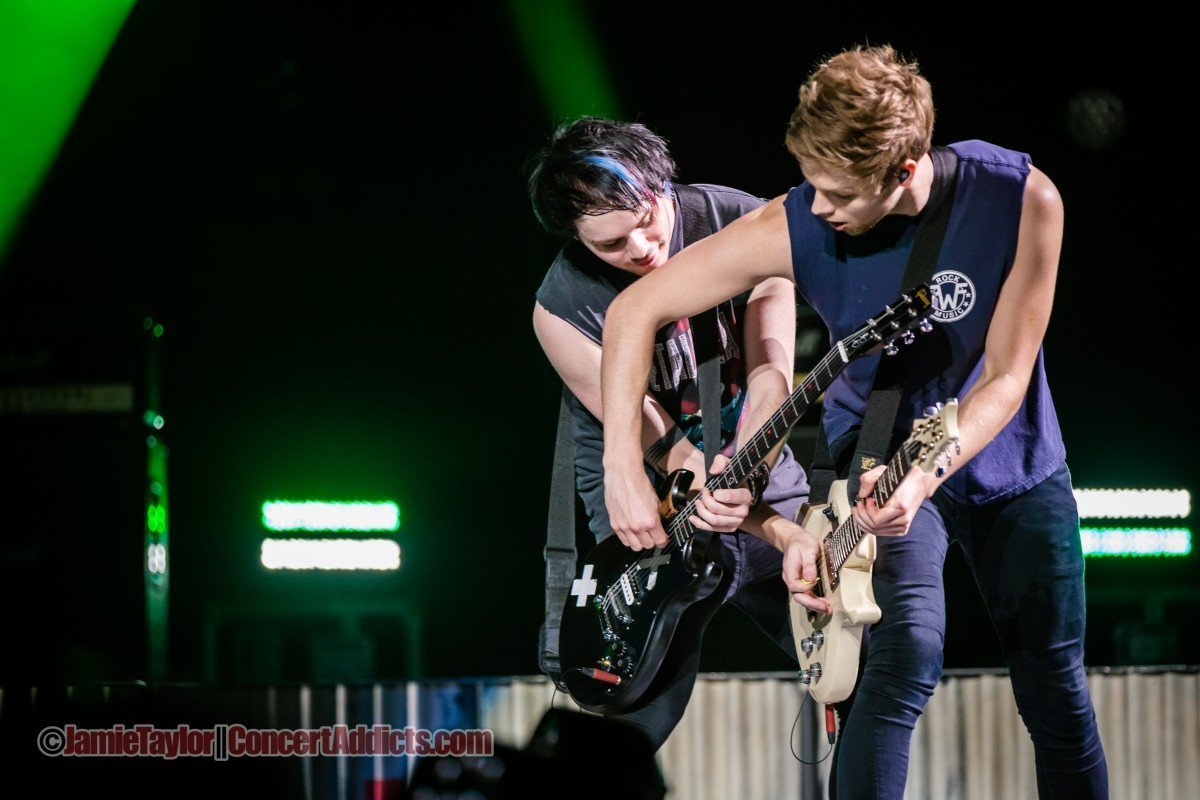 Piercing screams, anticipating concertgoers on their toes, and a countdown on the big screen; all I heard was a panicked “we have to wait another whole minute?” Lights flashing all around and then the screen started to break-up. No one could tell what the countdown was on and then suddenly, “10, 9, 8…” the screen came back into focus again “… 3, 2, 1” abrupt screams filled Rogers Arena. Every teenager in the lower mainland, especially the females, must have been out on July 25th, a cool Saturday night, to dance the night away with Australian pop-punk rockers 5 Seconds of Summer.

Earlier on in the night as the arena was filling up, the room became flooded with an array of crimped hair, plaid shirts, and bandannas. Openers Hey Violet did their part riling up the crowd, making it even more difficult to wait for the headliners. After Hey Violet’s set the arena was pumped with energizing punk-rock classics from the past. Kids were dancing in the aisles to Fountains of Wayne and Europe. When the main act took the stage, the focus was first on Ashton Irwin, who took the lead with a loud and fast drum solo, pumping his heartbeat into the crowd. Soon lead vocalist Luke Hemmings stole a spotlight at center stage, taking a punk stance, with guitarist Michael Clifford on the crowds left, and bassist Calum Hood on the crowd’s right hand side. The boys of 5SOS seemed right at home on stage. Between songs on their set list they playfully told the crowd about how Australians and Canadians get along so well. Throughout the show, the boys stayed interactive with the fans, whether it was telling the crowd a story, a joke, or instructing which part of the crowd to sing a specific line in a song. 5SOS had their adoring fans at their feet, watching their every move, and taking their every cue. It’s impossible to tell which member is the biggest fan favorite; fans were screaming left and right, gifting us all with fuzzy ears leaving the show. 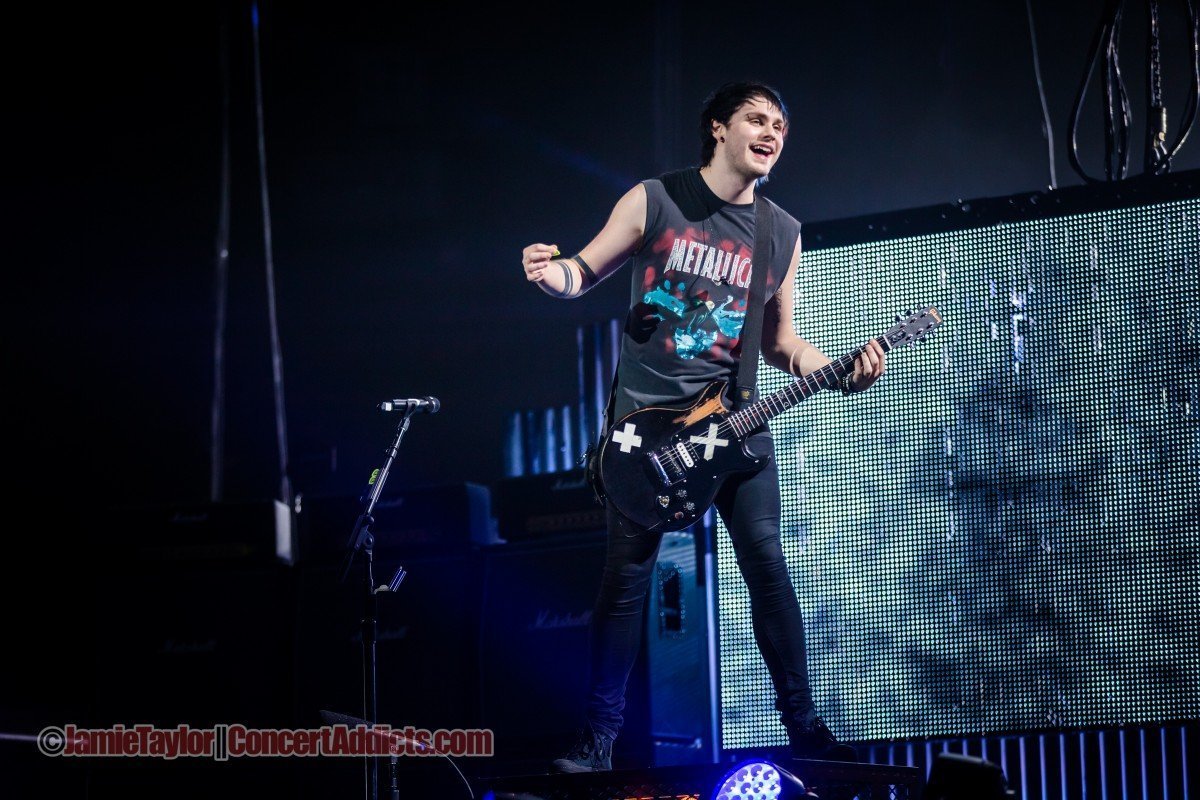 The high energy and fun personalities of the guys came through clearly on stage. After fourteen original songs including “Don’t Stop,” “Permanent Vacation,” and “Amnesia,” the arena was filled with hundreds of singing voices to an old Green Day favorite, “American Idiot.” Following the cover was another two songs, finishing off of their set with hit song “She Looks So Perfect.” They left the stage, proceeding to come back once again, for an encore. Finishing the night off with some fun, the boys covered The Romantics “What I Like About You,” leaving every person walking out, to gush about their musical instrument skills, supreme vocal talents! When asked about the show, one fan said, “The show was absolutely amazing! I love the way they interact with their fans and are overall enthusiastic with their performance” (Varsha, 15)!