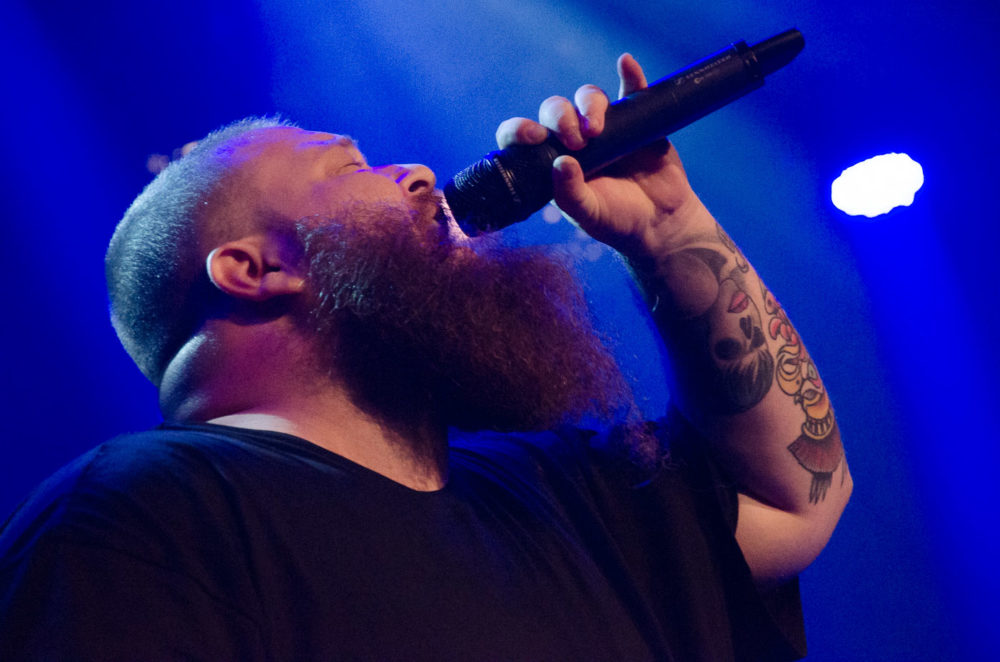 Action Bronson a.k.a. Bronsolino a.k.a. Mr. Baklava is a New York rapper known for allusion rich rap and a penchant for the culinary arts. Touring in support of his most recent studio release, the man of one million monikers took the stage at Commodore Ballroom to prove to the Vancouver crowd that Mr. Wonderful isn’t merely an album title, it’s a statement on his artistry.

Wonderful is the reaction you get as an audience member when you hear O.J. Simpson, melon and prosciutto, and Jimi Hendrix’s left-handedness referenced in one song. Wonderful is also seeing a man of nearly 300 pounds belt out an hours worth of tongue-twisters and sexual similes without a misstep – albeit with plenty of sweat.

Opening with “Standing In The Rain”, his summer single from the Suicide Squad soundtrack, Action Bronson was on point and articulate. With no support other than his DJ, and a brief cameo from opener Meyhem Lauren, the show rested entirely on Action’s shoulders. It must be something about his presence, both physically and sonically, that creates such an infectious mood of elation in the crowd. If you’ve seen his Vice web-series “Fuck, That’s Delicious” then perhaps this point is obvious. In the show, Bronsolino is that genuine, good-natured type of guy who makes you feel like you’d be friends even if he’s way cooler than you.

Moving through “Actin’ Crazy” and “Baby Blue”, Bronson satisfied the new heads in the crowd while “9.24.13” and “Big League Chew” fed the hungry day-one fans. The only gripe to have about the show was the length, which hovered around an hour. Bronson definitely gave it one hundred percent but perhaps could benefit from some support from a band or hype man to bump the show to the hour-fifteen/hour-thirty mark.

Finishing strong with his psychedelic epic “Easy Rider”, Bronson left the stage looking like he works harder now as a multi-millionaire artist than he did as a line cook. He reemerged for a few quick bars of “Amadu Diablo” (his Tracy Chapman-inspired hit off of Blue Chips 2) before disappearing backstage, leaving the crowd to gaze in the afterglow while “Give Me One Reason” faded off into the background. Thank you, Mr. Wonderful.