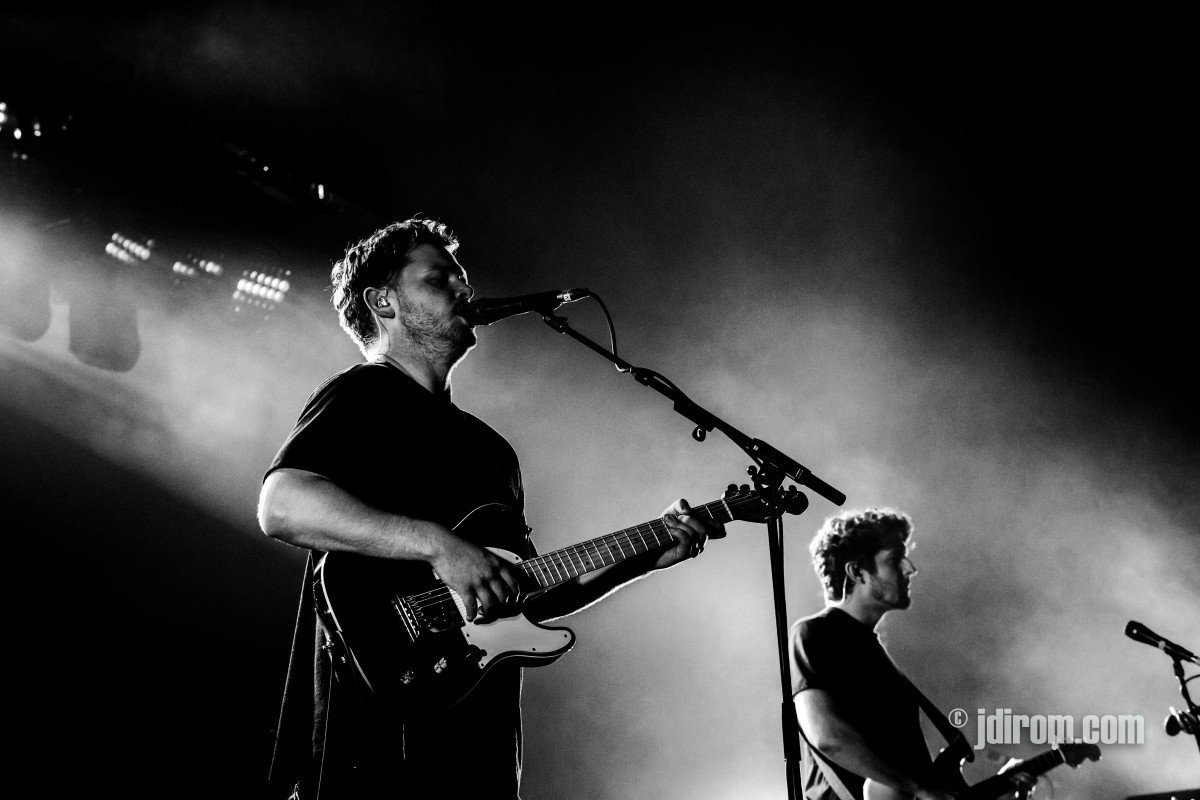 Alt-J took their places at the front of the stage, and launched immediately into Something Good. The video wall ignited a strong spotlights blasted forward through the heavy smoke. All four members of the band positioned equally across the stage were strongly backlit.

The Leed’s based rockers then moved into Left Hand Free, the stage exploded in light and the crowd erupted into song. As the crowd sang along passionately with the band it was evident that Alt-J had the crowd in the palm of their hands. Before moving onto the next song Gus-Unger Hamilton acknowledged the crowd, and noted the band’s excitement, as this was their first ever tour stop in Calgary.

The band moved on to Every Other Freckle, Bloodflood and BloodFlood II. As the band reached the song Dissolve Me the entire crowd had their hands in the air moving to “the sound the sea makes”. To my surprise at that time I noticed that there was hardly a cellphone to be seen (something unseen these days), as the crowd danced on invested in the moment.
When the band was set to play Matilda, Joe Neuman stated to the crowd, “You guys are going to help us sing this,” to which the crowd obliged.

At this point it was truly evident that Alt-J probably has one of the larger more elaborate light shows that I have seen in quite some time. An ever evolving set at times changed quickly from extreme brightness to complete darkness, and to strongly backlit. The lighting metamorphisized on an ever evolving basis, as lighting and video screens shifted and changed colours, from blues to red and oranges, to bright whites. That being said the light show was orchestrated in such a way to guide the audience along with the music, whether dimming half the stage lighting during Ripe and Ruin which saw half the stage fall into blackness and spotlights hit Newman and Unger-Hamilton as they sang a Capella.

Another roar from the crowd came as Alt-J launched into Tessellate.

Alt-J dis a fantastic job of captivating the crowd with their exceptional musical performance, teamed with an ever changing and dynamic light show that is second to none. While this may have been the first time that Alt-J has taken the stage in Calgary they brought new life to one of Calgary’s older venues in the Stampede Corral. Here is hoping that we the see the English alt rocker again soon.

The night saw the following set: