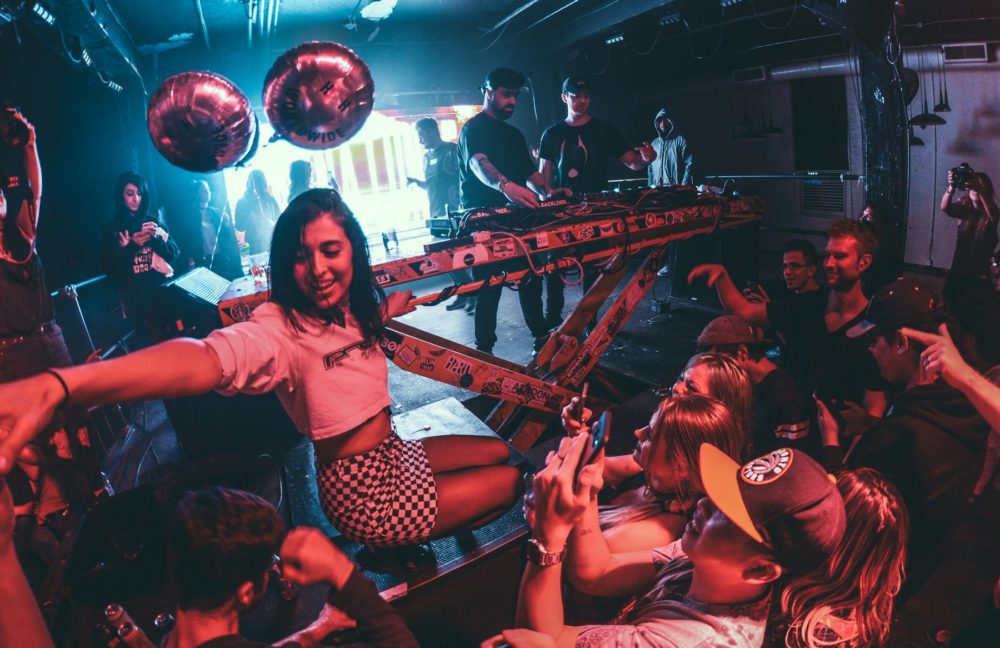 Anna Lunoe made her return to Toronto on Saturday, November 5th to showcase her HyperHouse tour. She was accompanied by Dj Sliink and Vindata, with this type of lineup the show was guaranteed to be a party from start to finish.

I arrived in time to catch the beginning of Dj Sliink’s set and was thrust into what was already a wild crowd. The thumping trap beats mixed with the roaring bass made for an energetic atmosphere. Sliink played some fan favorites dropping Skrillex, Drake, and some old school hip hop with an emphatic bass line. He set the tone of Anna to come on and show us what Hyper House
was all about.

Anna brought her classic energy to the stage bouncing around just as much as a delighted crowd. She kept pushing the hard bass and eclectic song selection that somehow managed to seamlessly flow together. She played some of her own tracks like “Pusher” with Sleepy Tom, “Stomper” with Chris Lake and of course a fantastic rendition of Radioactive. After Radioactive the show was in full swing and just when I thought the energy couldn’t get any higher she mixed in “El Chapo” by The Game and Skrillex.

Anna really was everything I had hoped she would be and in a surprise move she brought out Autoerotique and Hunter Seigel for some amazing impromptu back to back action. It is always a treat when unexpected guests make an appearance and it really shows the dedication of both the artists and the promoters have to provide a top quality show for their fans.

Overall it was a fantastic night for Anna Lunoe and Hyper House. She is doing a really amazing job defining her own niche genre within the electronic community. I can safely say that this will not be the last Anna show that I will be in attendance for.