Oh gosh, I love The Arkells.

During their set, lead singer Max Kerman noted a memory of initially writing the song at 85 Arkell Street in Hamilton, ON. That comment reminded me that perhaps my most favourite thing about music is its ability to transport a person back into vivid memories attached to a particular song.

For me, seeing the Arkells live again allowed me to relive three distinct memories:

2013: The Arkells played two sets for FREE in Whistler for their annual World Ski & Snowboard Festival. It was my first introduction to them. I was instantly I was hooked by their music, talent and charisma. They played an afternoon set as skiers and boarders flooded the village for apres food and drinks. Then they played an evening show later that same day in a small club (Whistler’s biggest) called Buffalo Bills. When they took to the tiny stage, everyone was seated and no one knew who they were. The lead singer Max has incredible energy and ability to rally a room. Before long, everyone was up and dancing along. It’s amazing to watch him rally a crowd.

2014: Just a few months into living in Toronto, I had tickets to see the Arkells play at a venue called the “Danforth Music Hall” – it’s a giant room/open floor concept with seating up above (I think, I don’t know because I’m always on the main floor). Because the Arkells are from Hamilton, playing a Toronto show is much like a “hometown” show. Every single person knew every word to every song and sang it all aloud and proud. I felt lucky to be part of a crowd of wonderfully awesome and truly dedicated Arkells fans.

2017: In Hamilton, they have an annual road race called “Around the Bay.” It’s 30km long and the route is a triangle that runs through downtown Hamilton then out and around, finishing with a run straight into Hamilton’s ice rink. I was running on my own, headphones loud with Arkells music keeping me going strong for the 3+ hours I was running. I remember smiling and thinking how fun it was to listen to the Arkells while running in their hometown.

So, as I stood there in the “Save-On-Foods Memorial Centre,” an ice rink smaller than Hamilton’s and really, smaller than any stadium I think I’ve ever been to, the foreignness of Victoria melted away and I was brought back in an instant to all of those wonderful memories enjoying the Arkells.

There is nothing else I know of that can transcend time and space quite the same.

Now, back to last night.

Growing up attending shows in Vancouver, I had accepted that concert crowds were not the best. I did what I could at shows to tune out the chatter of the folks not paying attention to the band by singing/yelling along to the lyrics and dancing my heart out.

Then I moved to Toronto and experienced how awesome a crowd at a concert could truly be. This turned out to be just as true for the Arkells playing in their “hometown” as is was for west coast band The Zolas. Time and time again in Toronto, I discovered that when you take a small percentage of 4-6 million people and put them at a show, they are the BEST fans. Both Vancouver and Victoria do not have the populations that allow for an entire venue to be filled with the BEST fans. Instead, you get a mix of big fans and people just standing around, half engaged.

So back on the west coast, I did what I could to tune out the disengaged  (laid back?) sitting fans around me in the bleachers. Instead, I committed to following lead singer Max Kerman’s energy and direction to sing as loud as I could and dance the whole time. It was awesome. The Arkells have also always done some epic covers during their sets over the years, which is just SO much fun and I look forward to it with eager anticipation now, wondering what they will do. This show was no different, they included a piece of “Shallow” by Lady Gaga & Bradley Cooper and then “Dancing Queen” by ABBA, complete with Max in a sparkly red jacket.

Their set last night was a beautiful balance of their classics from their first two albums and also included many gems from High Noon (released 2014). They blended in their newer material as well and seamlessly transitioned between the albums and years.

I cannot say this enough about the Arkells: The band does an incredible job of engaging the fans into the show: an Arkells show is a full-contact sport of singing, dancing and laughter. For this show, they also invited a guitarist fan up on stage to play and sing a song with them. That was maybe my favourite part of the night – the fan was impressively rocking the guitar & song lyrics along with the band. I am confident that that moment is maybe one of the best of that fan’s life.

As I watched and sang along with Max Kerman all night, I couldn’t help but think about how he reminded me of Coldplay’s Chris Martin, and how I imagine Freddie Mercury was on stage – awe-inspiring high energy the entire set, that kind of magnetic energy everyone wants to be a part of.  I also loved how he, like Chris Martin, thanked the fans for buying expensive tickets, for supporting them and for spending the night with them. Also like a Coldplay show, I  always leave feeling so lucky to have been at their show because they make you feel like this is their first/biggest/best/only show– they leave it all out there and really make you feel like you matter, and that they love what they do. It’s as if all of the other tour dates have faded away and they remind you that this show matters to them.

I am so grateful that the Arkells included Victoria on their Canadian Tour and I have no doubt that their Toronto Show on Feb 16th will be beyond epic, because, well, TO fans do not disappoint and the size of that stadium could probably fit several of Victoria’s.

Now, as a sunny, cool February day washes over me, I can’t help but wonder if the Arkells will play smaller venues on future tours or if they are solely a stadium band now. They put on a phenomenal stadium show, and… I also love the intimacy of a smaller venue, where every seat is a floor seat. Either way here’s hoping there is another album and/or tour coming out in the next couple of years.

If you’re new to the Arkells, I recommend the following (my fave tracks): 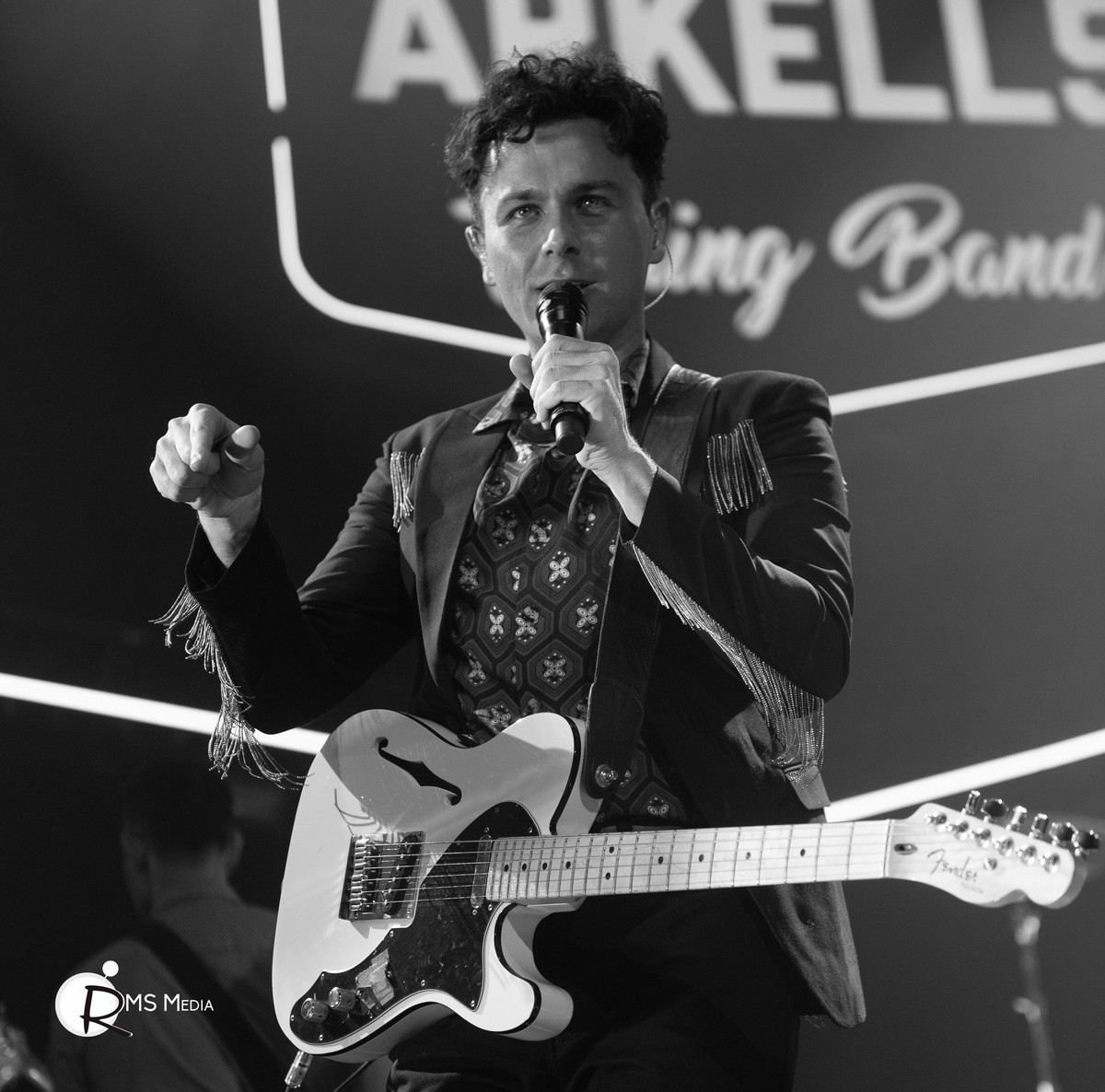 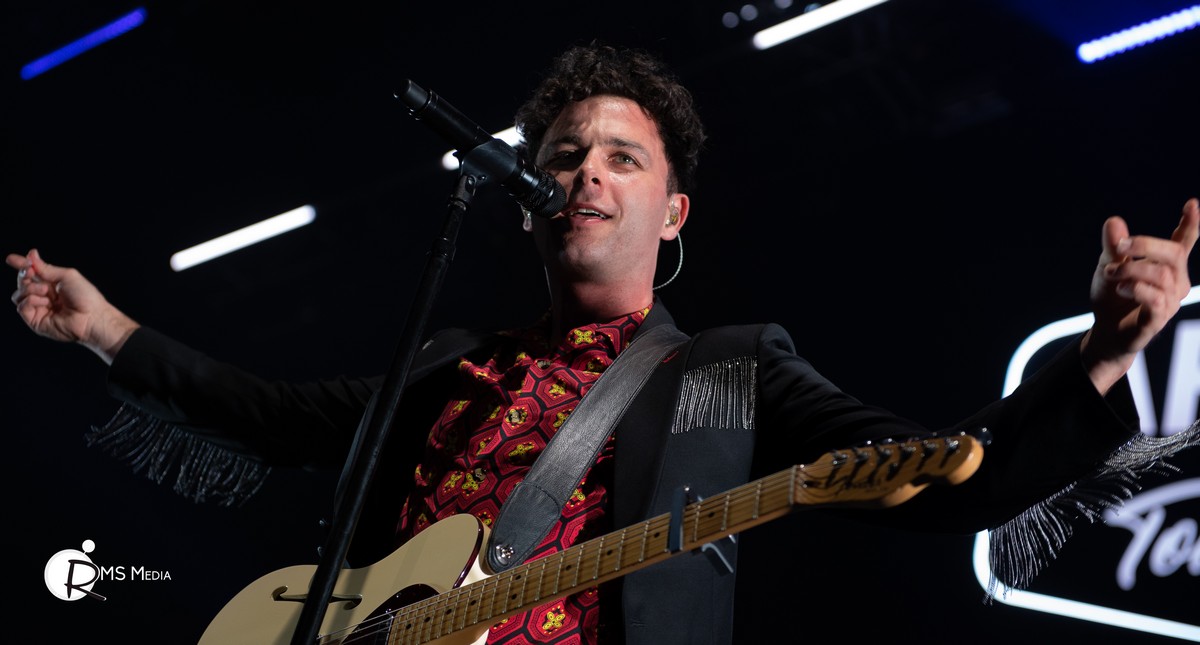 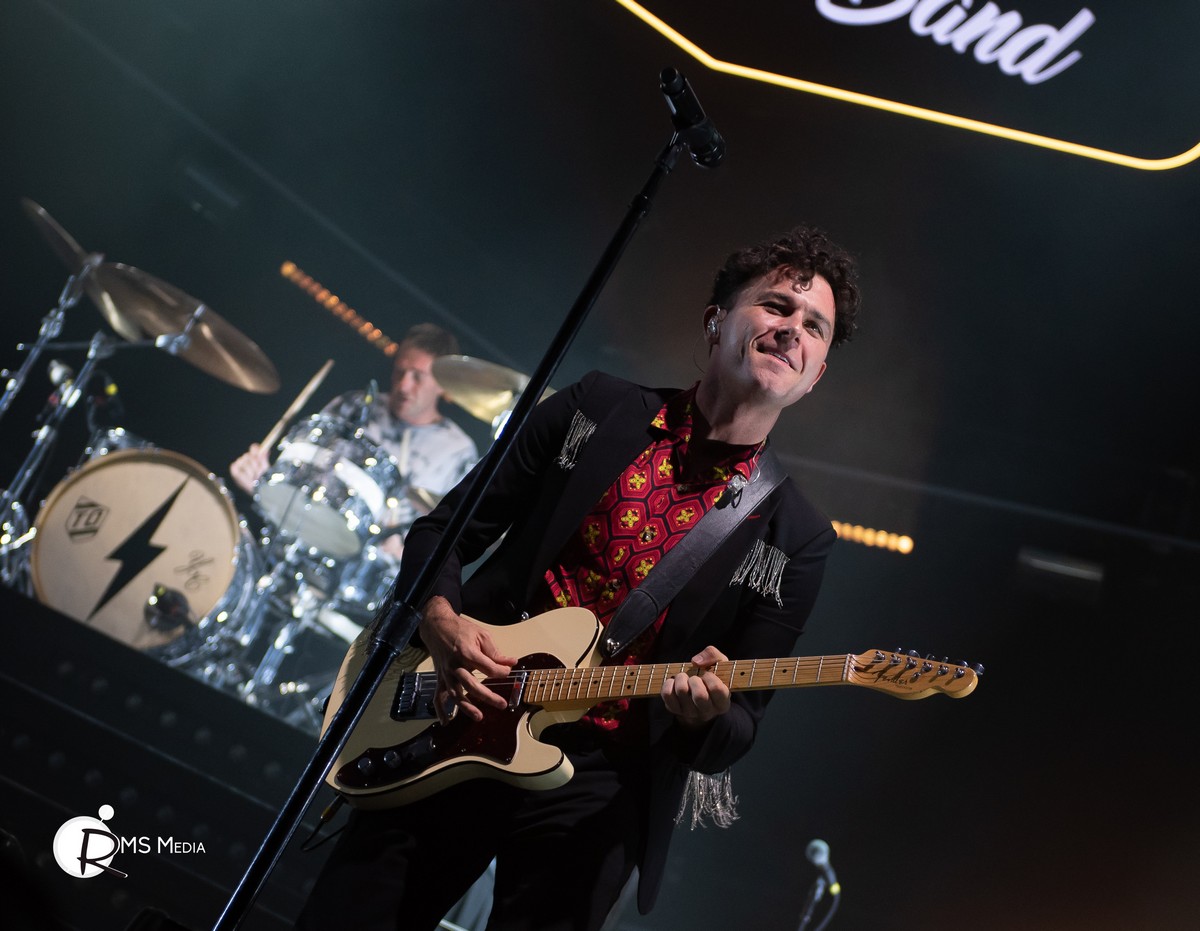 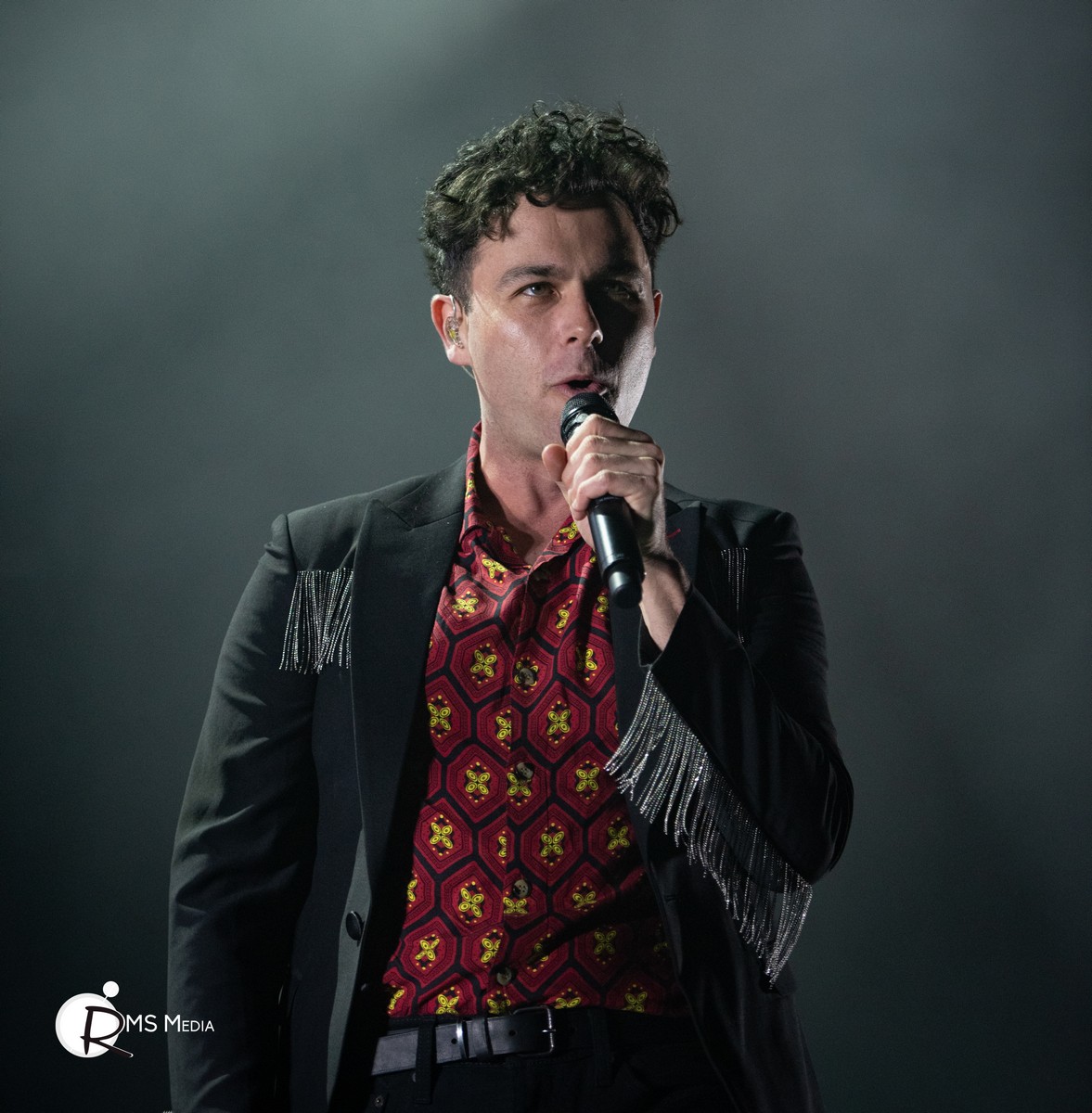 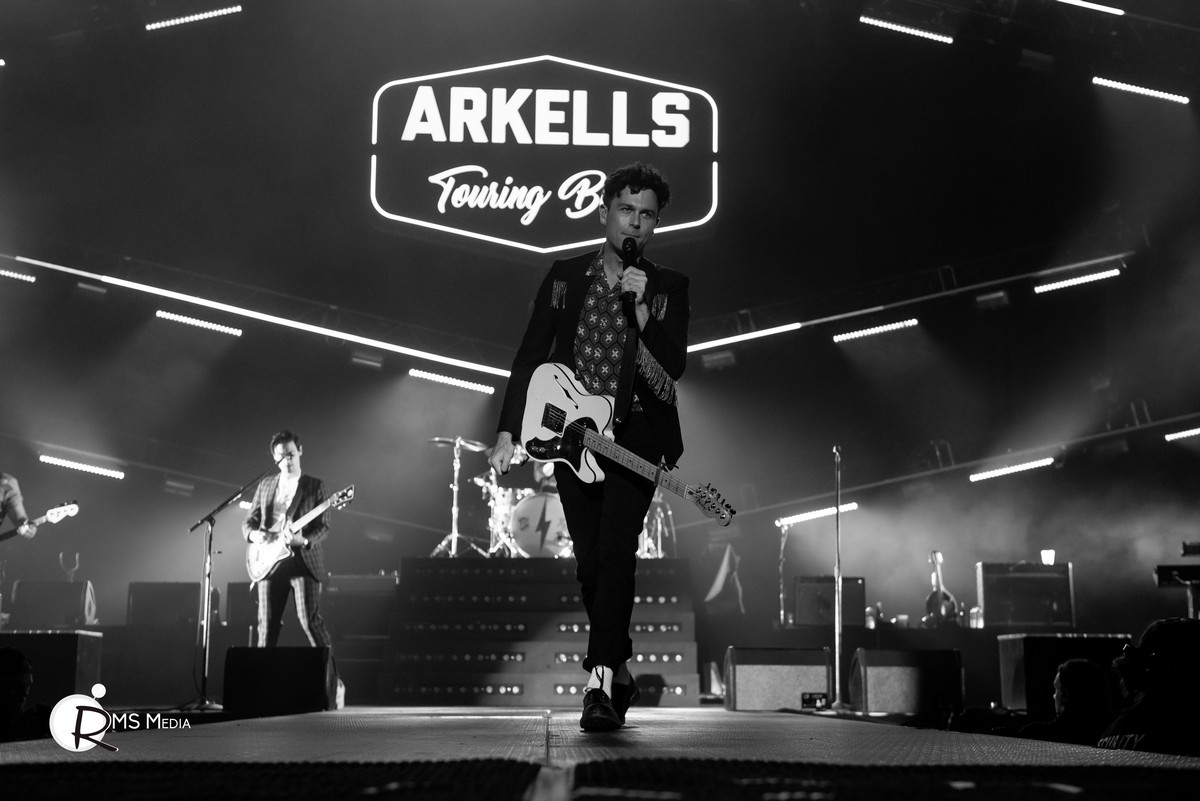 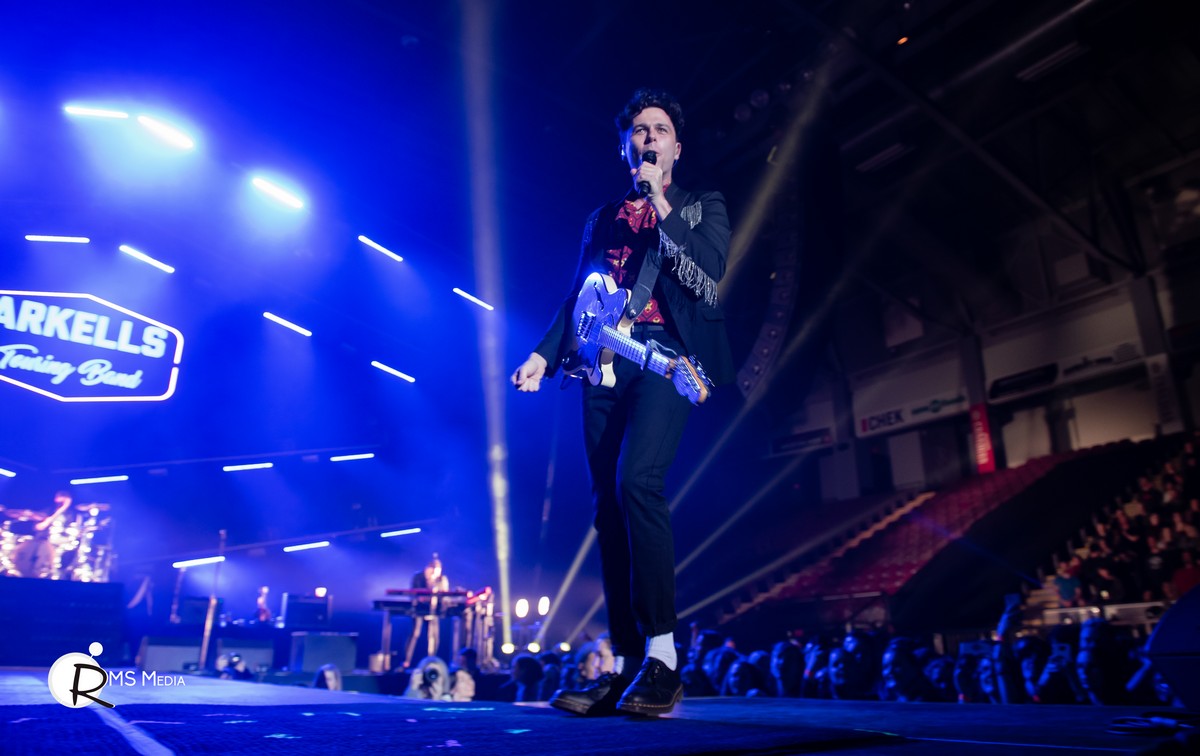 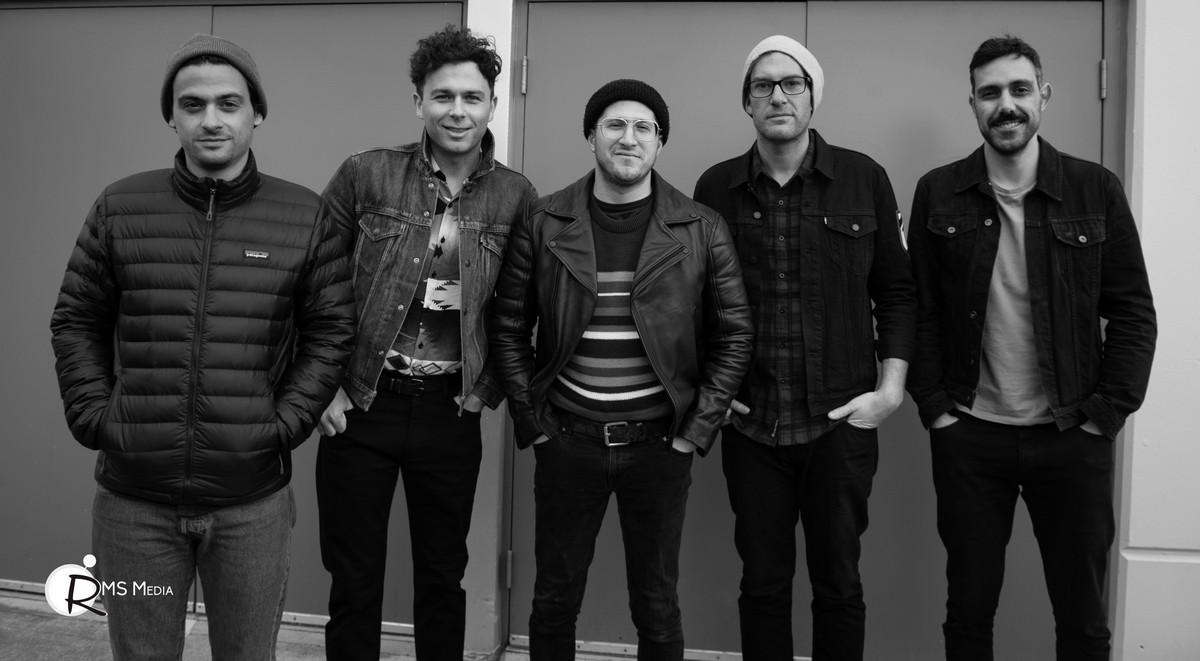 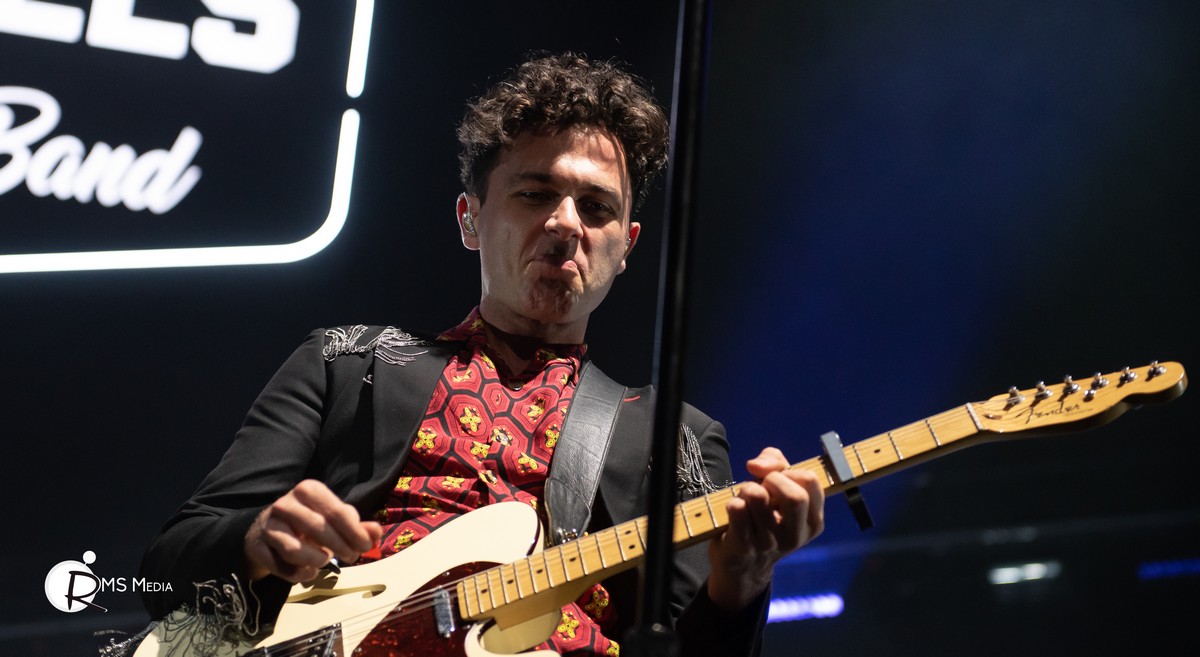 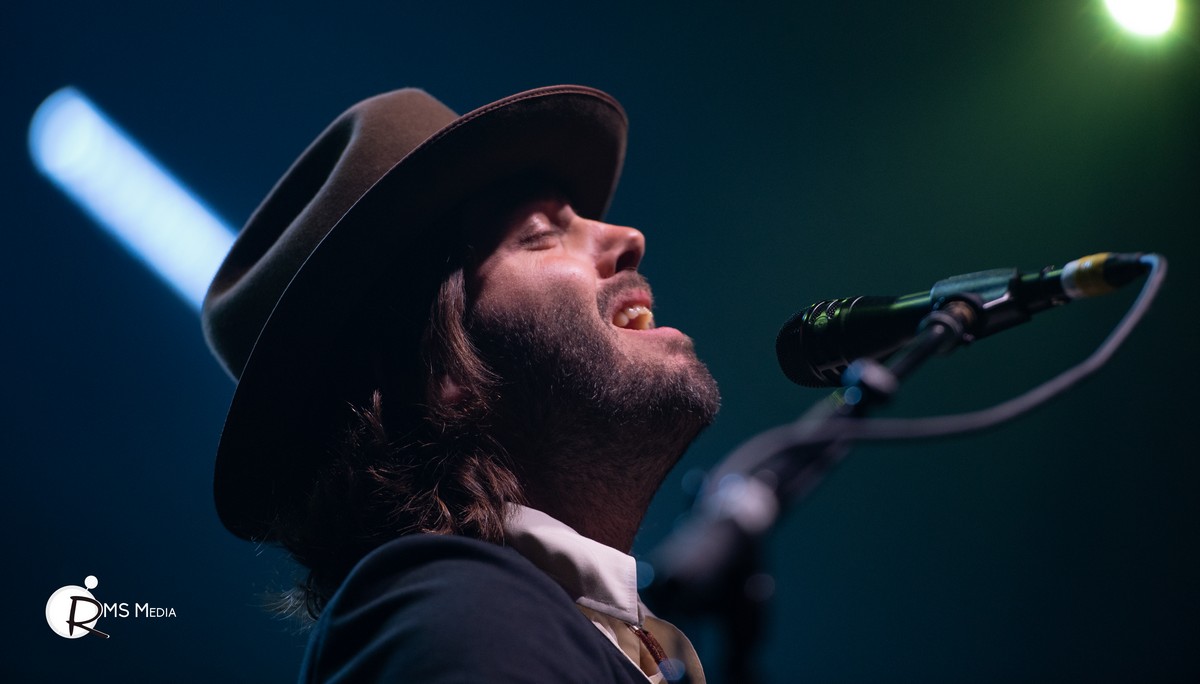 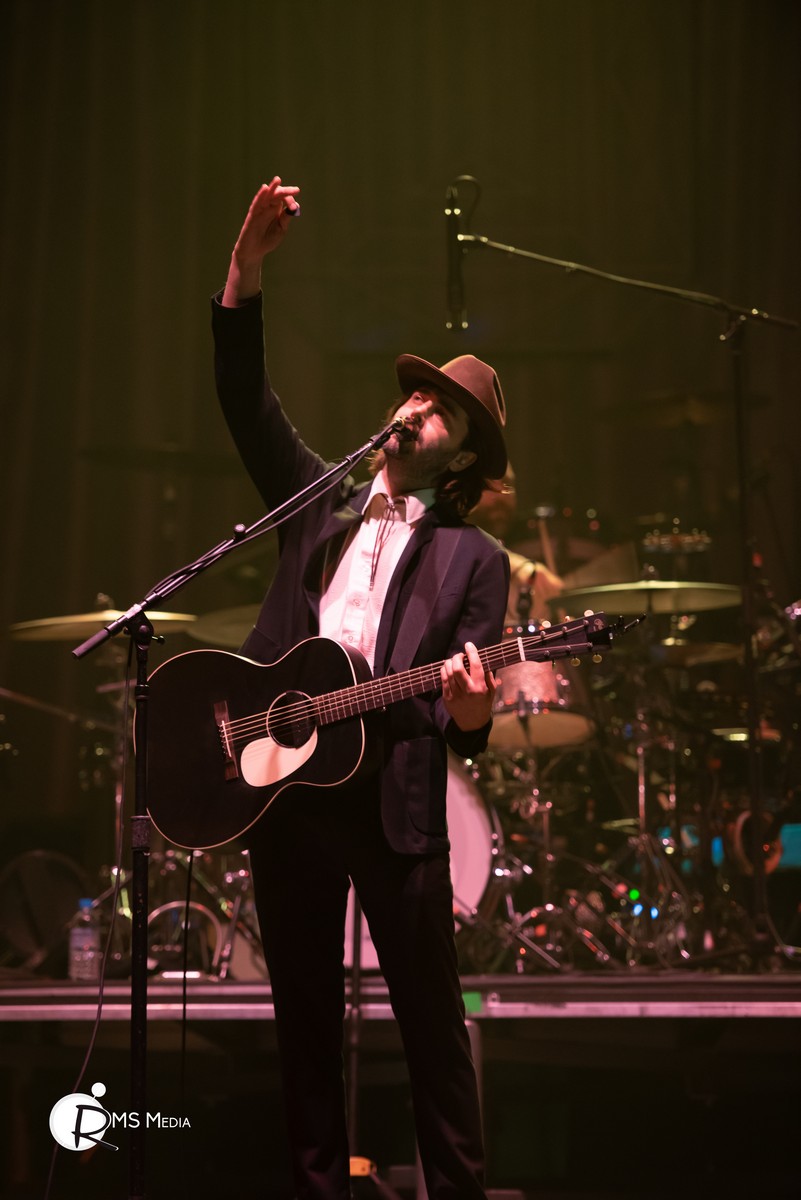 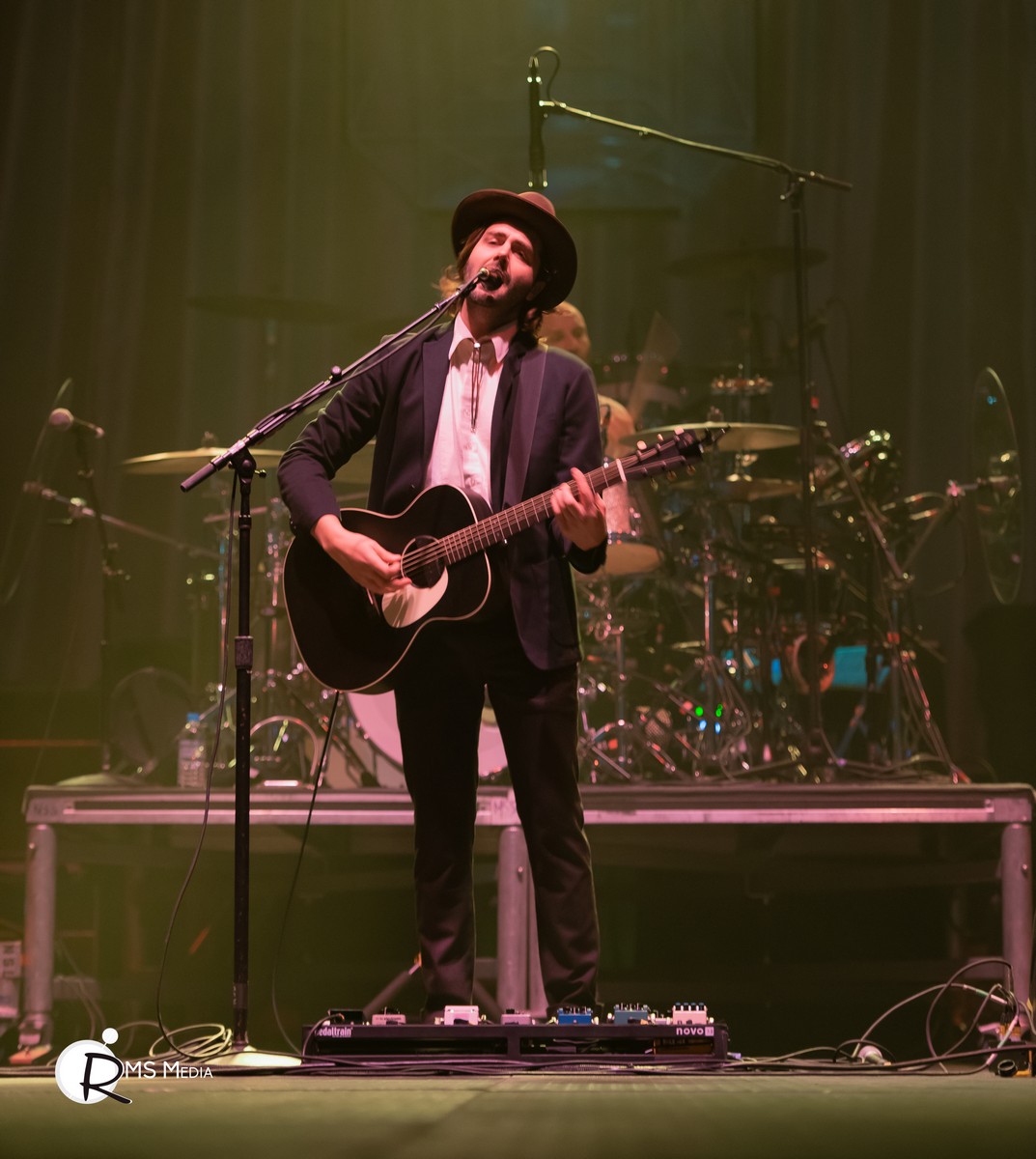 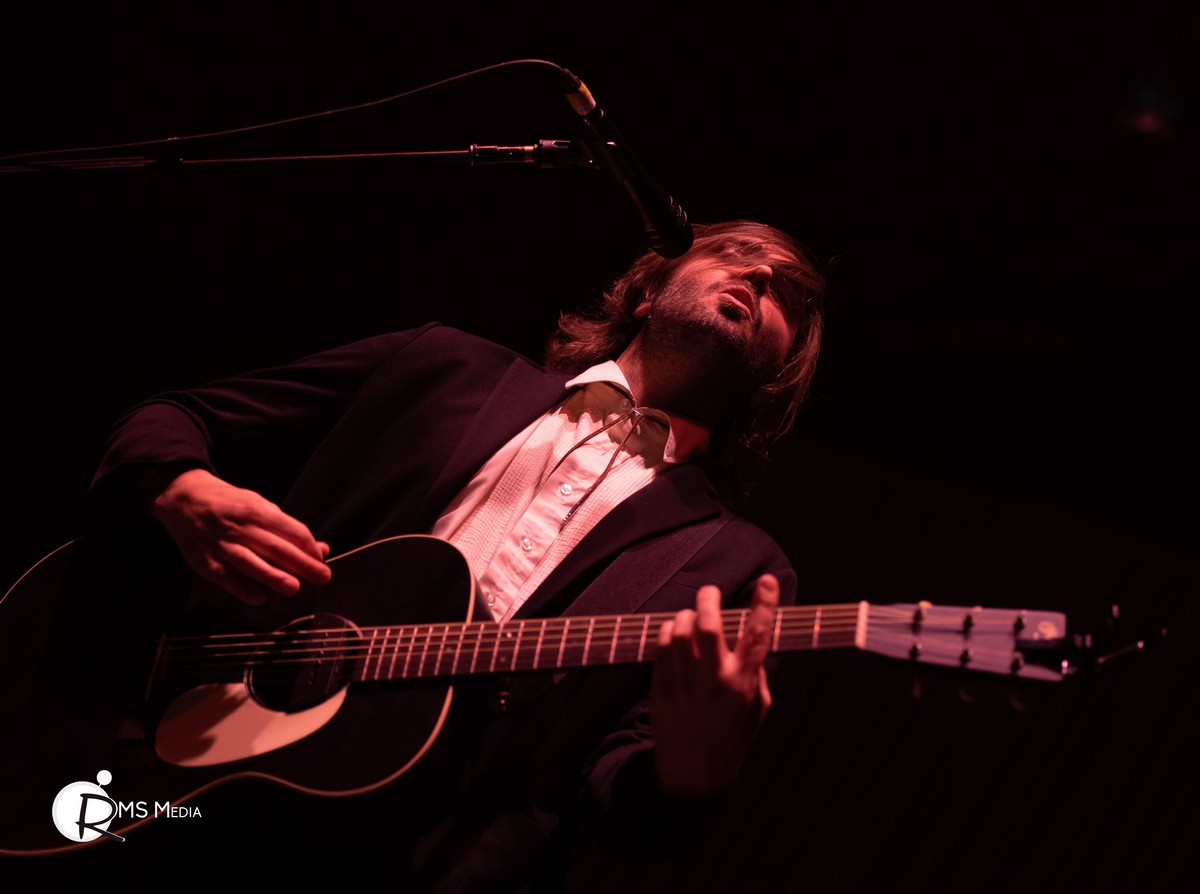 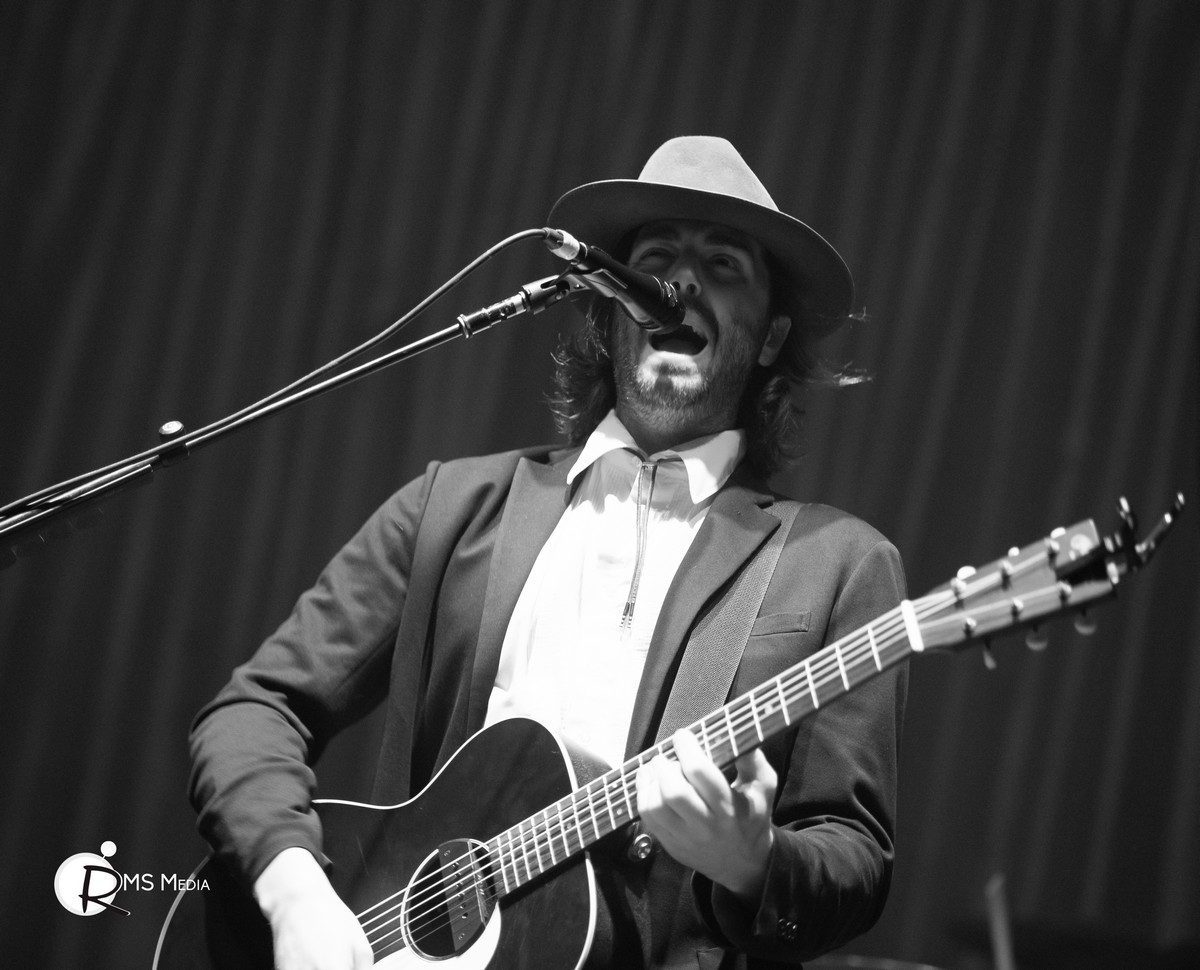 The Jayhawks at Imperial