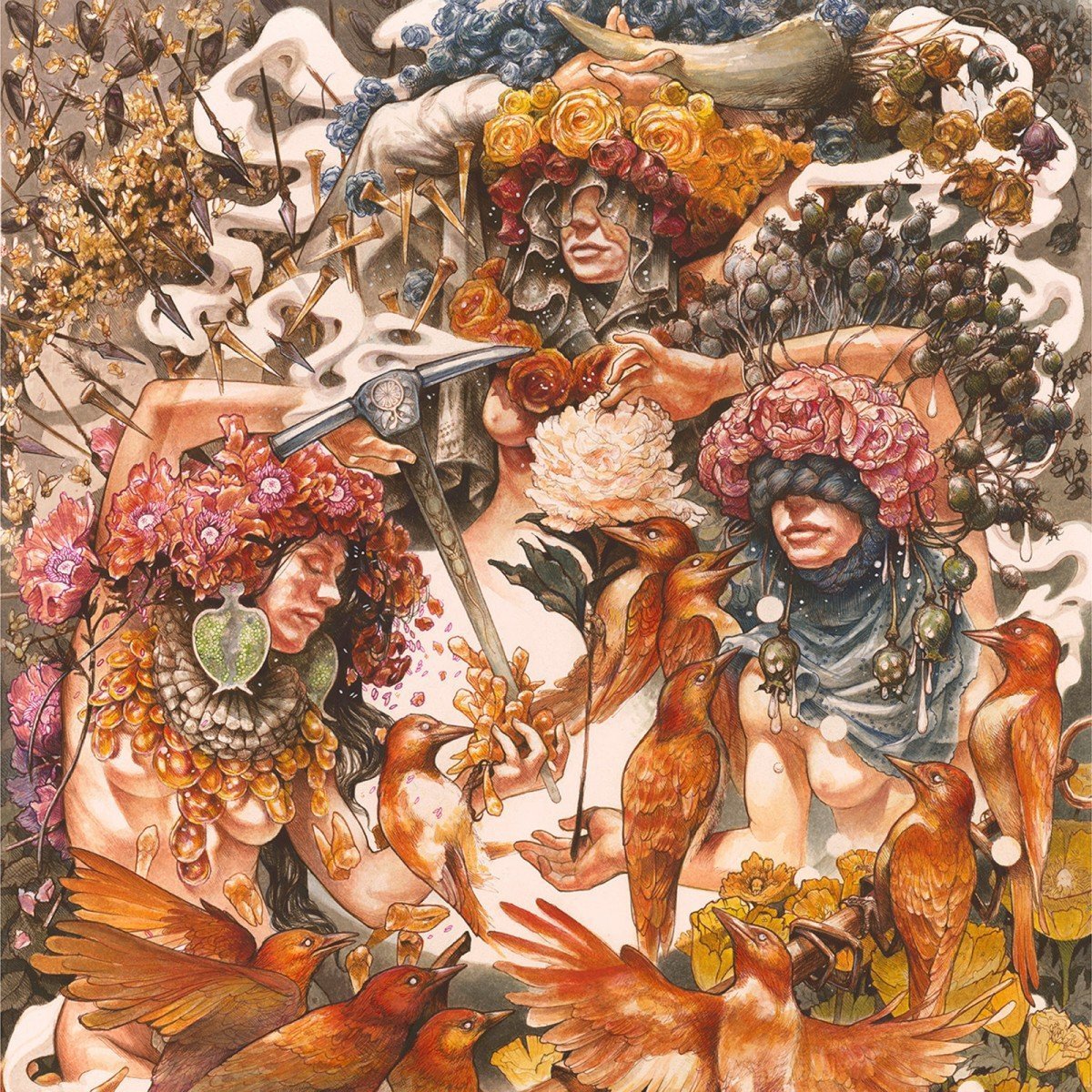 Tinnitus be damned; Baroness and Deafheaven were bursting eardrums and taking names on Wednesday night at the Vogue Theatre Vancouver. The co-headliners merged their respective audiences for a Venn Diagram of metal that was not for the faint of heart.

Deafheaven is the brainchild of George Clarke, lead vocalist, and Kerry McCoy, guitarist, based out of San Fransisco, California. The genre tropes have been exhausted regarding this band, so suffice to say that they are metal that does not like to be pigeonholed. On tour for their most recent release, Ordinary Corrupt Human Love, the band’s energy was powerful and unwavering.

George Clarke is a show unto himself; gyrating and head-banging like none other. If there is such a thing as “neck day” at the gym, it would look something like Clarke’s performance last night. Although his act was mesmerizing—if not eerily fascistic in movement—the gap between his persona and all other members of the group seemed too significant to equalize. There are, no doubt, fans of the flamboyant presence that Clarke evokes, but it didn’t look terribly fun for the other members of the group.

The set list was as diverse as could be, given the hour-ish set time and Deafheaven’s songs running double-digit minutes in length. The definite highlight was “Canary Yellow”; a recent single that spans much of the band’s dynamic range, blending thrash metal with pop-y guitar riffs and shoegaze distortion. Ending with “Sunbather” and “Dreamhouse”—two songs that put them on metal and indie blogs’ “top 10” simultaneously— was a perfect wind down to the set. Vast soundscapes of guitar, and exceptionally technical drumming from Daniel Tracy would have been a wake up call to any non-fans in the crowd to dig into Deafheaven’s body of work.

Baroness took the closing spot for the evening. The heavy metal band from Georgia was a significant contrast to the previous act. Comparatively, Baroness colours within the lines where Deafheaven does not. Whatever conventions the band may conform to, that does not inhibit them from flexing a broad range of sounds, married to the sensational technical exe of all group members’ respective instruments.

Moving systematically through their previous repertoire—as their new album isn’t due until mid-June—the lights shifted in colour to denote the album with which each song coincided; purple lighting for the Purple album, green and yellow for Green & Yellow. This little touch was like teasing the first few chords of a favourite song to whet the crowd’s appetite. It was a simple but effective addition.

Baroness seemed completely in sync during the set, with singer John Baizley and guitarist Gina Gleason playfully alternating guitar solo-for-solo throughout the evening. The effort of each band member was consistent, and their chemistry was obvious. Simply put: it looked fun to be up there.

Opening with “A Horse Called Golgotha”, the set was a balanced sample pack of Baroness, which was an unexpected benefit of them having not released new music. Personal highlight of the evening was the gut-wrenching “If I have to Wake Up”; a song written shortly after the band’s near-death bus crash many years ago. Apart from some exhaustion present in Baizley’s voice that reared it’s head in the more emotive and breathy notes of the evening, the band was on point. Tight drumming, technical guitar and bass, and awesome stage presence.

The dual headline format was a terrific way to offer the uninitiated an introduction into two stellar groups. Deafheaven’s sound may have been a bit too much for a room like The Vogue—it may be close to impossible to correct for that—but did not mar what was otherwise a spectacular evening.