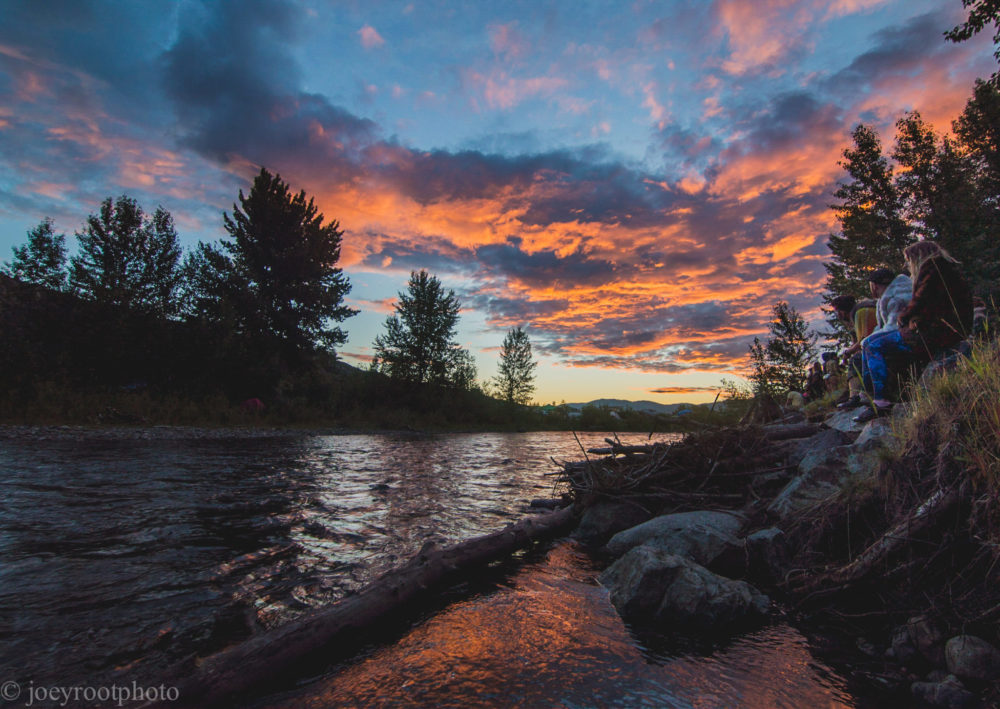 The 2016 coming of Bass Coast rung in a new era of sound for the BC festival. This year the festival expanded once again by welcoming thousands of additional guests to the grounds in Merritt, BC. The festival has been cultivating its reputation as a hub for local and international DJs to flex their muscles for years now, and the 8th edition proved no different. On June 8th, 2016 hundreds of visual artists, musicians, and gold-bedizened attendees flocked to the idyllic festival grounds to be wrapped in a warm blanket of talent. With its perfectly curated lineup, commendable push for gender equality, and notably intimate feel Bass Coast is clearly not your average festival.

Throughout Bass Coast the four stages were constantly dressed in high-quality music. The Cantina Stage, the smallest of the stages, was the place to be for daytime grooves. It hosted a myriad of music with acts like Dubconscious bouncing dancehall beats on the eve of the festival, and the Night Vision showcase providing a much needed disco-and-house-powered tank refuel.

In contrast, the mainstage shined brightest at night time. The stage held a massive wall of LED screens and complemented the music with additional performances from dancers, acrobats and more. The mainstage allowed for instrumentation which encouraged the sultry sounds of Humans, the funky funk of the Funk Hunters live show, and a dozen other unique acts. But without a doubt, the peak of the main stage’s insanity was during the annual set from one of Bass Coast’s beloved mothers, The Librarian. The Librarian slung a mind melting string of deep dubstep at the crowd while her emcee gracefully layered rap and hype overtop it.

On the other end of the festival grounds, the Slay Bay and Radio stages swapped Bass music and House music depending on the day. On Friday the Radio stage featured four hours of grooves from the Vancouver house collective, Pacific Rhythm, which rotated between head man Dj D.Dee and several other Vancouver DJs. That night was Bass night over in Slay Bay, with Machinedrum, and others, banging bass out of their midi pads. The following days the sounds switched and it was Bass at radio and House in the Slaybay. This movement of sounds across the festival’s time and space allowed genre entrenched ravers to feel at home at a different stage every night while sampling the wide range of production.

Music aside, Bass Coast represents a changing era in dance music by giving female artists and organizers some of the spotlight they deserve. Gender equality in Dance music has been swept under the rug for years, and a quick look at the proportion of female DJs performing at music festivals demonstrates that few major festivals care to remedy such a prolific issue. Fortunately, events like Bass Coast are clearly demonstrating that this inequality is unwarranted and that a strong (or at least equal) female presence is not only just, but serves to support the inclusive environment that dance music was built upon. Without headliners like Avalon Emerson, The Librarian, Octo Octa and more, Bass Coast would have missed out on some damn good music. For these reasons, ravers should be crossing their fingers that organizers worldwide follow Bass Coast’s lead and begin to book acts based solely on what really matters: sheer talent.

The aforementioned gender equality and display of local talent were just a couple of the things that helped to produce the undeniably intimate feel of the festival. Canadian production giants ‘PK sound’ adorned each stage so that one could embrace the distinct PK flavour of bass across the festival, and the small scale of the site guaranteed that the same smiling faces attendees saw yesterday would be there again today. Moreover, the music was constantly matching the feel of the environment: the disco and funk that kissed drained ravers in the morning flowed into dark techno in the nights, and the fast paced drum and bass in the nights morphed into downtempo bass during the rainy sunrises. Everything about Bass Coast catered to the mood so that the coasters could all feel most at home.

This festival is prudently shoving its foot in the door of the music festival world and is making waves by drawing in lovers and dancers instead of fame-obsessed partiers. Every year more Canadians will find their way to this magical place and leave with a few words ringing in their head: “Bass Coast. Every year.”

Why not bring your favourite portrait to a festival? © Joey Rootman

Just kicking it on the loudest darn speakers in the west. © Joey Rootman

The Roof of SlayBay © Joey Rootman

Just two guys and their having a good time © Joey Rootman

THE SOUNDS OF THE LIBRARIAN © Joey Rootman

Book Club in session with The Librarian © Joey Rootman

Becoming one with the art. © Joey Rootman

On top of the festival © Joey Rootman