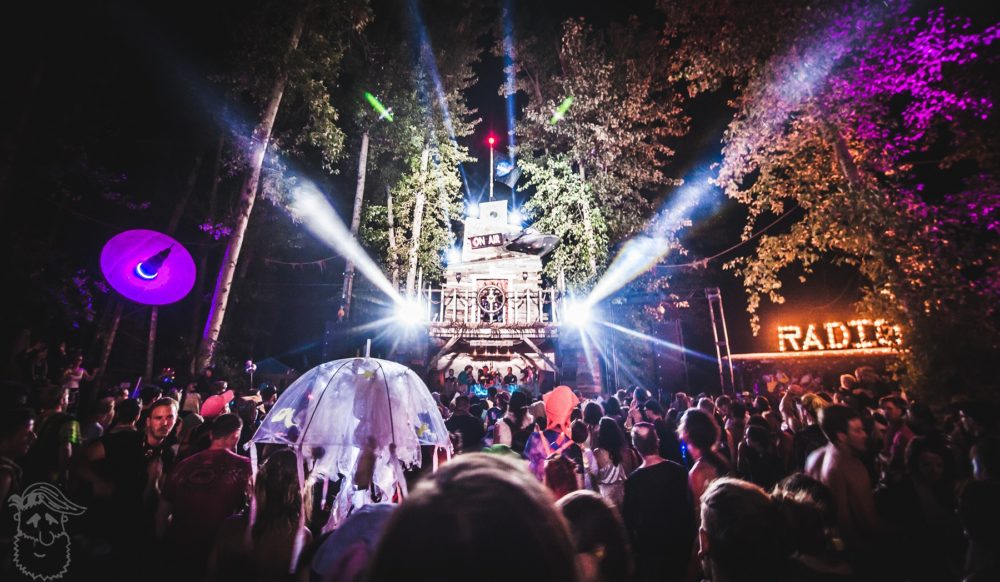 On the eve of the 2017 edition of Bass Coast festival, I found myself discussing the West Coast festival scene with a friend unfamiliar with the style. She casually compared Sasquatch to Shambhala and I couldn’t resist. “In my mind, there are two categories of festivals,” I explained. “At one of them, you have to clear a spot in the garbage before you sit down, and you’re screwed if you lose your friends. At the other, it is hard to find a spot to sit that’s not art, and you’re missing out if you don’t lose your friends.” I went on to explain other important differences: harm reduction, size, music type, and levels of corporate involvement. But as my pontification came to an end, I was unsatisfied. I couldn’t shake the feeling that I hadn’t captured the essence of what makes these festivals so special. What is it about Bass Coast that sets it apart?

Because a music festival is a music festival, the sounds entering the eardrums of amped-up patrons is of paramount importance. In contrast to the thousands of festivals that curate their lineups with the biggest names and sexiest faces, Bass Coast selects artists based purely on talent. Year in and year out the Bass Coast team assembles a high-quality collection of artists, featuring both favourites and up-and-comings.

This artist selection reflects Bass Coast’s commitment to gender equality. It is common at music festivals for female artists to be disproportionately underrepresented. The glass ceiling faced by women in society is reflected strongly in the music industry. Bass Coast, however, sends waves through this over-accepted norm, and we dance to the sound of that glass ceiling as it shatters.

But even the highest quality selection of BC’s top bass music is just a dance party until it is mobilized through one of the four Bass Coast stages. The Cantina, from which groovy daytime tunes flowed, was adored with real flowers. With each time my hair whipped towards the DJ deck I inhaled the aroma of fresh lilies. En-route to the other stages, I was struck with a wafting of the delicious waves of education, creativity and scientific inquiry from The Brain.

With the induction of this years space theme, the festival was quick to turn from Bass Coast, to Space Coast, and finally the fan generated nickname: Space Toast. And Space toasty it was: On the Main Stage loomed a gigantic spaceship and an array of white strings which flowed out from the stage to the ends of the dance floor, blanketing the area with an ethereal fluttering akin to the bursting flames of a rocket. In the evening after the clouds faded from pink to blue, the full moon peeked above the mountains, first as a bright speck, and later filling the sky with luminescent glory. It was at this stage that I soaked in the sounds of Sango and Little Simz. On the final night of the festival, we gathered here in worship of a distinctively sultry set by festival organizer and collective hero, the Librarian.

The Slay Bay rocked a clean black and white look with a canopy above, sheltering us from the sun. Just a stone’s throw away, Pirate Radio had updated its theme by sticking a UFO into tower above the stage. Radio hosted not only yoga but also a twerkshop. I will never move my butt the same way again.

Undoubtedly, part of what sets Bass Coast apart is an unflagging attention to aesthetic. In the wooded section of the festival stood a fairyland of art installations, equally impressive in their construction as they were in creativity. There was a mail box in which I wrote myself a letter to be mailed to future-me to remember the beautiful yet elusive mind set I found myself in. There was a contemplation area to gather, rest, and stare at posters. There was a box of soft sand under a topographical projection through which I ran my hands in awe.

Somehow, though enveloped in nonstop audio, visual, and emotional stimulation, this festival never felt hectic, overwhelming, or crowded. It was big enough so that there were always new people to meet, yet small enough so that I would be sure to see them again. After reflecting on my experience I still can’t put a pin in what makes it so magical, and perhaps that is the nature of something so otherworldly. One thing I am certain of is that it is this essence that makes me feel the way I do upon returning home. It’s what makes me look into your eyes when we speak. It’s what makes me engage in conversation with the person at the cash register. It’s whatever drives me to hug more easily and dance more wackily. And whatever it is, it is what will keep me returning to Bass Coast year after year.