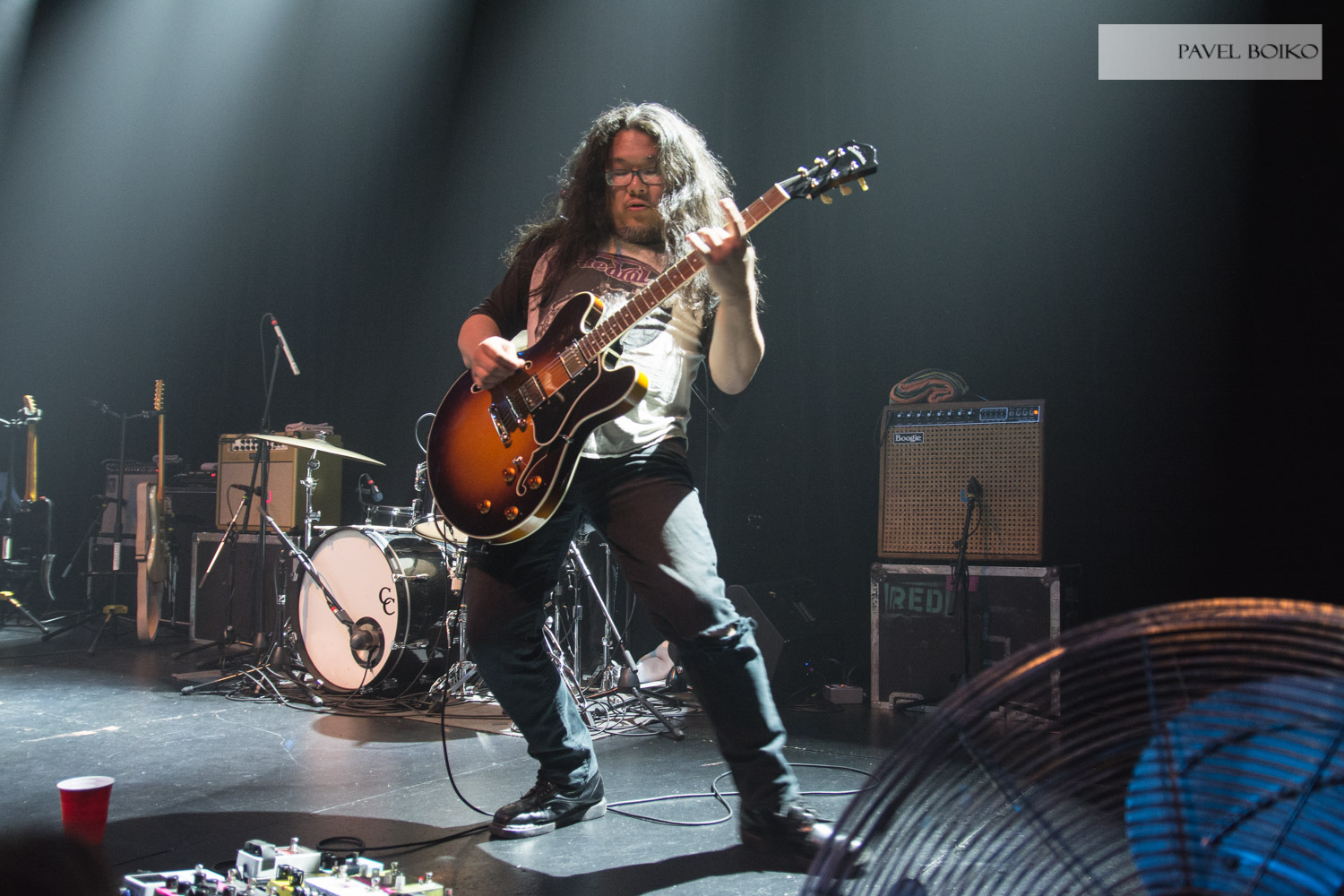 I arrived today to catch the last half of Bully’s opening set. Frontwoman Alicia Bognanno had an incredibly soft and gentle speaking voice as she addressed the crowd between songs, which was surprising given the strength and graveliness of her singing voice. They sounded super tough and rock n roll, though sounded like they should have been making more of a ruckus onstage instead of standing still as statues for the part of the set that I saw.

The room was filling rapidly as we waited for Best Coast to hit the stage. I don’t think I have been in the Imperial when it’s been quite so stuffed! Best Coast is clearly hugely popular. I know surprisingly little about them but had liked what I’d listened to prior to this show. There were a couple false alarms before the band actually came out, where the house lights dimmed, the canned music stopped, or someone started wandering around on stage, all of which were met with big cheers. Finally, out they wandered to a big guitar intro, taking up well-defined spaces across the stage. They started the set with “The Only Place.” They play a kind of galloping and straightforward surf pop with a heavier edge at times, with lots of feel-good lyrics about … well, the west, aka best, coast. The band members are a bit disparate looking, possibly amplified by little to no interaction between them while playing. Everyone stayed right in their little zones. There’s no big mystery to this band’s music, but I found a few songs in that it seemed to be very much the same extended song – no change in tempo, vibe, or even much change in melody and with simple, cute lyrics about love and beaches. They played their parts right on cue, but I feel they didn’t really put on a show. It looks like I might be the only one who thinks this though, because the rest of the crowd was super into it all, hollering every time the chords to the next song fired up, dancing into each other all over the place. If the crowd is happy, that is the point I suppose – impressing one writer who has seen some utterly phenomenal gigs lately that would, granted, be hard to live up to is probably not priority number one.

Inter-song banter from Bethany Cosentino was light, largely restricted to a quick “Thanks” between songs as she changed a guitar over. Four songs in, they played “The End” to massive cheers. I am reminded at times of some early 2000s pop. On record, the music is much more jangly and vintage sounding. Live it modernizes a touch and sounds definitely a bit heavier. The vocals are pleasant, but also a bit unenthusiastic. Guitarist Bobb Bruno was responsible for the key and coolest riffs all night. I think it all runs on a theme – simple, relaxed, breezy beach music, lyrics that aren’t unnecessarily deep – you don’t need someone screaming in your ear about complicated things. I just found this show live lacked energy, though they clearly have talent. Cosetino managed to get a pretty successful clapalong going during the maybe I’m just crazy bridge in “Crazy For You.”

Before launching into “No One Like You,” Cosetino gave us a few more words in the form of remarking on the “fragrant smell in this room… this P.F. Chang’s,” the last remark being a reference to the Imperial’s Chinese statue decor mounted along the walls echoing that in the popular American Chinese food chain restaurant. She went on to mention that this is the first day of the tour and that we all get to experience it with them. They played a new song called “So Unaware.” At this point I’m starting to think even the song titles are quite unimaginative and again picture this music just being played at pool parties where everyone is a bit stoned and/or drunk and need something to shuffle around to. I was hoping to be really into this band, but in a live setting, I just wasn’t. The crowd continued to dance wildly and hoot away to every song though, so really, I think if you’re into this band on record, you’re really going to be into them live. If you’re just curious like I was, you might find it a bit lacking, but maybe just pop back a couple beers, get your dance on, let your mind loosen up, and take a swirl across the dance floor and you’ll have a good time.