Canadian punk heroes Billy Talent, in their first ever appearance in Belfast, caused a stir at the Limelight last night, drawing a crowd who seemed to be day-one fans about to explode at the excitement of finally being able to catch the band live. The incredibly grounded and genuine front man Benjamin Kowalewicz led this class act in a fantastic varied and hefty set spanning five albums—a display of genuine musicianship and sheer emotion that whipped the audience into a frenzy.

As if in an exercise in contrast, Dublin-based openers Otherkin sorely lacked any quality of authenticity in their set. The band, looking like boy band transplants handed guitars, brought a pseudo punk sound that sort of missed the trick with songs that would feel more at home on an iPod commercial than a hardcore club. Like any number of similar punk-by-numbers acts, the tunes were fun but forgettable.

Lead singer Luke Reilly was living for himself on the stage with his manicured look, chest tattoo peeking out of an unbuttoned shirt, painted on jeans with the signature three inches of bare ankle flashing about. He did try his best, bless him, to inject some energy into a lifeless crowd, an unrelenting smile slapped on his face as he herded concert-goers forward. Standing precariously on the barrier, preparing for an ill-advised, obviously premeditated stage dive into an unconvinced pit of folks whose sole mission was to stand front row for Billy, even the barstools at the back of the room thought her was trying a little too hard. After the dive, Reilly quickly spilled onto the sticky floor like so many elbowed beers and wandered through the people for the rest of the song and eventually managed to find his way back on stage to finish off the set.

The second the headliners hit the stage, it was clear that any attempt to warm up the crowd was unnecessary. Kicking things of with “Devil in a Midnight Mass”, Billy Talent had the packed crowd with them from the first note and singing along brazenly from start to finish. Bathed in a wash of red, the group banged out signature tunes set to hectic light play over the surrealist, pop-art cover of the band’s latest offering. 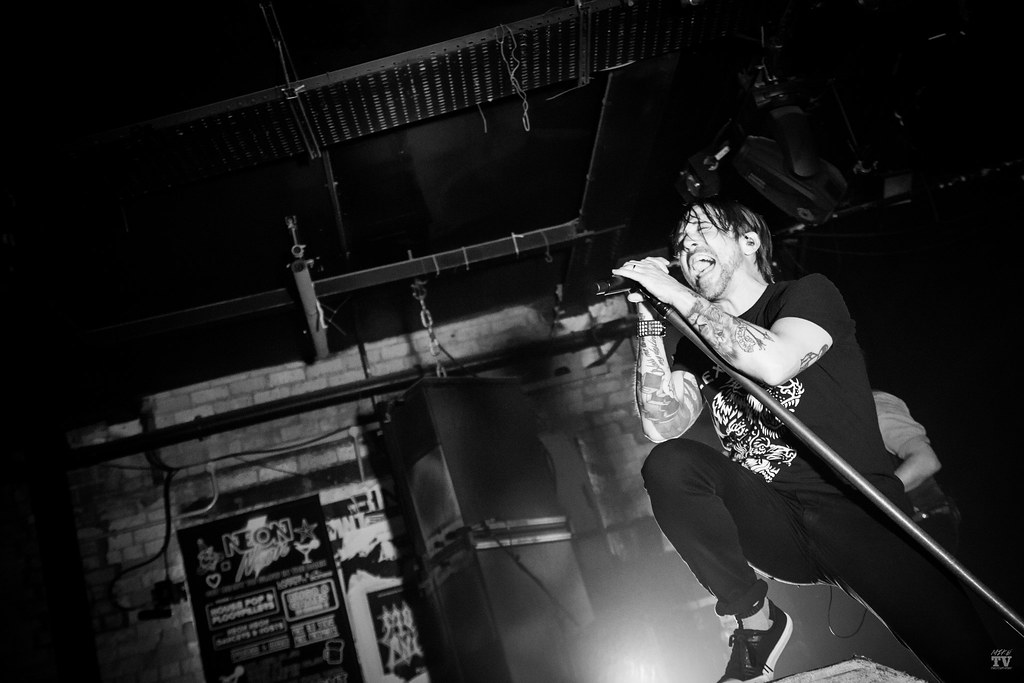 Being also my first Billy Talent show, they were exactly how I dreamed they would be, as perfectly frozen in time since they bellowed from my boom box on repeat back in school. From the imposing of silhouette of intense guitarist Ian D’Sa to Kowalewicz’ bewildered glances and unmistakable vocals, the band has an undeniable presence about them. Possessing what I consider to be some of the best musicality of any rock band out there, the desperate harmonies and raging guitar riffs echo deep within the soul. To see Ben looming on his speaker-soap-box, spitting in disgust during their anthems of protest in a problematic society, it is clear that this guy is the real deal—pure punk rock.

Giving the fans their money’s worth, the band hopped through time—bringing out a lot of the oldies that broke them rather than focusing on new releases—as Ben bopped around the stage like a pinball. Stomping the ground while clutching the mic stand through a powerful “Prisoners of Today”, the band moved into the operatic “Saint Veronika” which left D’Sa and bassist Jonathan Gallant to shred in the spotlight, before slowing things down with the ever-heart-wrenching “Nothing to Lose”. Like a great mix tape, the set was wonderfully curated and very sensitive to levels, causing the fans to cheer louder and louder with every intro hook that came along. 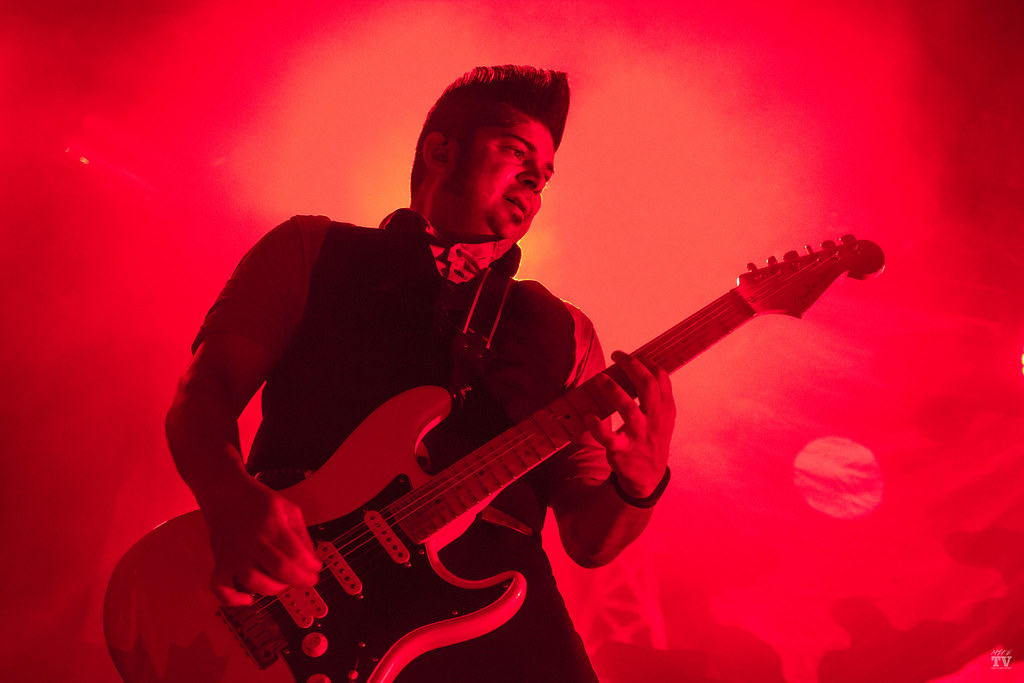 Meanwhile Kowalewicz sank deeper and deeper into the music, his expressions animated and emotive, pulling faces like the voices in his head pulled the strings. Approaching the end of the set with “Surprise, Surprise,” things came to a boiling point with Ben screaming condemningly, ‘Our generation is a fucking joke,’ like a manic preacher to keen disciples. And in a diatribe in the middle of a raucous rendition of “Try Honesty”, the man stopped to speak from the heart, urging everyone to be kind to each other in order to make the world, in these uncertain times, a better place. “Music is the most wonderful community, and we are the luckiest motherfuckers in the world,” he concluded. Like I said, class act.

The band came back for a much demanded encore of three more fantastic tunes. At this point the crowd became the liveliest, most engaged I’ve ever seen in this city, the whole room falling to their knees during “Viking Death March” descending into a massive mosh pit like waves crashing tumultuously during “Red Flag”, and singing loud enough to rival the amplifier’s blare during the final “Fallen Leaves”. My hat’s off to the band for bringing such a powerful energy to our wee town that left everyone elated, and for staying to true to their sound and their souls.