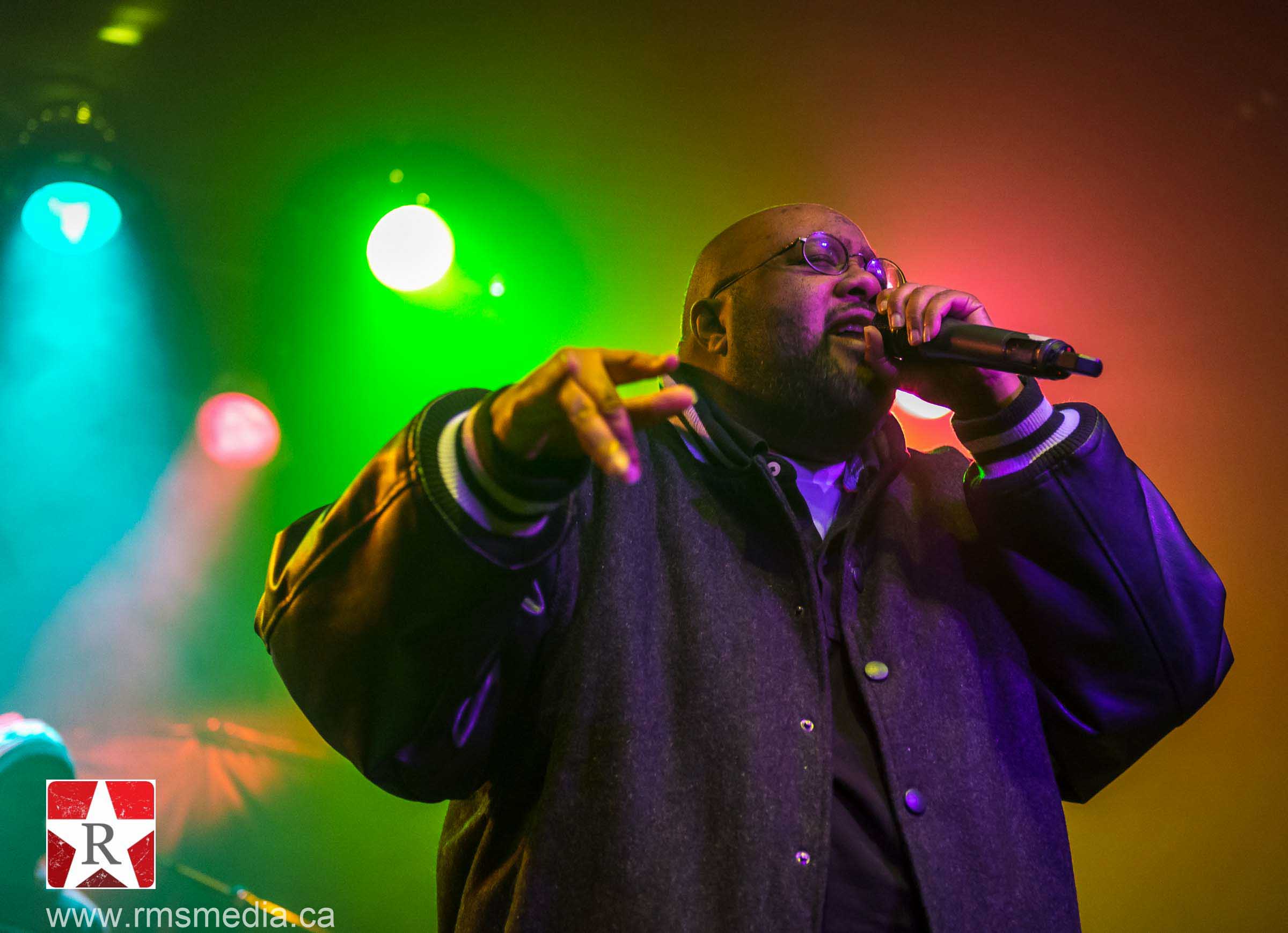 With 90s club nights being held weekly, value village raided for 35 millimeter cameras, and gum-ball machine figure-eight chokers gracing necks left and right; it’s really no surprise that the Blackalicious crowd were some of the happiest boppers around. There were no fights, no animosity brewing, just smiling kids bouncing along to these sounds that massaged from your ears to your toes. Groovy seems way too simple of a term in description.

I must admit I only knew of Blackalicious from the one song played in a One Tree Hill episode back in the first decade of the millennium. Just one song that remains on my iPod still, but nothing else by Blackalicious. Not until Daniel Radcliffe effortlessly rapped Alphabet Aerobics while Jimmy Fallon fan-girled in the background.

It’s no coincidence that Blackalicious opened with the song that jostled millions of minds into remembering they were still kicking around and enticing ticket sales. I don’t think anyone in the crowd was displeased with the cool, calm delivery following a sound-check that electrified the anticipation felt. Gift of Gab knows you know he’s been around for a while and he’s not going to worry about you being disappointed. DJ Xcel keeps his hands on the turn-tables and barely looks up. Their act could just as easily could float on into a coffee-shop during a slam poetry night, maybe even a Shakespeare character audition.

A duo from Portland called Lifesavas jumped in providing the transitions and back-up vocals, while the Gift of Gab rewrapped backstage so that fans were always hearing the freshest ribbons curled off the tongue. It went from Lifesavas doing a lil I say:You say call and responses, encouraging all the hand-waving and not-caring, to some of the fastest rapping you can imagine. Words slipped and slid like kids at a water-park: effortlessly and excitedly.

Simple stage lighting illuminated the show, soft flickers of different colors, there’s no projection screen filled with abstract imagery or costume changes. The performance reads like one of your favorite childhood books with all the warmth and curiosity nestled in. Blackalicious with Lifesavas helping out whipped through their two decades worth of material. All which has been described as positively tipped hip-hop, meaning less misogynistic and violent lyrics. I’d like to think that this positive tip was what kept the crowd so happy and smiley, but, as with any show at a bustling nightclub with so much background noise plus Gift of Gab’s incomprehensible speed, it was difficult to fully understand all that was being said.

Until, Gift of Gab announced they were going to treat us to their new material, March 2015 everyone! Late in the evening and the performance, Blackalicious asked for a moment of silence for all the recent shootings of black men in America. At this point, the social justice message shone through. Everyone stayed quiet. Afterwards, the background noise seemed to remain quiet, but perhaps that’s just my optimism. The new material carried that comforting sound perfected by DJ Xcel and the magical mouth of Gift of Gab’s that pushes you to not just listen, but to think about what is being said.

An effortless transition to an a cappella freestyle ended the performance, leaving me wanting to go back to the beginning of the show and hear it all over again.