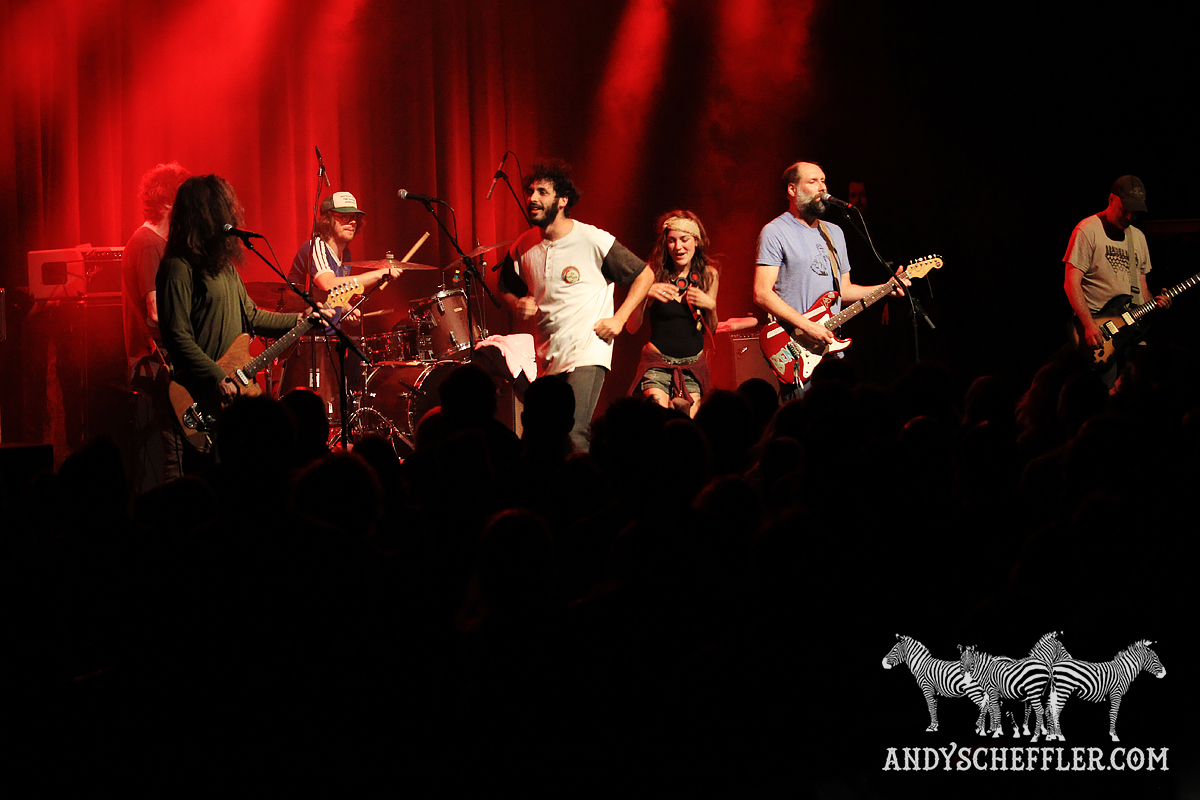 After a bit of an entry snafu, I was finally shipped into the Commodore Ballroom about 4 songs into Built To Spill’s set. This is a band with a long, somewhat underground history, and a very dedicated following of fans. On this night, the ‘underground’ showed in that it was a rare night where the upper level of the Commodore was roped off, and even the floor level seemed quite sparse. The audience that was grouped on the bouncy floor though was enthusiastic, and a handful of ultra-keeners were even apparently attempting a small mosh pit. As the band started up with “Time Trap” from 1999’s album “Keep It Like A Secret,” the whole crowd began bopping their heads in unison. It was marvelous to watch from my high perch above the floor. This band has a remarkable ability to be noisy and delicate simultaneously, a rare thing and I think part of their draw. You can rock out to them without getting a headache, and Doug Martsh’s vocals are discernible, intelligent and sing-alongable. Three guitars along the front line of this band provide a big bite, anchored simply by bass and drums. A huge set highlight for me was “Strange” from 2001’s “Ancient Melodies of the Future.” The whole band seemed brilliantly non-plussed by a sudden stage invader, a girl who jumped up and started sashay-dancing her way around the stage. She didn’t interrupt the guys on stage, so they just continued the song and basically ignored her. Security staff from all over the venue mobilized towards the green room, but no one came on the stage to drag her off, and in fact a member of one of the opening bands (I think.. I wasn’t there for the openers, but he came from the side of the stage anyhow) joined her for a short time. Finally, she skipped off towards the side of the stage, and next thing, she was being escorted out of the room. A three-song encore finished the evening off.