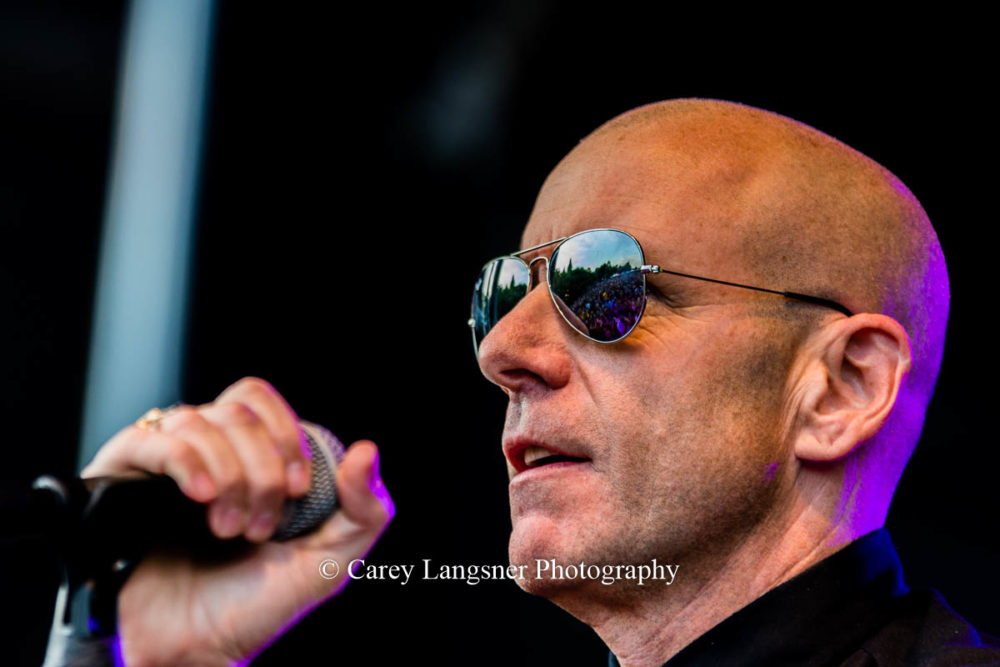 With summer almost here and the temperatures rising in Ontario, it is time for the 39th annual Burlington Sound of Music Festival. For the second year in a row, the festival has put on a ticketed Kick Off Rock & Roll concert featuring mostly Canadian Rock bands.

On June 11, 2016 with temperatures reaching near 35°, over 8000 Rock & Roll fans packed into Spencer Smith Park along Burlington Ontario’s lakeshore to see this year’s Kick Off concert featuring The Cult, Headstones, The Glorious Sons, Pop Evil, The Watchmen, Silverstein and Chemical Burn.

Starting off the show was Chemical Burn. They took to the stage in front of a small crowd, as the gates had opened just moments before the start of the show and most of the people were still filing into the venue. Chemical Burn is a four piece band out of Stratford Ontario with a high energy Rock & Roll show. The band has a great sound that appeals to many different ages. Their front man Eddie “Arsenic” is non stop throughout the entire performance; Eddie even completed a back flip at one point during the show to the cheers of the audience.

Next up was Burlington’s own Silverstein. Silverstein has sold over 1 million albums worldwide; their music has been described as post-hardcore [a punk rock music genre that derives from hardcore punk but emphasizes a greater degree of creative expression]. We knew that with a hometown show we were in for something extra special. They did not disappoint the growing crowd; from the moment they hit the stage, it was non-stop until the last note ended.

As the temperature and humidity levels kept rising, alternative rockers The Watchmen from Winnipeg were the next to hit the stage. With Daniel Greaves fronting the band with his powerful voice and the band’s long list of popular hits off their many albums, like Any Day Now and Stereo, the crowd was immediately on their feet and singing along. As much as I like the Watchmen’s music, my favorite part of their show was seeing the autograph, of one of the best Blues players of all time, on Joey Serlin’s guitar [see the picture below to find out who].

After a short break to reset the stage, and to give the volunteers a break out of the sun, it was time for Pop Evil to hit the stage. The Michigan-based band have recruited U.K.-based drummer Hayley Cramer (formerly of MCQUEEN) to replace Josh “Chachi” Marunde, who exited the group last April. Cramer hit the stage first with a solid drum beat to bring on the remainder of the group. From that first beat to the last note, Pop Evil kept the crowd entertained.

Next up was, as described by Eric Alper host from SiriusXM, “the other band” out of Kingston, The Glorious Sons . Having been a fan of their music since their first album, but having never seen The Glorious Sons before, I did not know what to expect. They did not disapoint. Brett Emmens, with his hair constantly blowing in his face and bare feet on the hot stage, was in perpetual motion for the entire performance. Their entire show was something to see and experience; it was just an amazing show. I’m glad to have finally been able to see The Glorious Sons live.

The Headstones , took the stage by storm with lead singer Hugh Dillon shouting “shut that f_ng music off” as he entered the stage, and they didn’t stop until the set was done. The Headstones had been one of the most anticipated bands of day. During the first song, Dillon was constantly throwing mics and stands around the stage forcing the sound guy to replace them as fast as he could move. Dillon kept the crowd engaged during the entire set, with his antics and by coming off the stage at one point to interact with the crowd. He often had the crowd singing their songs back to them especially with their song “F You”.

Closing out the show was the British band The Cult .As the band came to the stage, the crowd seemed to move even closer to the stage than had been the entire day, the front row being pressed into the barricade. Everyone was so tightly packed that after the first three songs as we photographers tried to leave “the pit” [we had to exit through the first section of fans] it took nearly until the 4th song was over to get out of the crowd. Luckily, this being a festival, we [the photographers] were allowed to stay and listen to the show, unlike shooting in an arena. What can be said about The Cult other than WOW, what a show. Led by Ian Astbury, the band played a full set of nothing but hit after hit after hit. To use and old expression… they had the joint jumpin’.

The Sound of Music festival is taking place throughout the week of June 11-19 around Burlington. The free festival – featuring four live stages with over 50 bands and a number of street performances – will be going on from June 16th until the 19th. See the website http://www.soundofmusic.ca/ for more information.