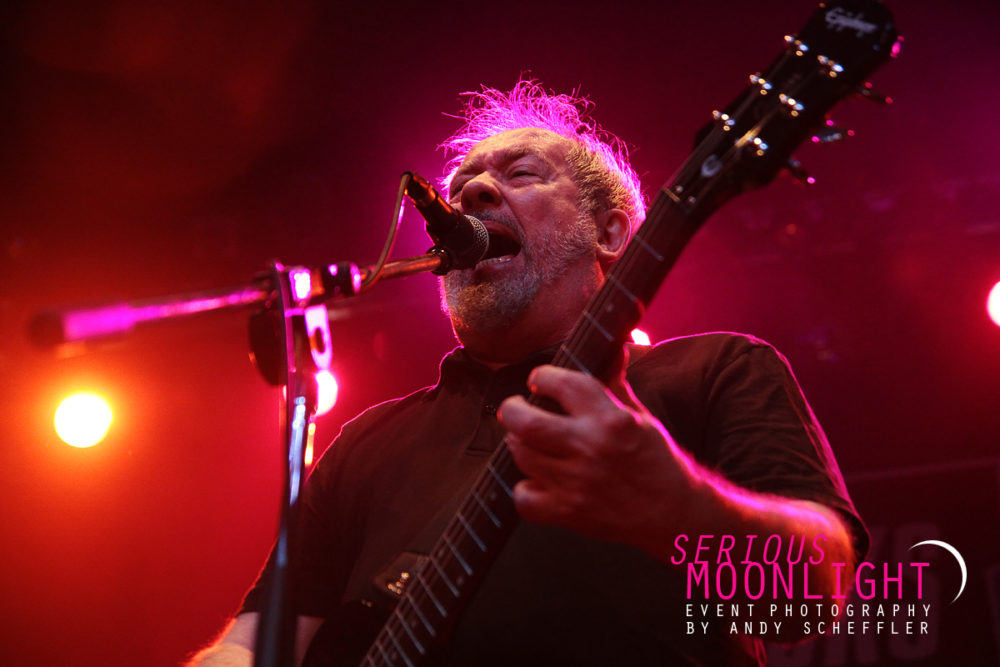 Having seen the Buzzcocks one time before at the Town Pump, I knew I was in for one heck of show. As one of the originators of punk music, and most importantly, they are what bands aspire to, gritty powerful music that is still relevant today and is not “auto – tuned”.

Opening act The Residuels from Philadelphia did not disappoint. A trio of energized musicians and by the crowds reaction, could easily come back to Vancouver and headline in their own right. Their high powered energy during their set became the catalyst of what was to come.

The sold out Vancouver show and first leg of the Buzzcock’s North American tour was, well, a heat-fest. The Rickshaw provided the grit to a band that is celebrating 40 years of music, and the crowd was ready.

This being the first stop on the westcoast leg of the tour the band came in ready to go. Having Saturday’s show and the following nite’s show sold out, they were off on a great start.

From the opening signature song “Boredom”, you knew it was not going to be a boring show. The band pumped through their hits with a relentless drive that is rarely seen these days. Steve Diggle’s masterful Pete Townshend moves (or did Pete take it from him?) to Pete Shelley’s great vocals were a force to be reckoned with. Musically the band was powered by the strong bass and drums provided by Danny Farrant and Chris Remmington’s powerhouse rhythm section.

The audience were mostly old punkers, but it was nice to see a member of the opening act “The Residuels” carried above the crowd. Showing both generations still rock.

The Buzzcocks set was pumped by the audience’s fervour. Roaring thru such gems from their “Singles, Going Steady” era, it did not feel like the band was going through the motions, in fact, it was as if they were playing them with the same passion and fervent speed as in their youth, albeit 40 years later.

Their energy would put most younger bands to shame. Steve Diggle’s mastership of his legendary Fender Telecaster did not disappoint.

The heated set, as the band and audience could attest to, added to the energy in the room and I’m sure more in beer sales.

The audience were put back into their teenage angst once again, but of course many years later. As my friend Scott said “they did it proper”.

Their was little or no lapse between songs which added to the fervent force of music from the band.

Once again, the last song “Harmony in my head” had Steve asking the audience to jump up and down, and also sing along to which everyone well, just took part. To see the crowd getting so into a show and the energy was amazing.