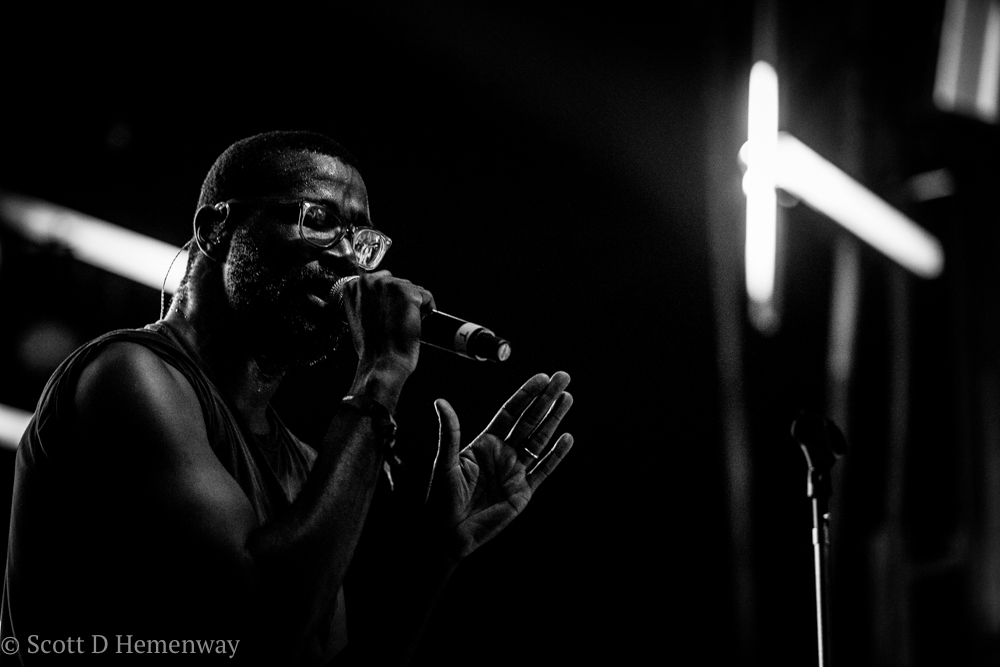 As a photographer that festival was very challenging. Due to traffic, the border lineup and a very challenging time finding parking (more due to my lack of understanding of the area than anything done by the festival) I didn’t arrive until near the end of the first night. Jamie XX was about half way through his set so I thought I’d see if I could get a few shots before he finished. That didn’t happen, there was approximately 2000-3000 people packed into the narrow street so pushing my way through wasn’t possible (I should note that I’m dainty).

A large part of my challenges was due to the fact that I did not get pit access, just regular access, which means I had to fight the crowd to get my shots. Typically isn’t a big deal, I have to do it all the time at concerts. But festivals are different beasts. You have many stages that you need to shoot at, hoards of people to navigate through and they go on for usually 10-12 hours a day.

The first day was pretty much a write off as I arrived late and couldn’t position myself in a decent spot. But I still managed to get a few bands in.

I thought I’d have better luck on the second day. I got in when the gates opened, staked out a good spot at the main stage pit barrier and shot the first band with no challenges.

By the end of the first act at the main stage I needed to relieve myself, so I took a quick jaunt to the bathroom. Bad idea! When I got back to the stage my spot was gone as were all other locations suitable for photography. So what did I do? I went to some of the smaller stages and shot, which worked out better.

After shooting a few bands there I decided to go back to my car and grab a bite to eat from my prepared eatables. While eating, a downpour of rain started up. I waited about 30 minutes but the rain didn’t ease up. That’s when I decided that it would be best for me to head home as my photography options would be limited and I would likely get drenched.

Now, as a regular patron I thought the festival was great. The atmosphere was fun and entertaining. Such a wide variety of people and characters dressed up in different and interesting outfits. Some ravers, some metal, some regular collage goers, some hip hop fans, really everything under the sun and I love that.

The sound and lighting at the festival were on point. The sound was really well mixed, clear and not deafening. The lighting was also great, a wide variety of lights were used and at no point were they detracting from the performances.

TV on the Radio