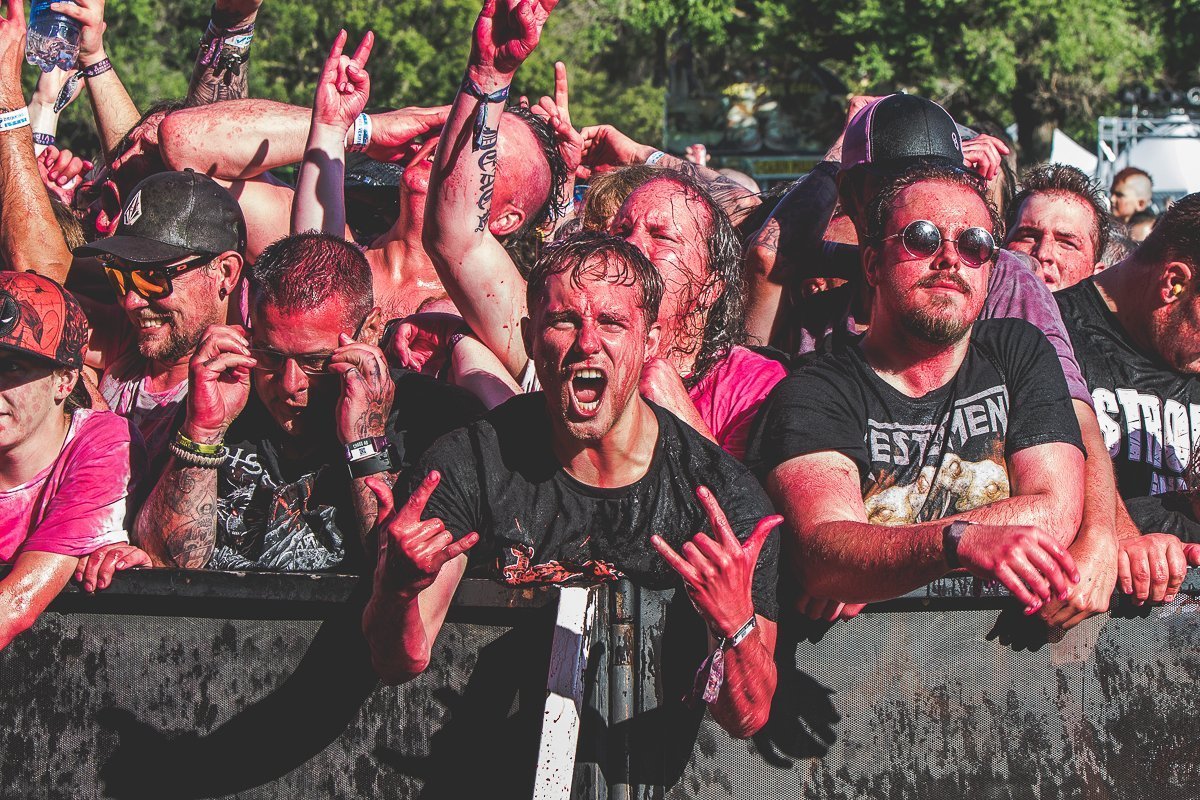 Right from the first note of Light the Torch on Friday afternoon to the daunting growls of Marilyn Manson on Saturday night, it would be a safe assumption to say that the very first ever Chaos AB was a success!

The finger horns and head banging rocked right through the hot sun of Friday and into the pouring rain on Saturday,

5 – Hugh Dillon of the Headstones asking the crowd if they should “play a Rob Zombie cover?” then slamming right into their song “Fuck you” off of their 2000 album Nickels for your Nightmares.

3 – At the very end of Slayer’s final performance ever in Alberta, lead singer/bassist Tom Araya put down his bass and spent the last 4 minutes of their set waving and staring into the crowd who were cheering and chanting “Slayer! Slayer! Slayer!” followed by the other band members throwing guitar picks and drum sticks into the crowd.

2 – Marilyn Manson screaming “Ontario!!!” then quickly correcting himself with an “ALBERTA!!!!” scream 5 seconds after.
( was that a favorite moment, or funniest moment of Chaos AB?)

1 – I would have to say the number one moment of Chaos AB was watching a guy in a Donald Trump costume get completely dismembered by the ever-popular and grotesque band Gwar.
The fake blood sprayed fast and hard and the crowd devoured it!

Hope to see you next year Chaos AB!