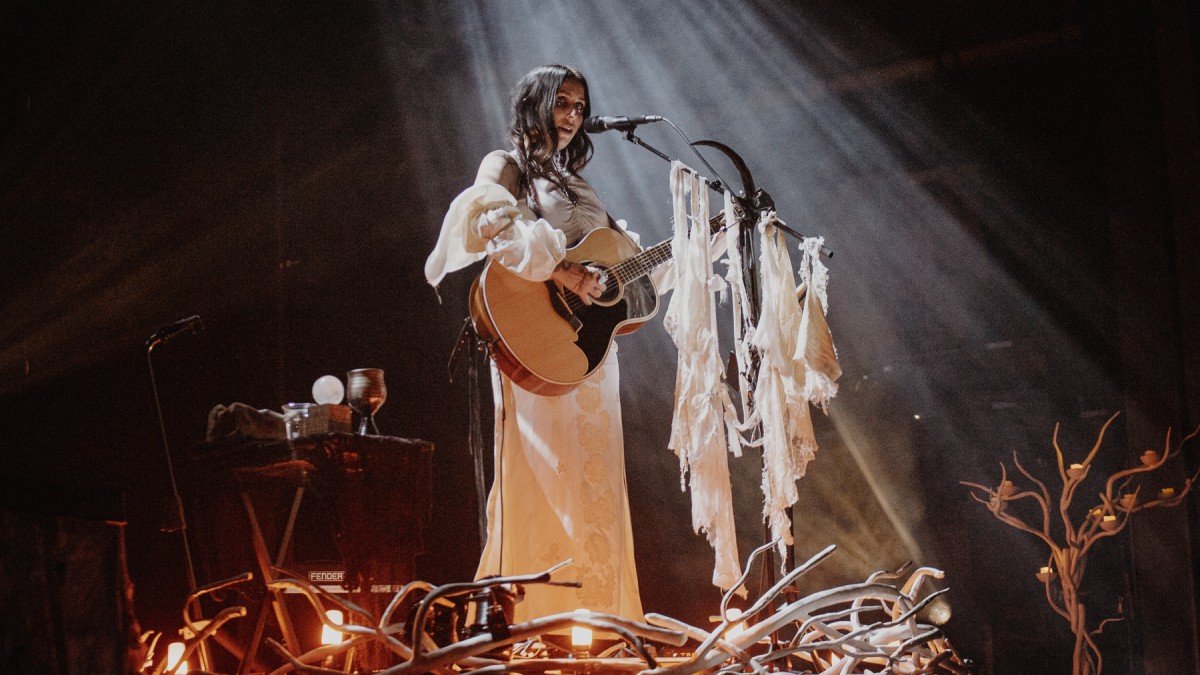 The American Princess of darkness Chelsea Wolfe enchanted the Vancouver crowd with her fairy-tale forest stage setup and mystical voice.

There was circular crown of antlers positioned in the middle of the stage with fairy lights sprawled around the platform and a smoking gauntlet with a crystal ball next to it. The room filled with fog and a tall female figure appeared from the black in a white Victorian dress. Chelsea picked up her acoustic guitar and softly began ‘Flatlands’ from her 2012 compilation release ‘Unkown Rooms: A Collection of Acoustic Songs’.

Despite her previous full-band doom metal release, the singer-songwriters latest stripped down acoustic material, ‘Birth of Violence’, suited her perfectly. Her voice sounded heavenly and melted the fans into complete silence. Never have I seen a crowd so mesmerized and silent for an act in such a large venue.

A song that particularly stood out was a cover paying tribute to the psychedelic rock pioneer Roky Erickson who had passed away this year. Chelsea’s rendition of ‘Night of the Vampire‘ was hauntingly beautiful live and managed to hit incredibly high notes with ease. This blended nicely into her latest track ‘Deranged For Rock & Roll’ that had a country tone.

Eventually she came down from the platform to join her companion Ben Chisholm, who was providing the synthesizer and layered guitar, on the left side of the stage and sat next to him as she serenaded the crowd with Joni Mitchell’s ‘Woodstock’. She claimed this song was one of her all time favorites and definitely did Canadian folk legend justice.

The fans were left in awe, writhing for more as Wolfe came on for an encore. She stood alone on the stage with no instrument in hand and performed an a Capella version of ‘The Way We Used To”. Yet again, her voice was all she needed to astound everyone in the room.