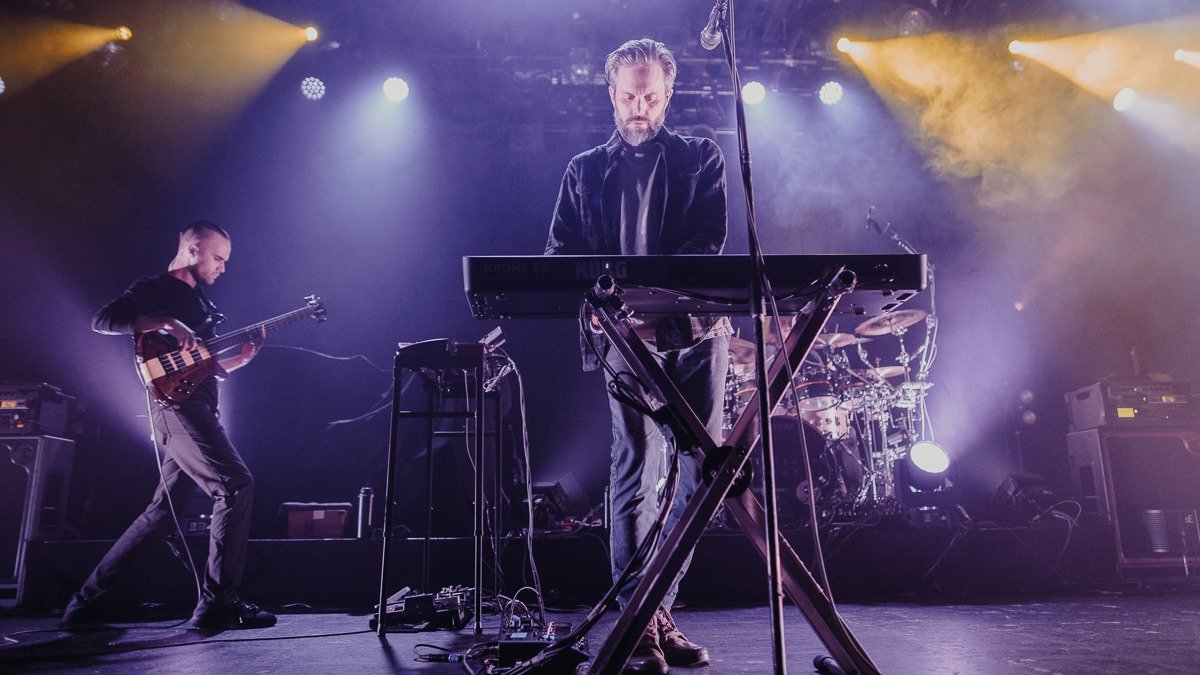 Without wasting time, the American East coasters Between the Buried and Me hit the stage with their classic 2005 album title track ‘Alaska’. Lead singer and keyboard player Tommy Giles Rogers Jr. ripped the microphone from the stand and roared at the crowd with his guttural vocals, frantically waving his arms with the intense guitar chugging. Their set continued with another older 13-minute behemoth ‘Ants of the Sky’ of the mighty ‘Colors’ album, with every member tightly playing the insane timing and melodic changes.

Each track lead the fans through their extensive discography, progressively getting newer. The band sounded fantastic like a fine-tuned machine, with Blake Richardson setting the intense and powerful drum rhythms that could rapidly change at any moment. As the multi-genre fused set came to a close, they finished with their latest track ‘Voice of Trespass’ which went from a Swing style orchestra right through to Pantera style metal riffs that opened up a large mosh pit.

After being thrown around by the intensity of BTBAM, it was time to cool off with some chill beach vibes provided by the West Coasters CHON. The stage was stripped of cables, several amps, lighting stands and backing tracks with only a small riser for the drum kit. The focus was truly on their effortless yet ridiculously technical playing.

CHON have an array of happy shimmering riffs that never felt repetitive or dull live. Both guitarists Mario and Erick had cheerful smiles as they melted the crowds faces with their complicated harmonies and mesmerising grooves. Providing the back beat for the melodic symphony was Mario’s brother Nathan on the drums, who threw in several jazz style fills into the mix. Despite being an instrumental act, their music certainly stands strong on its own. For such a young raw talented band, they are already pulling a large crowd and I am sure they will continue to grow their fanbase.