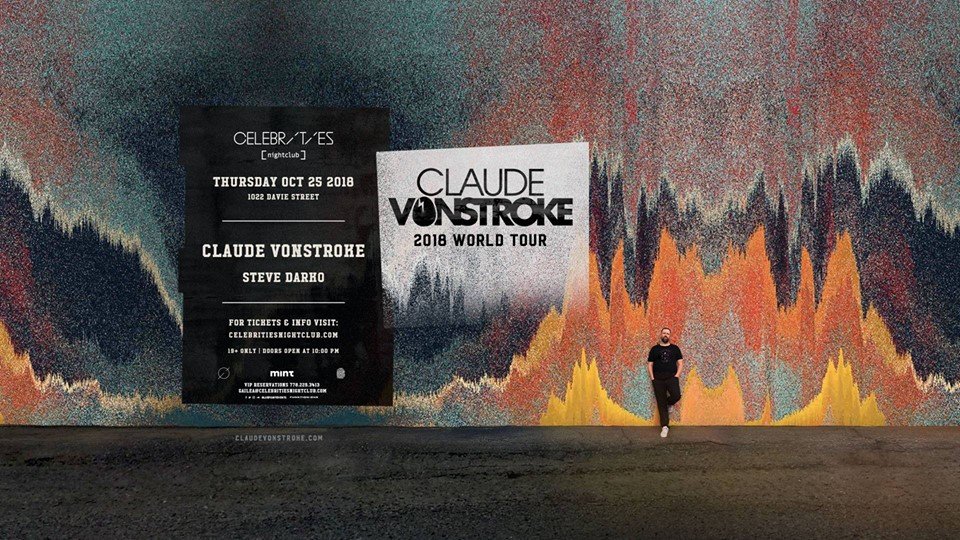 Barclay Crenshaw, better known by his stage name Claude Von Stroke, took to the decks at Celebrities Nightclub on Thursday, October 26th.  A Detroit native, Crenshaw had a diverse musical upbringing. His love for hip-hop introduced him to DJing, and eventually the city’s rich electronic music scene. Now based in San Francisco, Crenshaw started his house music label DIRTYBIRD back in 2005, and it has grown exponentially in their short 13-year history. Crenshaw describes DIRTYBIRD’s music as “tech funk”. This style of house is full of rolling basslines, unconventional melodies, and vocal samples that regularly verge on silliness.

The DIRTYBIRD Don did not disappoint, he kept the crowd moving and grooving for a hefty two-and-a-half-hour set. Claude Von Stroke packed his set full of originals, his favorite DIRTYBIRD tunes, and even some Detroit techno to round out the night. If you’ve listened to DIRTYBIRD’s music before you’d generally know what to expect from a Von Stroke show. I was impressed, however, that his set rarely lost my attention or felt repetitive even though there wasn’t a ton of stylistic variation. The dance floor was full from start to finish but thankfully not overcrowded, a problem that is common for Celebrities and other Vancouver nightclubs. This was a friendly crowd for Claude to play for, with many dedicated fans decked out in their DIRTYBIRD merch. One lucky fan could be seen dancing with a Claude Von Stroke headshot which had just been autographed. Claude ended the evening with his original tune “The Rain Break” which was met with a roar of cheers and applause from a delighted crowd.