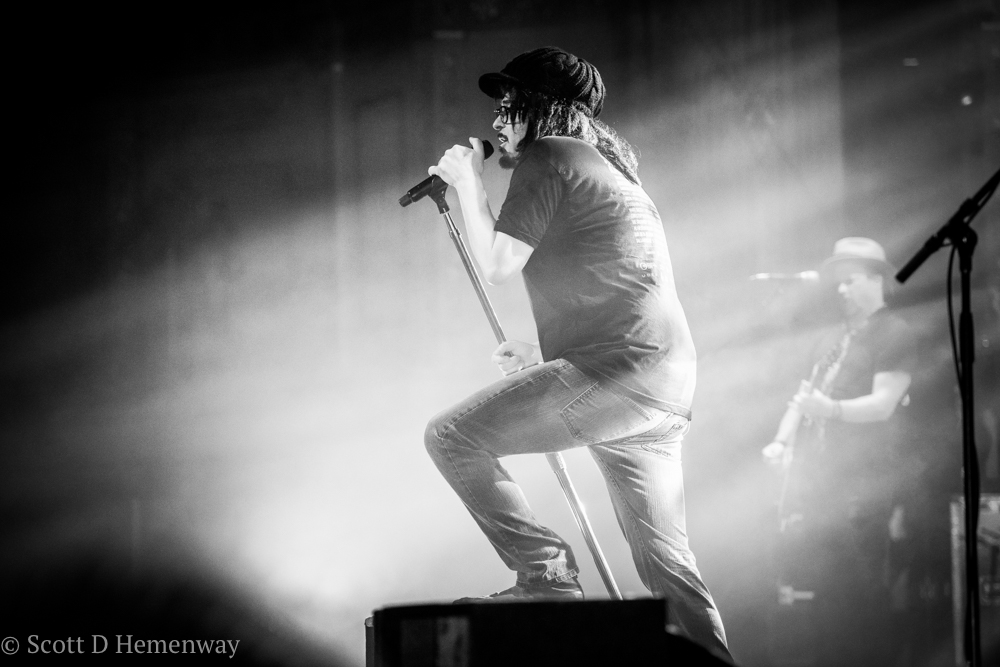 I would not consider myself a “die-hard” Counting Crows fan, but I am most definitely a fan. I have always enjoyed and appreciated this band very much. In fact, last year I had their Films About Ghosts (The Best of Counting Crows) album playing in my car for about a month, which features many of their well-known songs, including “Round Here,” “A Long December,” “Mr. Jones,” and my personal favorite, “Mrs. Potter’s Lullaby.” When I found out that they were touring with The Wallflowers last year, I was very jealous, because I would have loved to have seen that show. Luckily, I was fortunate enough to see them perform live on Tuesday evening at the Orpheum Theatre, downtown Vancouver, which was very special.

The lights dimmed down and Bill Withers’ “Lean on Me” played for about a minute and a half before the lights turned up and the band walked on stage followed by the cheers of those in the theatre. The band kicked off the show with “Round Here” as their first song, which was a great intro to the evening and a lovely way to warm up the crowd.

By far, the best highlight of the evening was after a few songs in, when the guitar progression began for the band’s most famous song, “Mr. Jones,” and the ENTIRE venue stood up. Old, young, it didn’t matter. Everyone stood up and everyone participated. It was a wonderful moment and a great way to honor the band.

After Mr. Jones, the band toned it down to a slow number, the beloved “Colourblind,” which became well-known from the soundtrack to the 1999 film Cruel Intentions. This made for a powerful transition and a nice segue. Lead singer Adam Duritz had the entire theatre captivated as he sang this beautiful number. The band played a few tracks off of their latest album, Somewhere Under Wonderland, including the delightfully quirky song, “Earthquake Driver.” I am embarrassed to say before I attended the show, I had not actually not yet heard this album (I have fallen behind), but their on-stage energy was excellent.

The Crows performed some of their classic hits, including “A Long December,” “Hanginaround,” “Friend of the Devil,” and “Rain King,” all of which were well performed. As far as technical issues go, there were none. The band sounded great and clear. There were no issues with sound or instruments, as these guys are pros. Many kudos to whoever was in charge of the lighting. It was on key, on beat, and very well synched with the performance throughout the entire show. Professional indeed. The Counting Crows are a fantastic band and would certainly recommend catching their show if they happen to be rolling through your town!