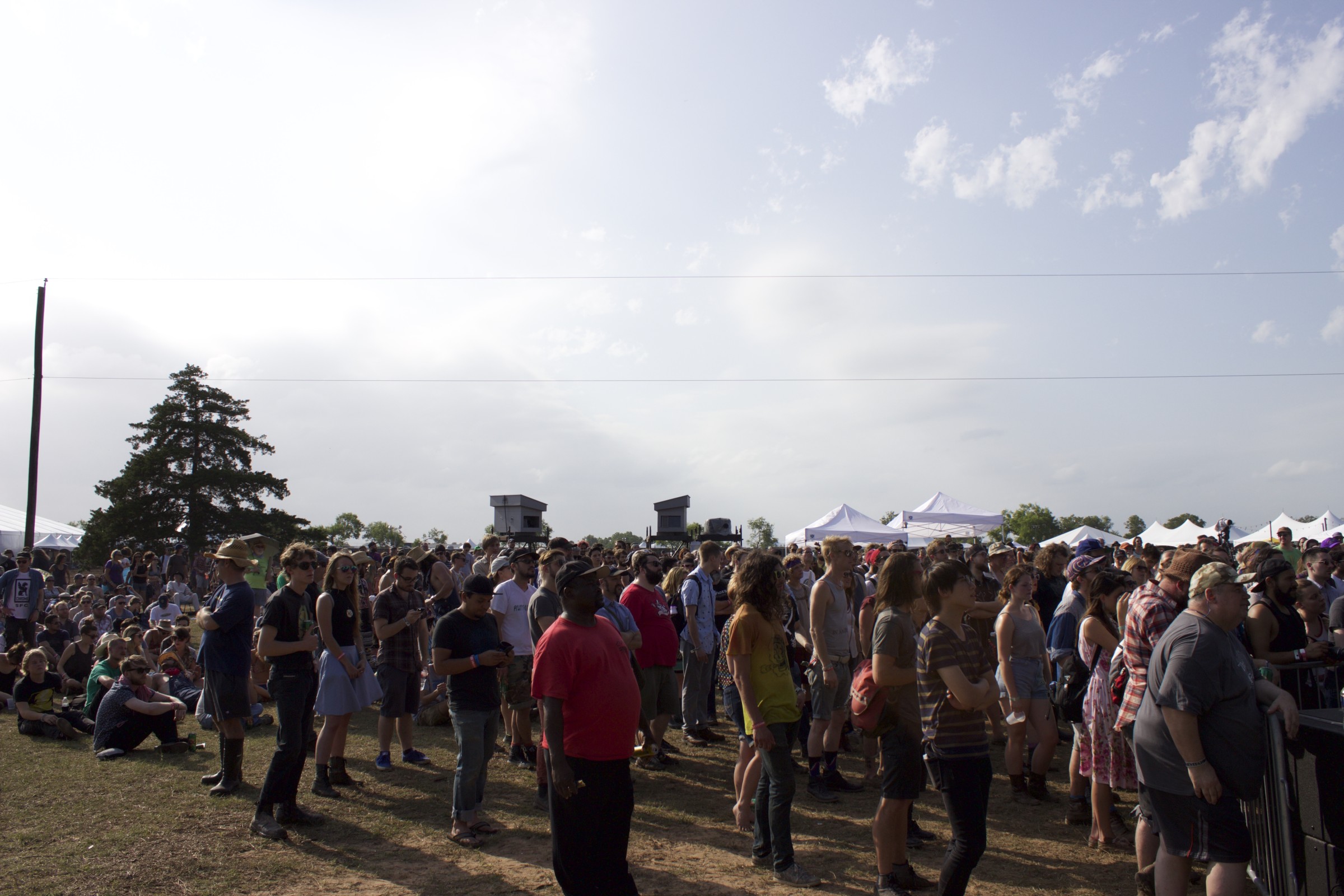 Playing as thousands of excited fans trickled towards the ranch, early sets by Ringo Death Star, Mr Elevator & The Brain Hotel quickly confirmed the festivals’ unusually formidable standard of music. Inuit artist Willie Trasher & Linda Saddleback’s afternoon performance is a perfect example of the festival’s far reaching outlook, which has taken great care to draw overlooked talent from distant places and eras long past. Willie Trasher’s spirited aura demonstrates that a musician need not have distortion or reverb petals to be psychedelic. 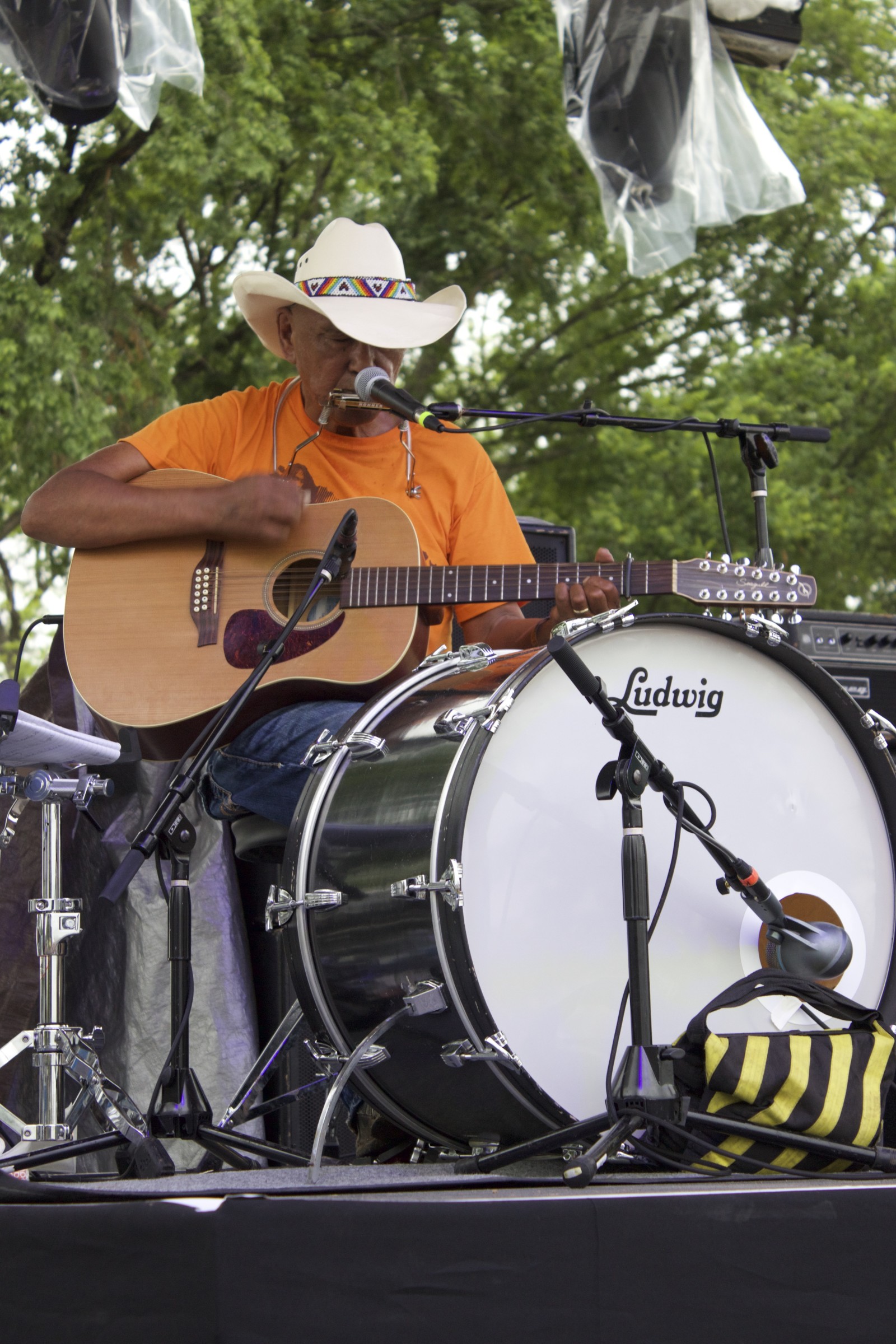 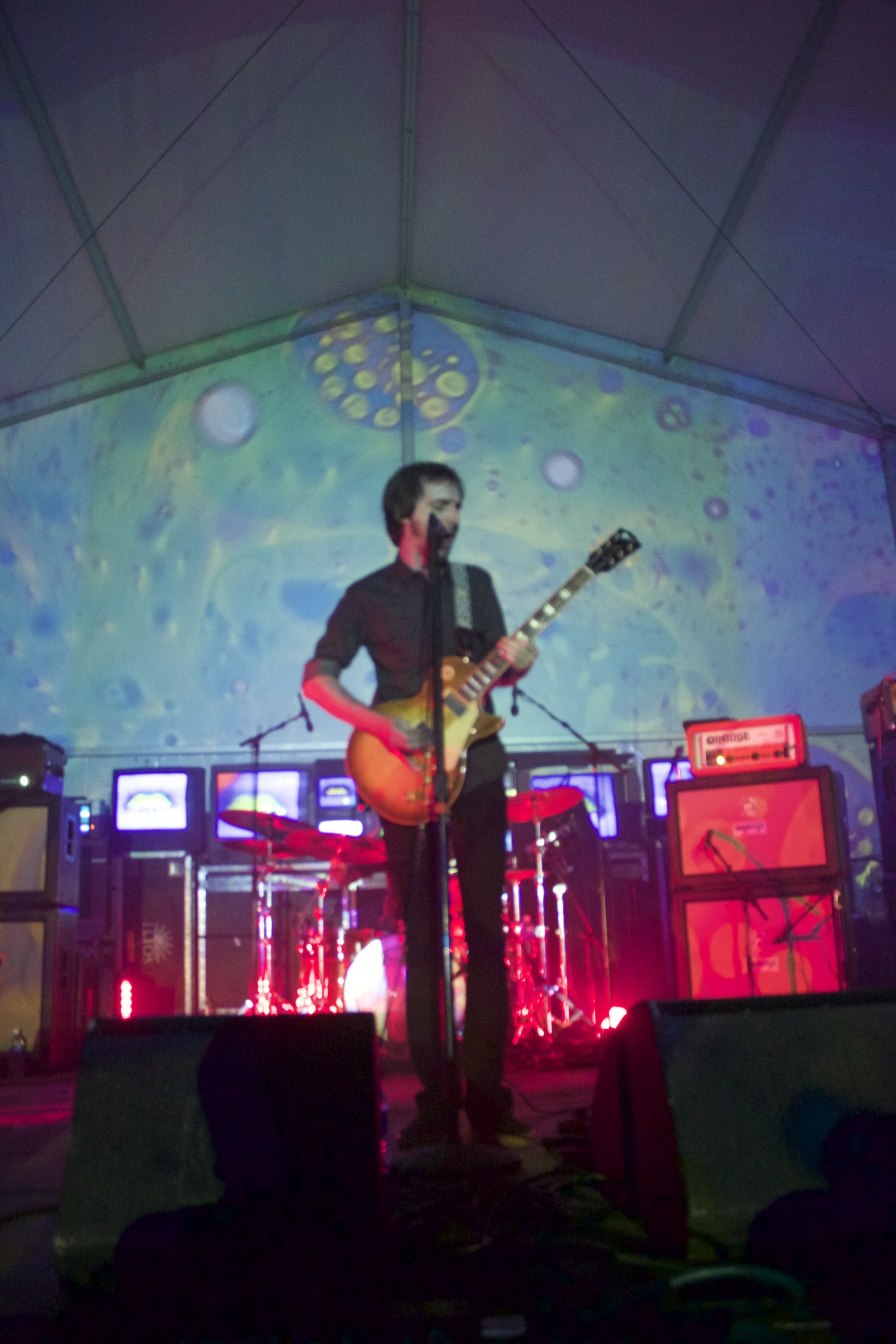 From the first instant of walking onto the festival grounds, the imposition of recent heavy Texas rains was apparent. The stunning Elevation Amphitheatre was forced to relocate to the plateau above the Colorado river as to avoid the unusually high water mark of the river. This year, the exceptional Elevation Amphitheatre was reduced to a more typical stage setup, although the swaying branches and leaves of surrounding trees retained much of the naturalistic vibe; a real shame, because the natural riverside theatre might be the most picturesque stage in existence but it didn’t slow down the Holy Drug Couple, a Chilean psych outfit with longstanding ties to the festival. Further acclimatized the crowd to the psychedelic space with their lush, melodic rock, the Holy Drug couple leading the a crowd hungry for art and deep into a state of heady bliss. 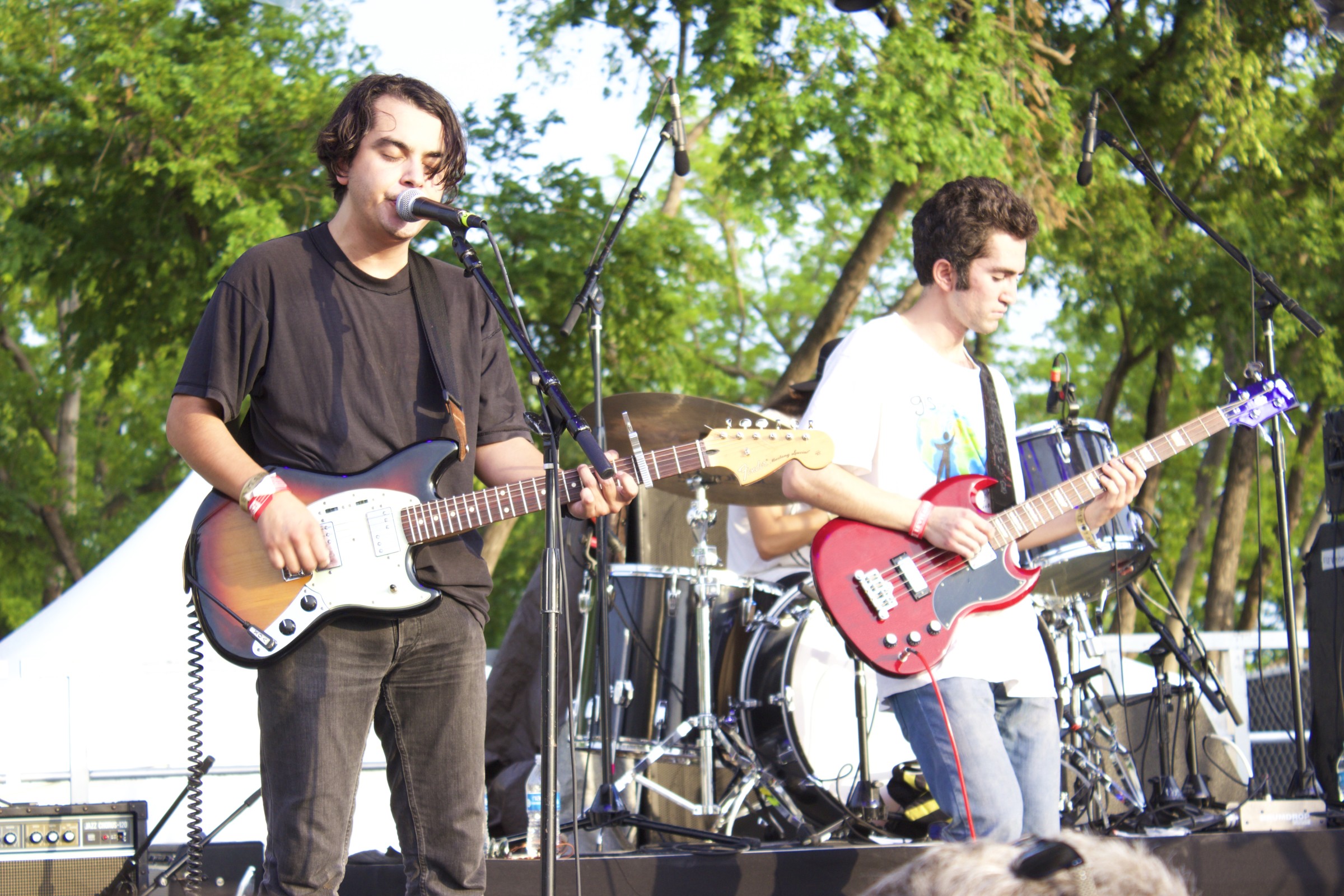 Variety and risk are essential elements of Levitation. The festival is a perhaps unequaled showcase of intriguing up and coming talent with limited concern for commercial appeal. On the Reverberation stage, Mini Mansions, a recent project including Queens of the Stone Age bassist Michael Shuman, delighted an early evening crowd with their dynamic three piece sound. Blondie’s “Heart of Glass” received a cheeky but appreciative reinterpretation cover worthy of mention. A hybrid synth/rock band, Mini Mansions play a brand of pop with kick. 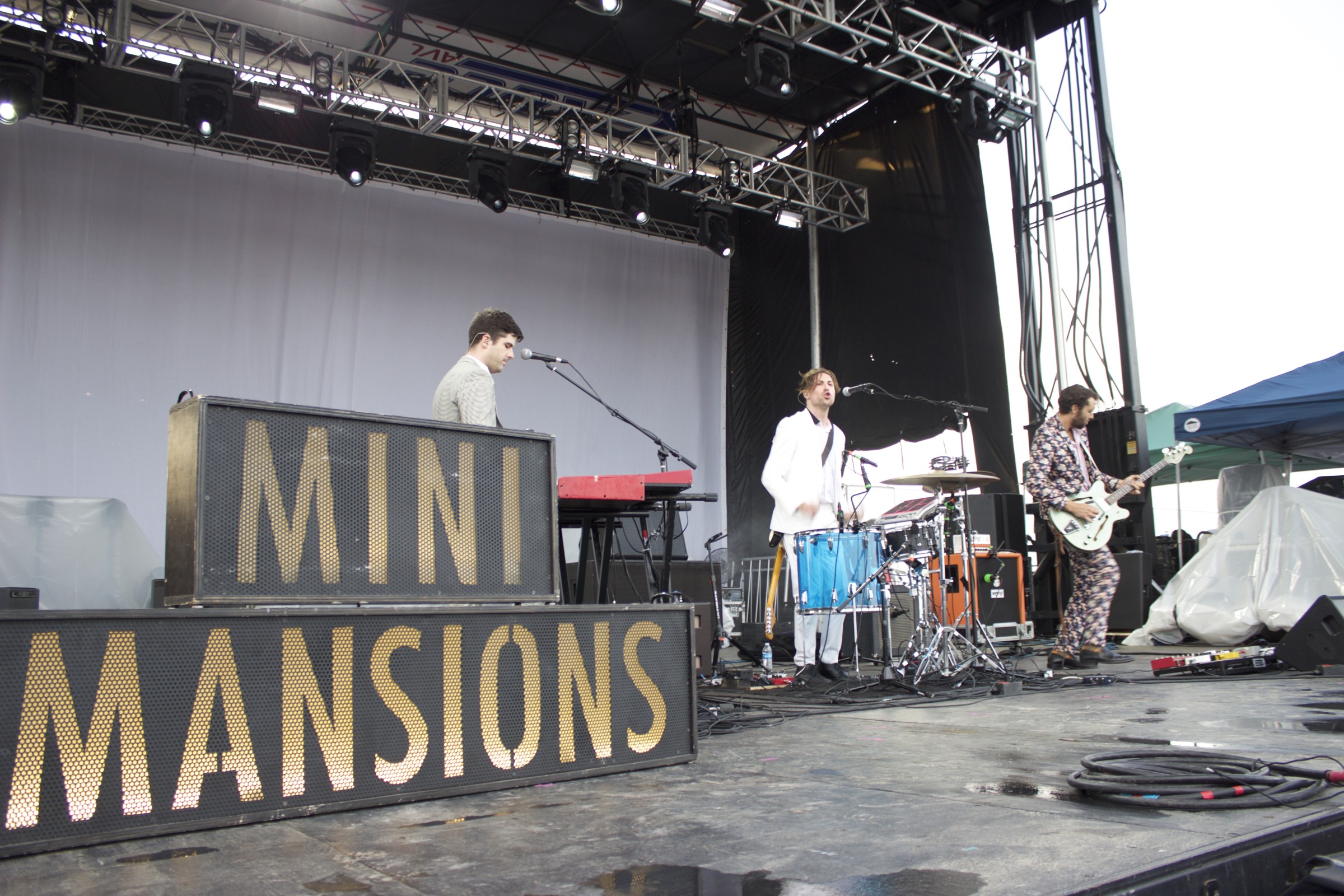 Back at the Elevation stage, RAS darlings Holy Wave rocked the minds of an ever increasing crowd with the tantalizing groove of “Do You Feel It?” The audience, setting and light show could have been tailor made for Holy Wave. Levitation not only provides a strong bill of artists, the idyllic setting and inviting atmosphere pressure bands to give their absolute all.

Levitation bands are hardly resigned to drifting jams and open chords. Performing at the Levitation Tent, heavy rock riffers the Sword cranked out bold tones over smashing cymbals and a tantalizing light show of oil projects. Situated at the back of the stage were dozens of bulky television sets broadcasting images of black and white static. Combinations of of screens, lights and a bubbling oil project assaulted the senses, arranged by veteran psychedelic projectionist Bob Mustachio of Christian Bland & the Revelators and newly founded project Hollow Trees<; Mustachio curates many of the festival’s exceptionally fine visualizations 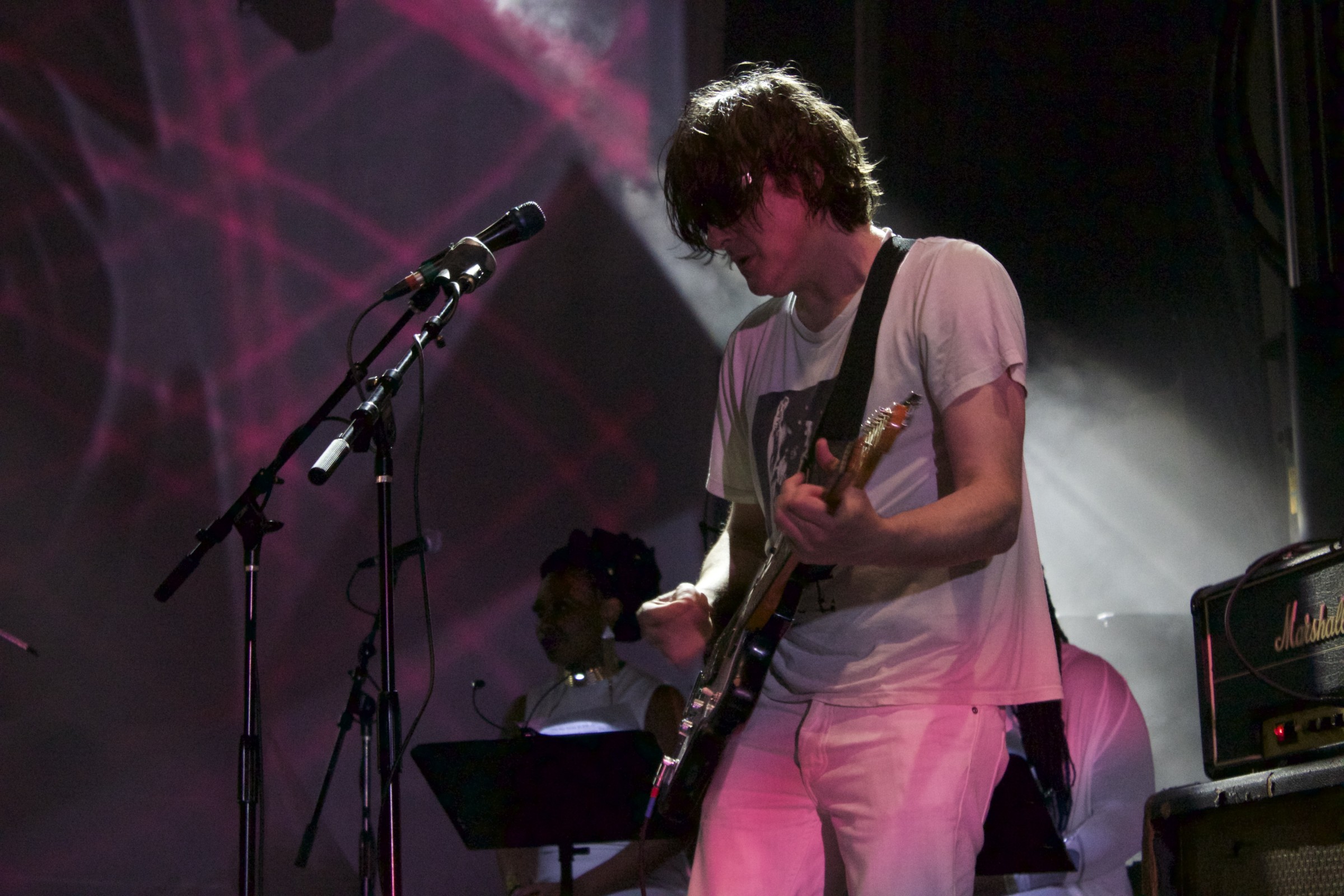 Friday night's headliners included Spiritualized, Jason Pierce’s post Spacemen 3 outfit, and Tame Impala, one of the most popular groups of modern psychedelia. Spiritualized’s set included grandiose arrangements and soulful backup vocals, leading the audience on a groovy and soulful sonic journey. By the time Tame Impala took the stage, the size of the audience had swelled into perhaps the world’s largest dedicated psychedelic event. Phasing through fan favourites like “It’s Not Meant To Be,” “Elephant” and “It Feels like We Only Go Backwards,” Tame Impala also debuted a new tune called “Eventually,” which will be included on their forthcoming third album Currents. One of the most exciting, and certainly successful modern bands of their genre, Tame Impala’s Kevin Parker stated that he’s heard about Austin Psych Fest since the festival’s first year and wanted to attend ever since. The debate of a new track was a classy salute to the festival. 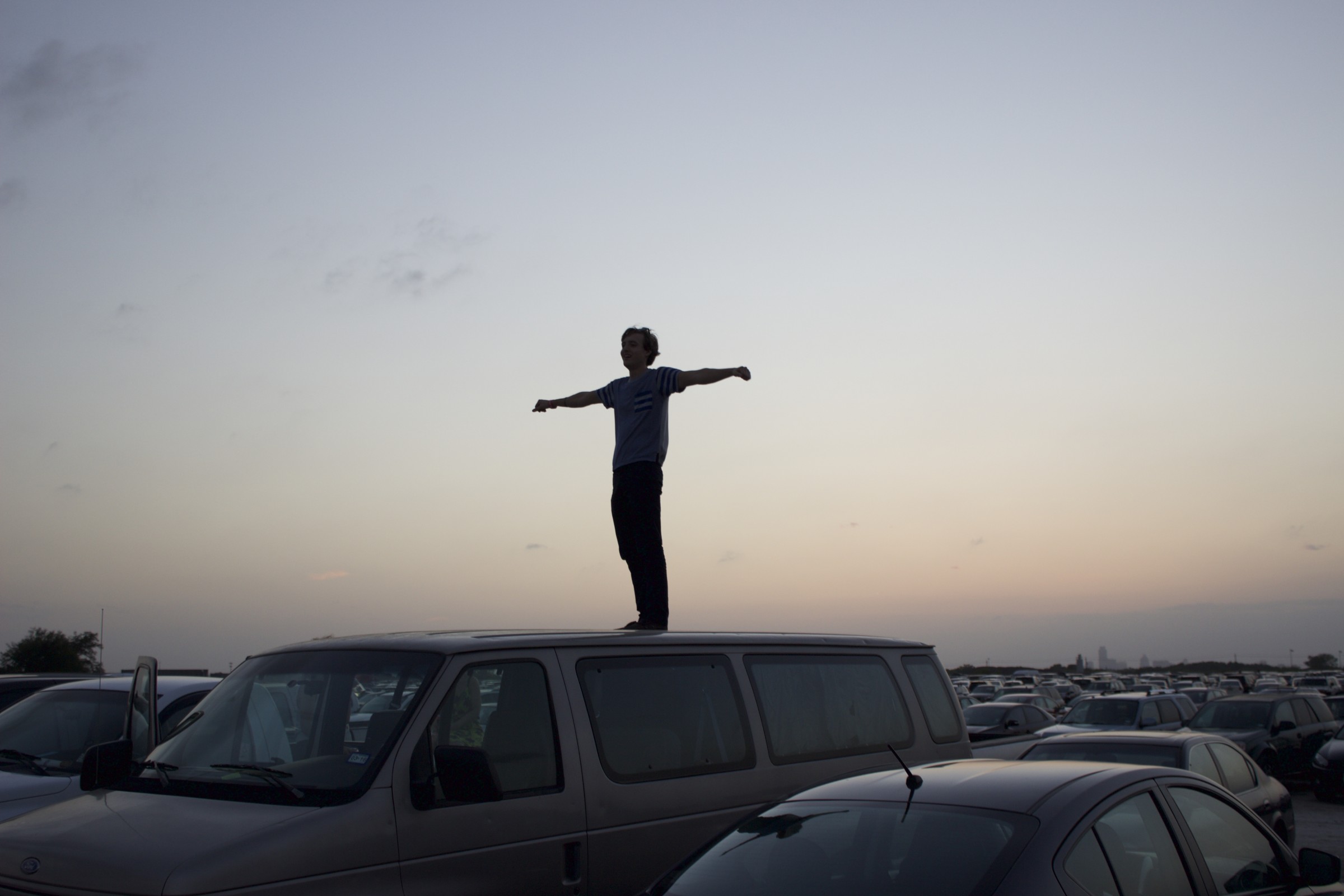 The final set of the evening would be Metz of Toronto, Ontario. A vicious three piece rock group totally embodying the Sub Pop punk rock aesthetic, Metz are capable destroyers whose gritty release of energy finished off the minds of the audience not yet blown; these guys know how to blow off steam. 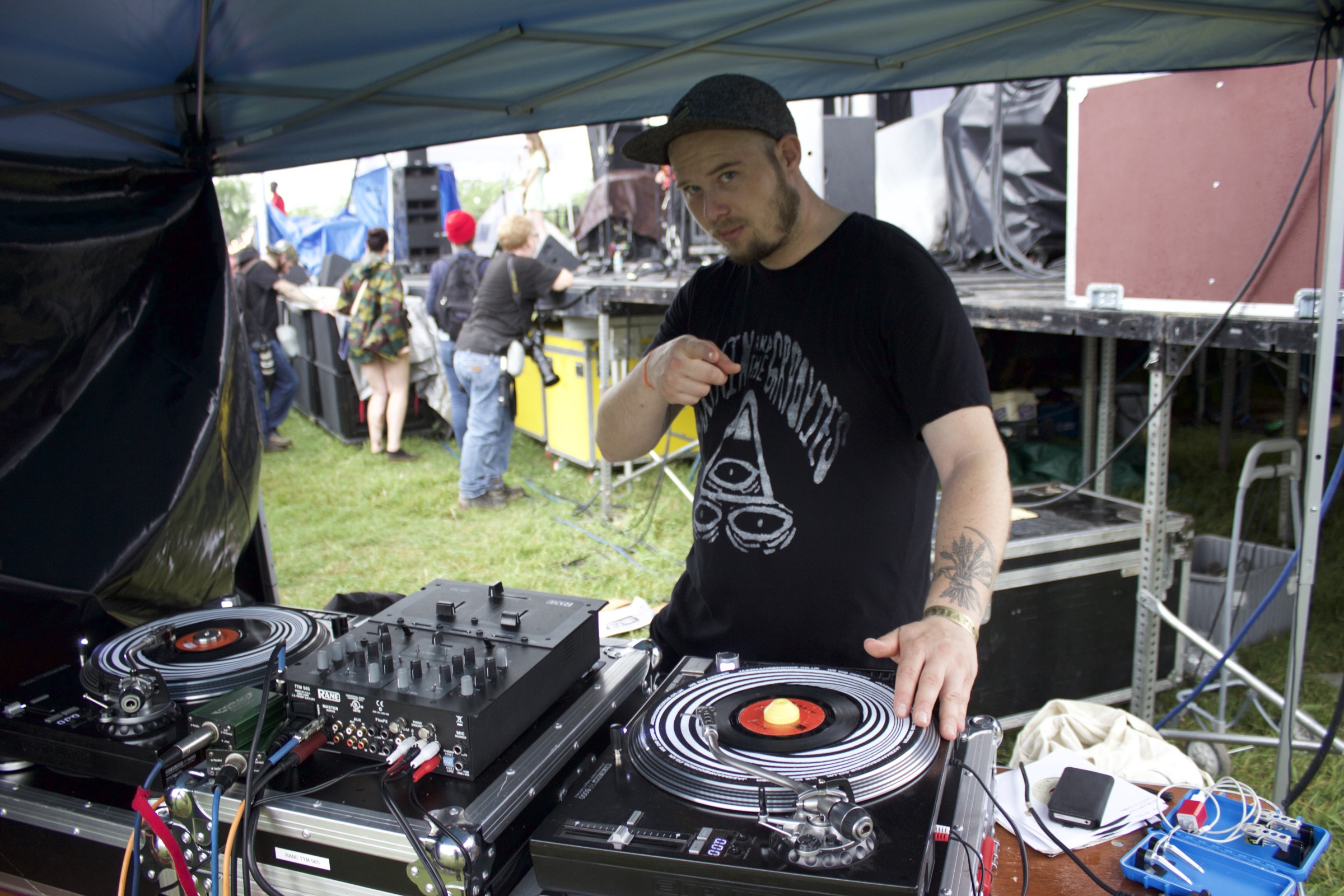