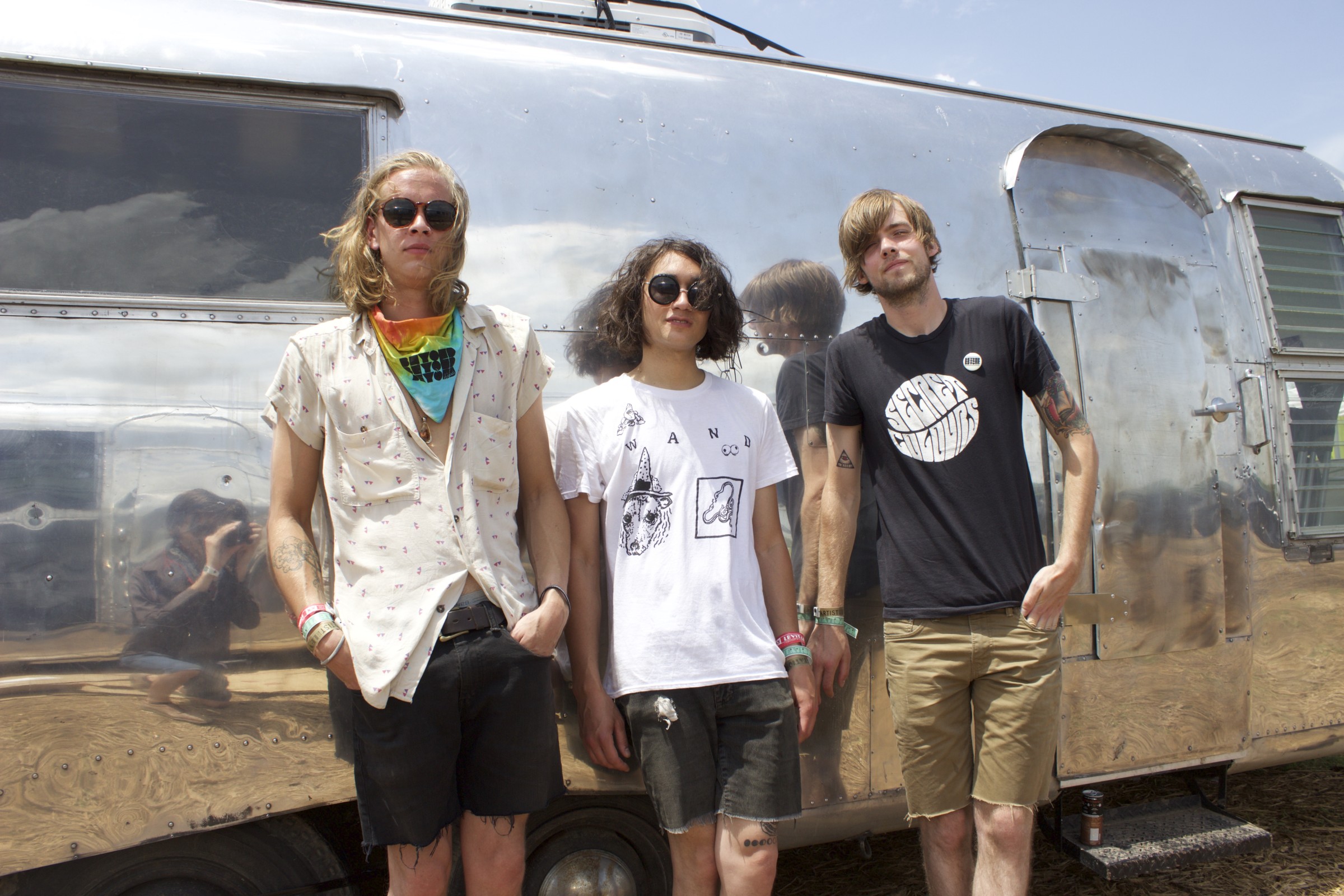 Given the infectious psychedelic energy of Friday’s performances, festival goers were well primed for day two of Levitation. Starting off the day’s sets on the Reverberation Stage were Heaters, a powerful three piece band from Grand Rapids, Michigan who should be recommended for fans of Passover, the Black Angel’s debut. A heavier incarnation of surf inspired rock, Heaters play an advantageous balance of high volume and blistering tones. 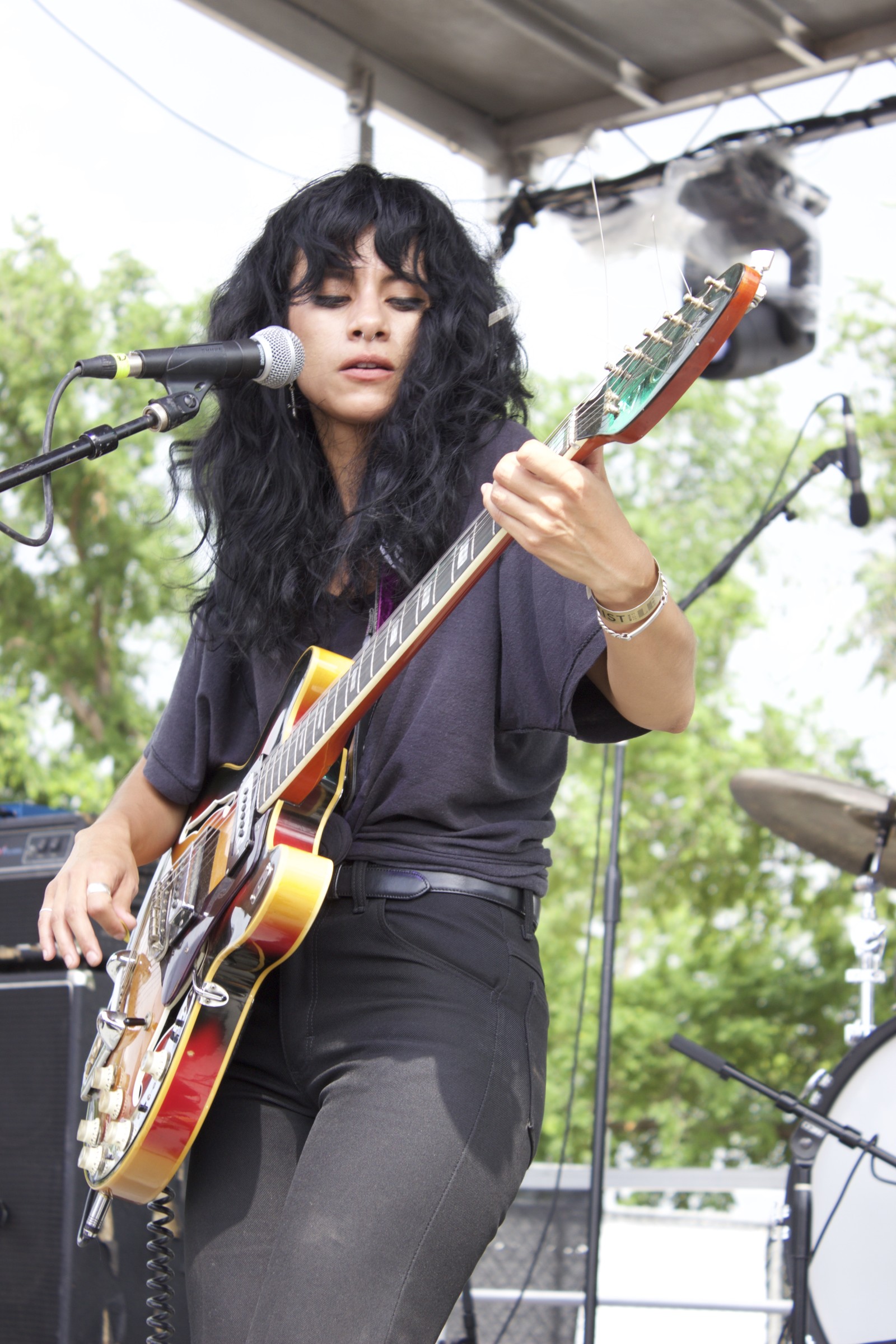 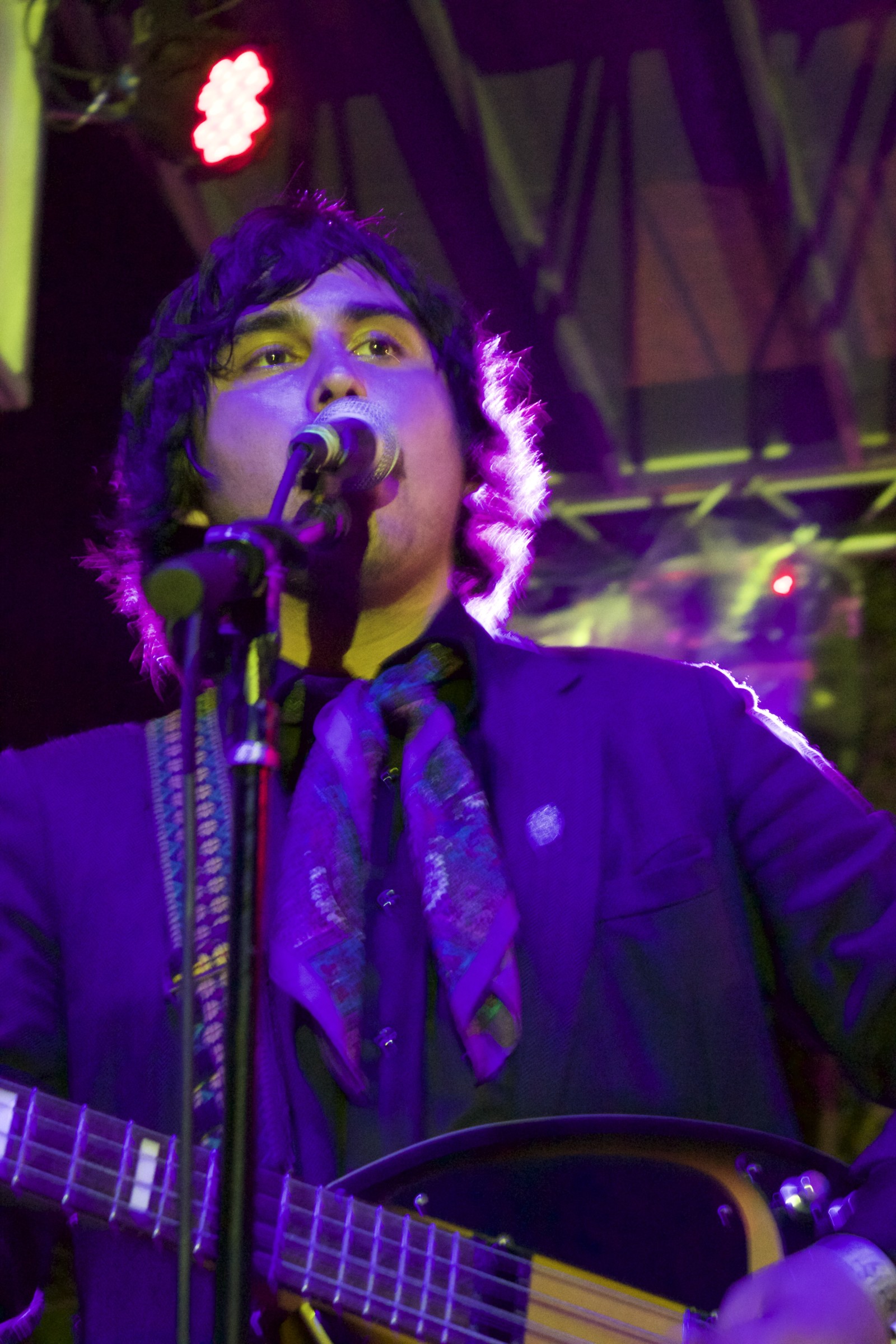 Taking to the Elevation Stage, the Californian band L.A. Witch cranked out bold punk grooves, rocking back and forth in the hot Texan sun. An all female three piece rock band, L.A. Witch hypnotized the crowd with the boom bass tones and strong, succulent progressions on the “You Love Nothing;” their sound would be a good soundtrack for a desert road-trip. 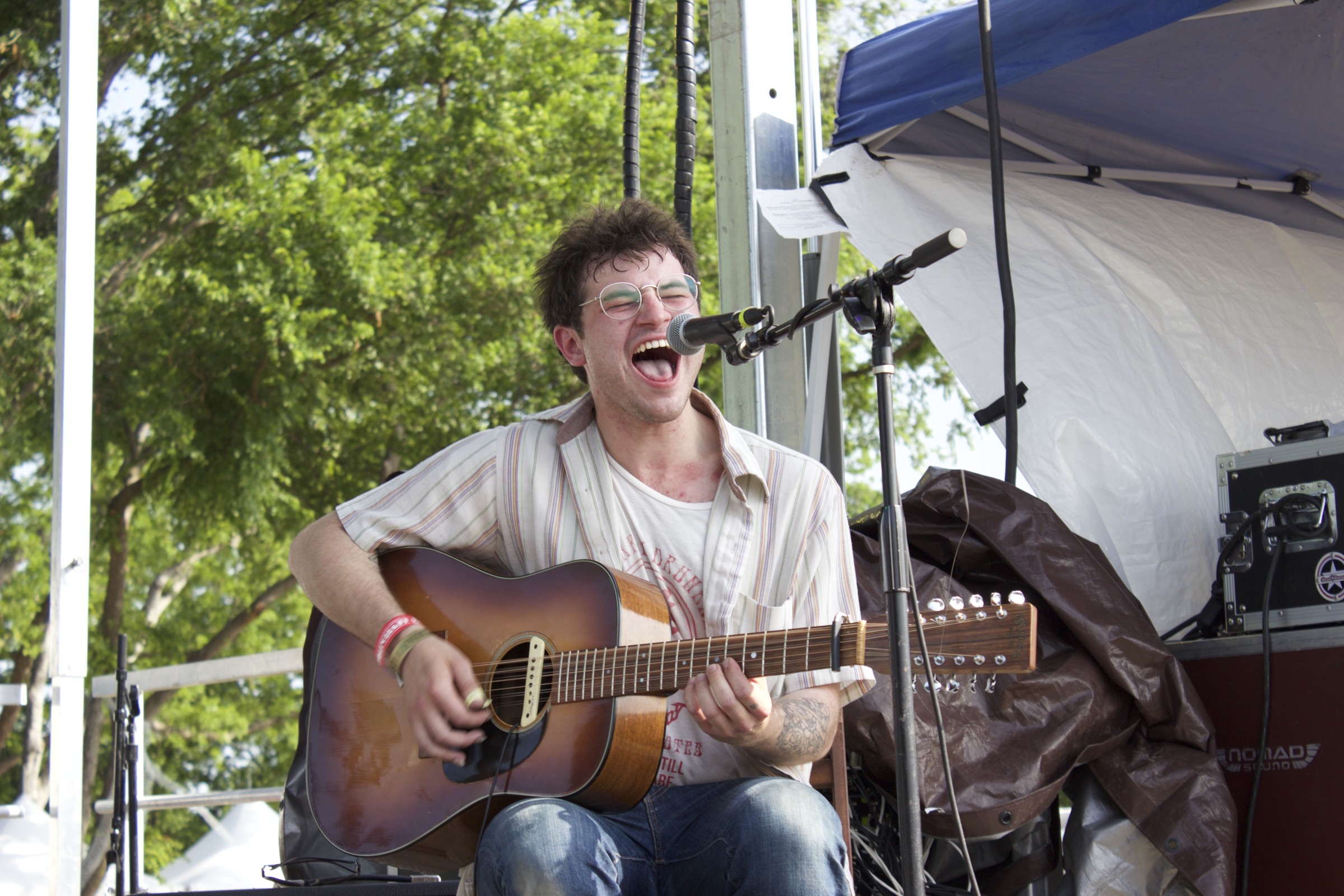 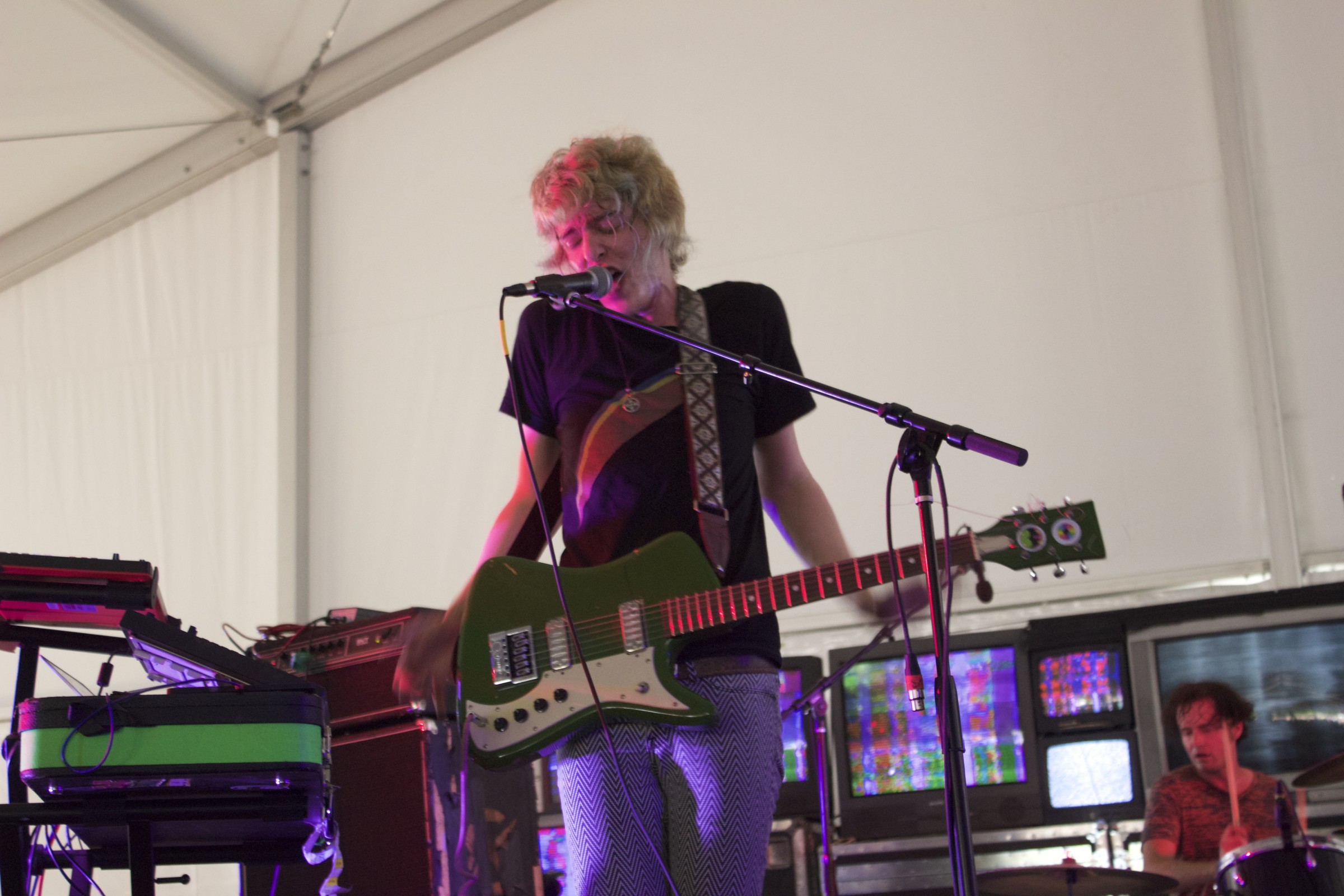 Across the way, Fever The Ghost, alternative psych rock group rattled the Levitation tent with a cheeky, catchy ambient pop somewhat akin to english psych rockers Temples, with whom the band is touring with later this spring. Vocalist and guitarist Casper bears an uncompromisingly unique stage presence something like a blend between the finesse of Marc Bolan and quirkiness of Bradford Cox. 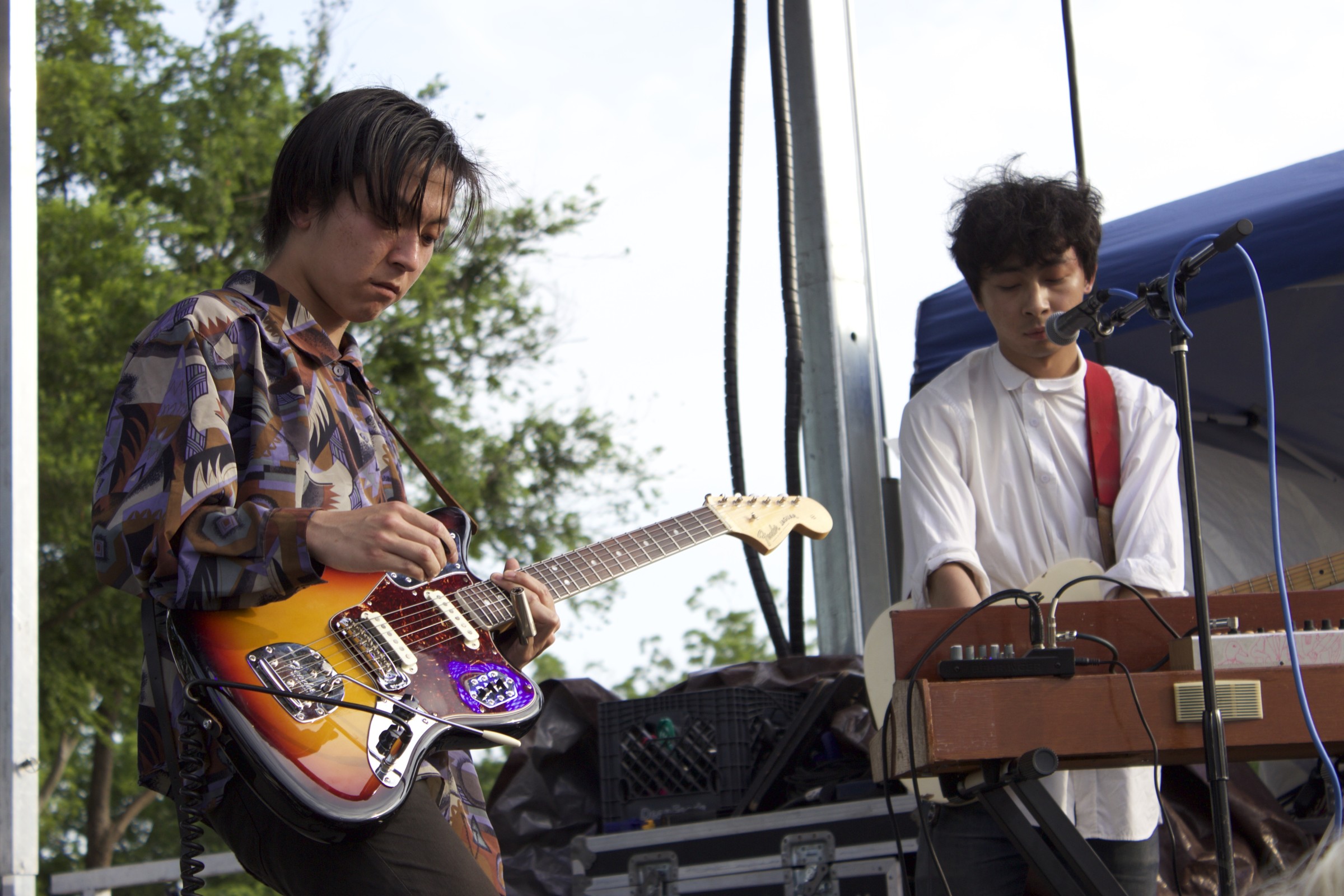 Chui Wan, a Beijing based experimental rock band unafraid to shed popular musical convention, cranked out a meandering structures befitting of Tera Melos. Levitation’s focus on international acts such as Chui Wan is one of the festival’s most unique and defining features. Having caught the attention of the Committee to Keep Music Evil, a Brian Jonestown Massacre affiliate label, Chui Wan provided an intriguing glimpse of China’s psychedelic scene which remains largely a mystery to western audiences. 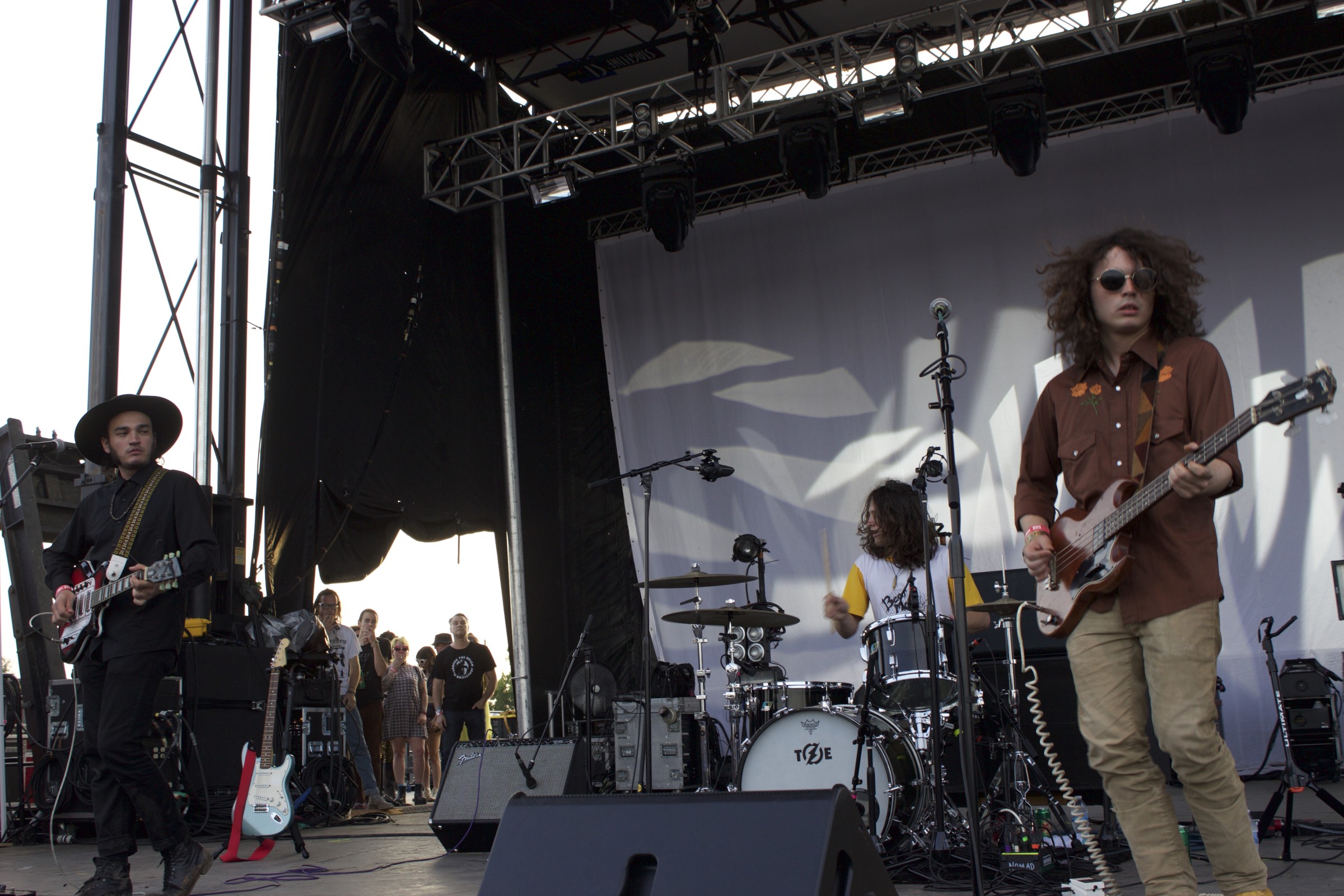 Back on the Reverberation Stage, Night Beats performed a characteristically amazing set. Lead by the intensely talented and charismatic Lee Blackwell, Night Beats are brimming with energy, power and professionalism. If their last record Sonic Boom isn’t the strongest collection so far released on the RAS label, it certainly comes close. This three piece make rock and roll look effortless, their live show is simply phenomenal. 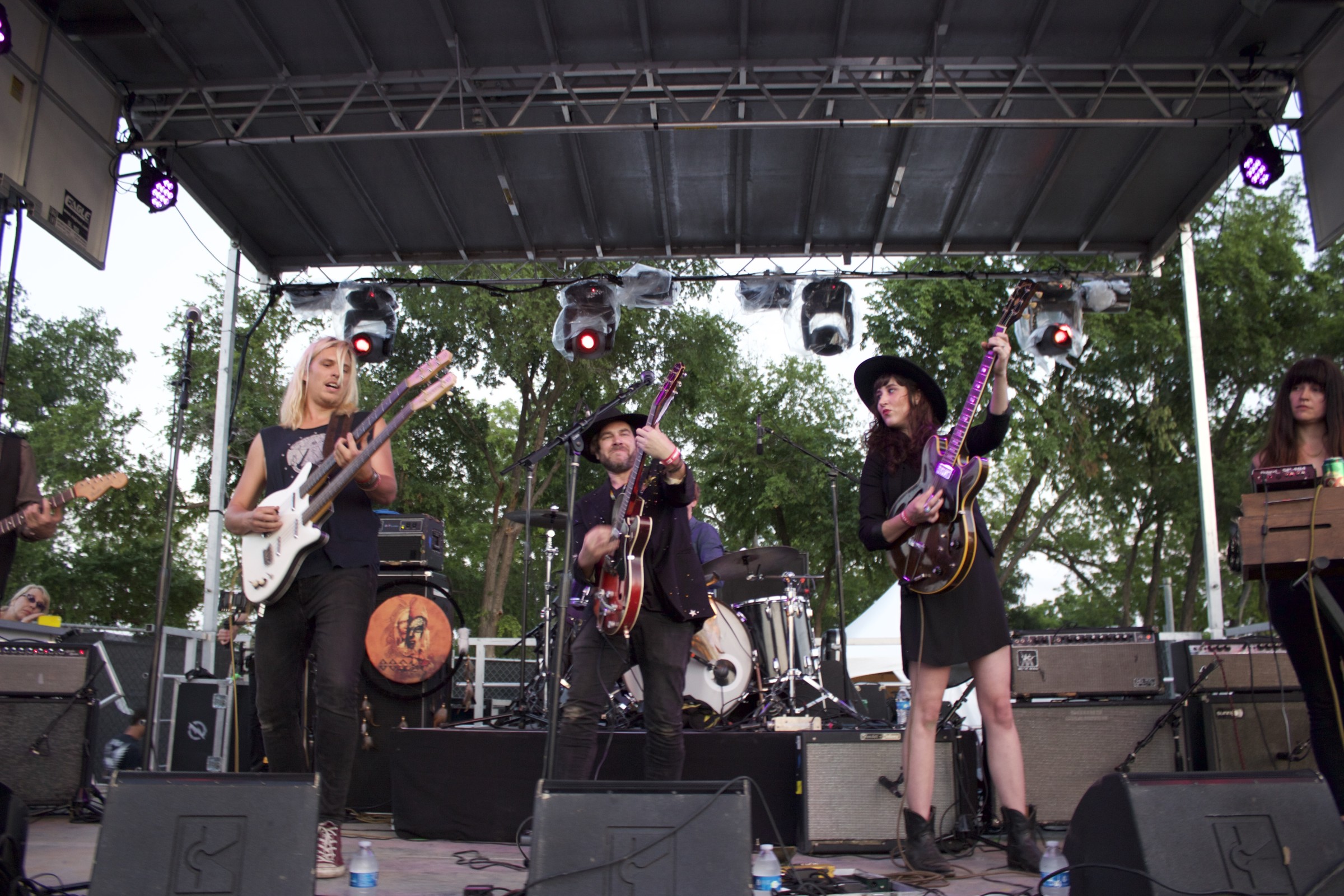 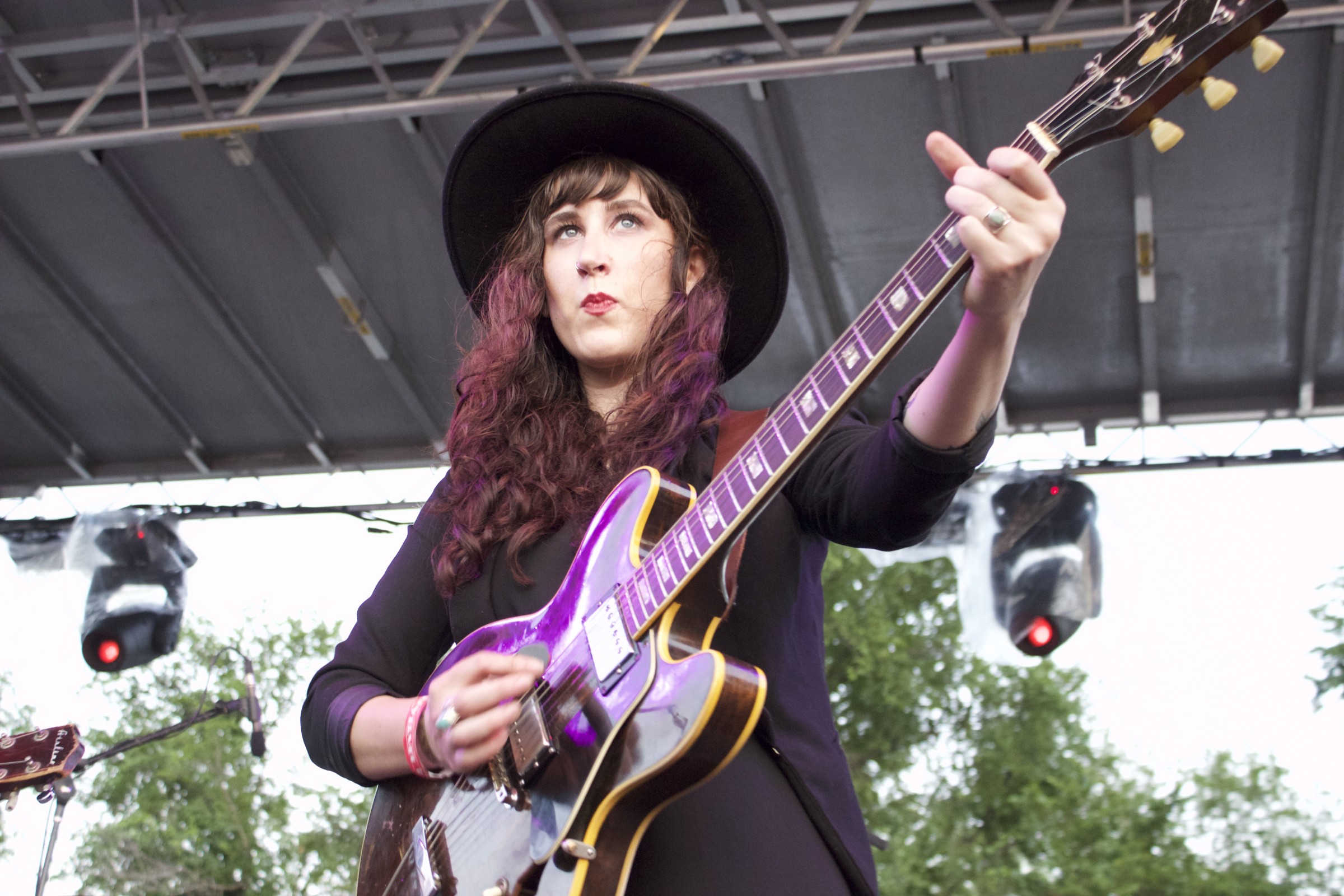 Australian psychedelic shoe-gazers the Black Ryder performed an evening set under the cover of the Levitation tent, perhaps a comfort to the band given the torrential rain pour during their set at 2013’s Austin Psych Fest. Waving, subtle soundscapes coloured the space behind Aimee Nash’s airy vocals. Recommended for fans of My Bloody Valentine, the Black Ryder weave a dense sonic tapestry. 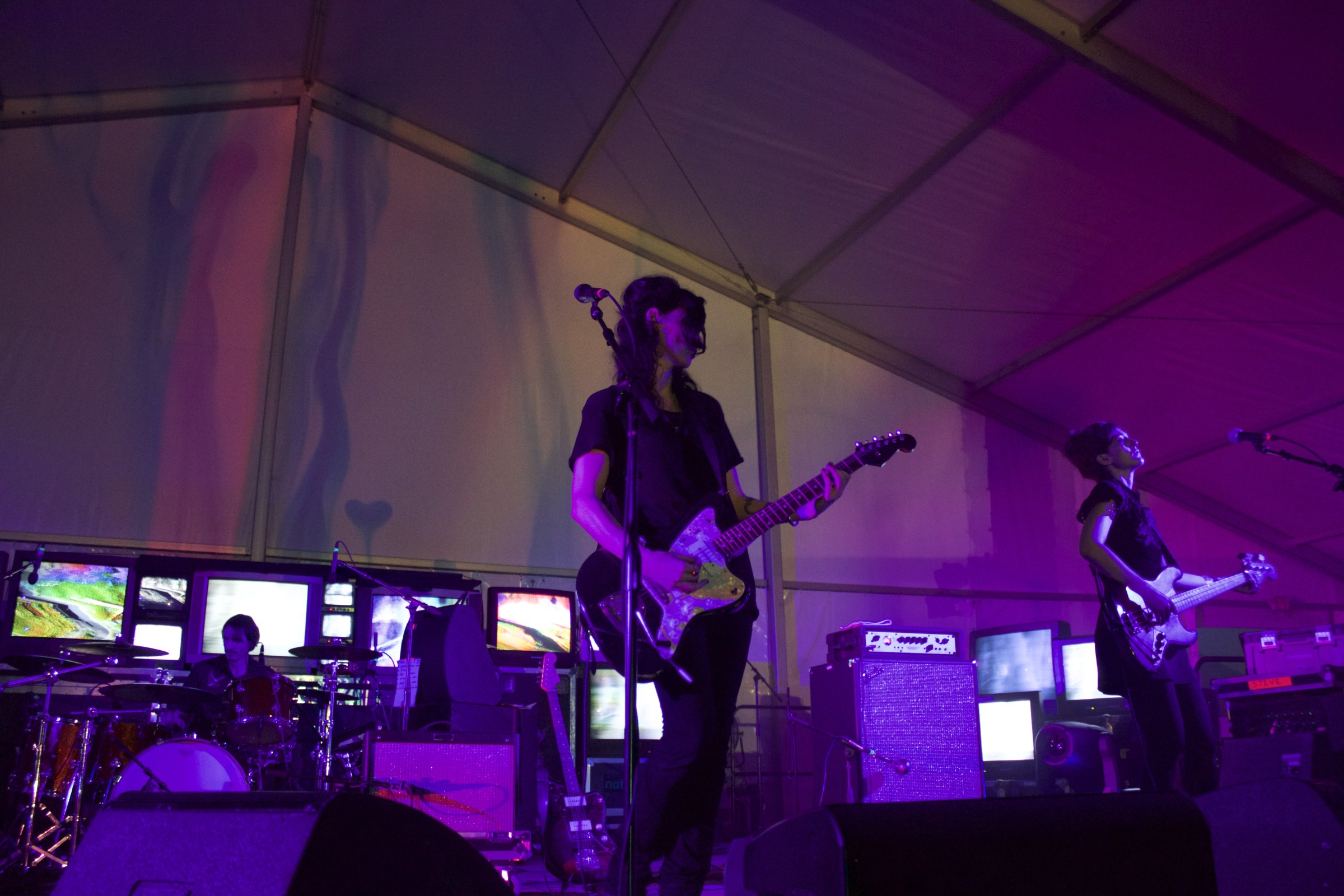 Levitation has a relentless side: with so much good music taking place that the concert goer must inevitably choose which amazing bands to see and which to miss. The Oh Sees, blew plenty of minds with their punchy skater rock psychedelia. Frontman John Dwyer has so much personality, he could make the eating a hotdog look interesting. Simultaneously, back at the smaller Elevation stage, Mystic Braves distinguished themselves with one of the festival’s most on the mark, and persuasive sets. Desert-inspired psych rock songs like “Bright Blue Day Haze“ flowed with accessible ease. Largely unknown, Mystic Braves used their allotted time to their full advantage. Well into their set, the band offered comment: “this is the best show we’ve ever played.” Their observable enthusiasm intoxicated the audience. A perfect recommendation for fans of the Allah Lahs, Mystic Braves were a definite festival highlight. 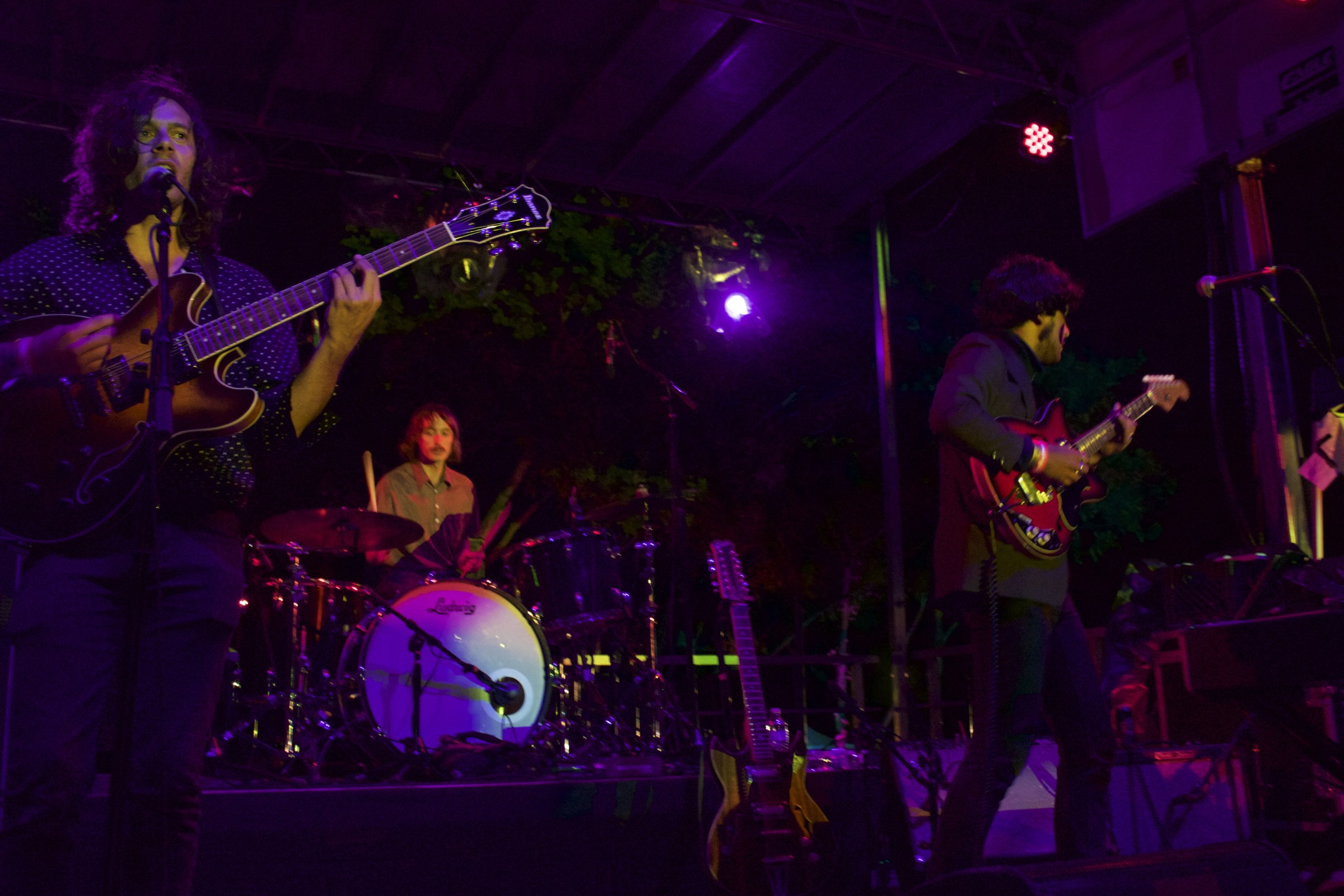 San Marcos post rockers This Will Destroy You reached for the heavens with their powerful but accessible brand of post-rock. More streamlined than Godspeed You!Black Emperor, TWDY are something of a Texas equivalent of Scottish post-rockers Mogwai but with less downtime, heavier peaks and a more uplifting atmosphere. Under dim lights and intense psychedelic projections, TWDY took their audience to another world. 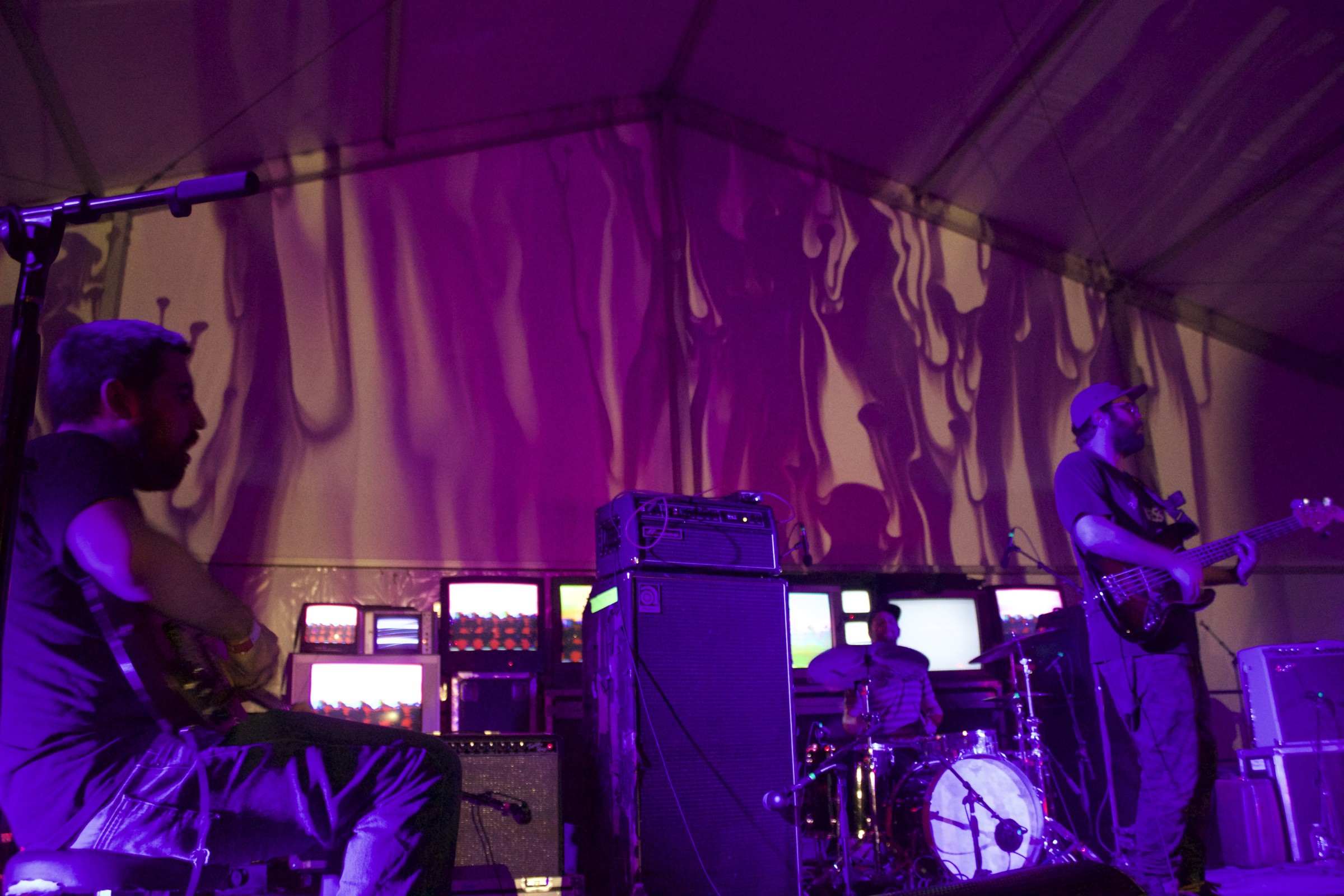 Sub headliners Primal Scream took to the MainStage for a characteristically hip and soulful set of British acid house. Frontman Bobby Gillespie flaunted about onstage, making up for the band’s cancelled appearance at last year’s festival. “Higher than the Sun” was introduced as a perfectly fitting composition for a psychedelic festival. Gillespie previously played drums for the Jesus and Mary Chain, who followed Primal Scream’s set with a clean and complete performance of their record Psychocandy. Meanwhile, Dylan Carson’s Earth bore an earth rattling tone during their performance at the Elevation Stage. Earth represent an approach of avant-garde metal that embodies a connection to many musical styles present at the festival. 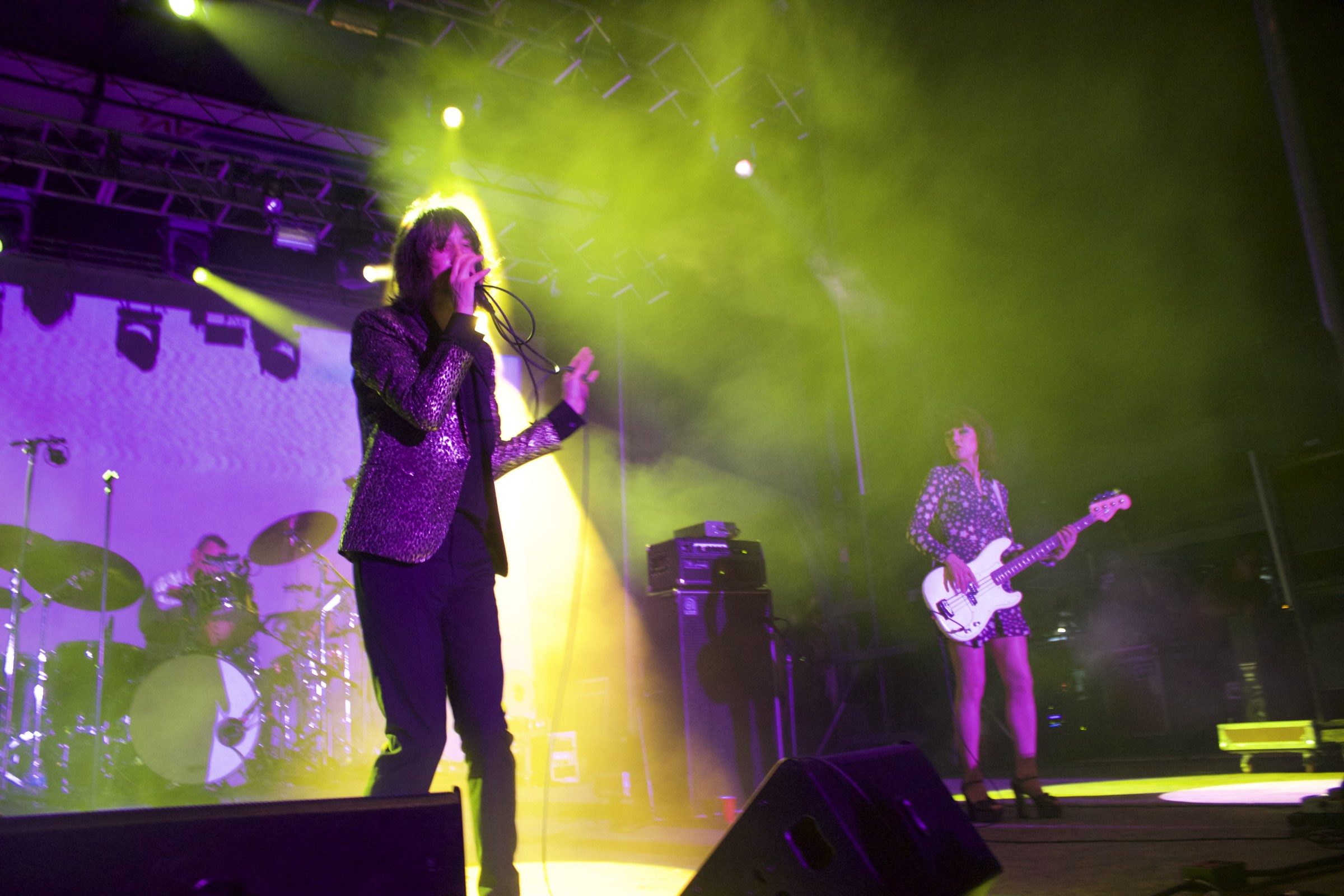 New Zealand born Tamaryn lead her band through a dreamy, ambient set without exposing her face beyond her long, curled hair. Using a guitar style not unlike that of Kevin Shields, the band’s crunching guitars left space for Tamaryn’s spacey, flowing vocals. 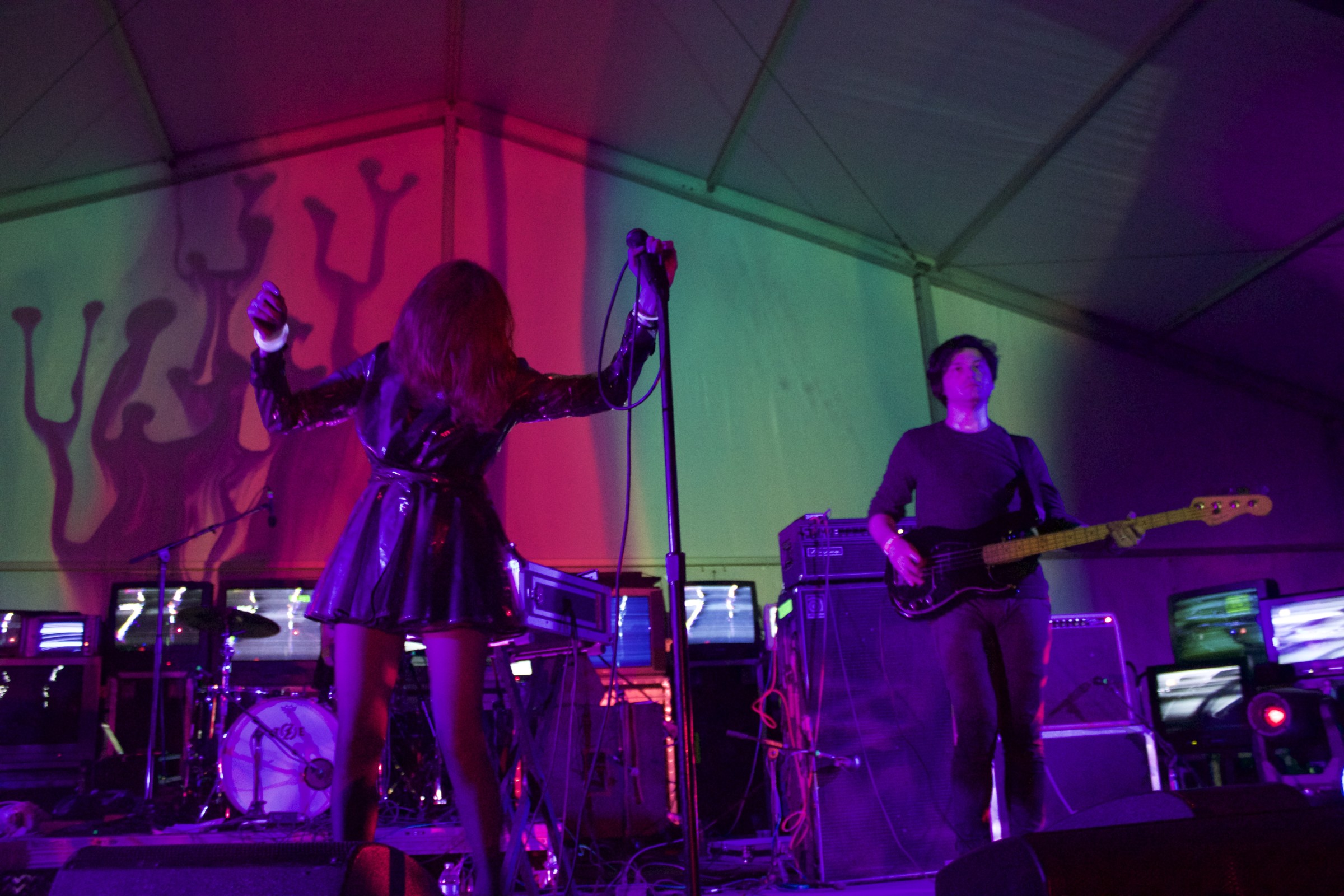