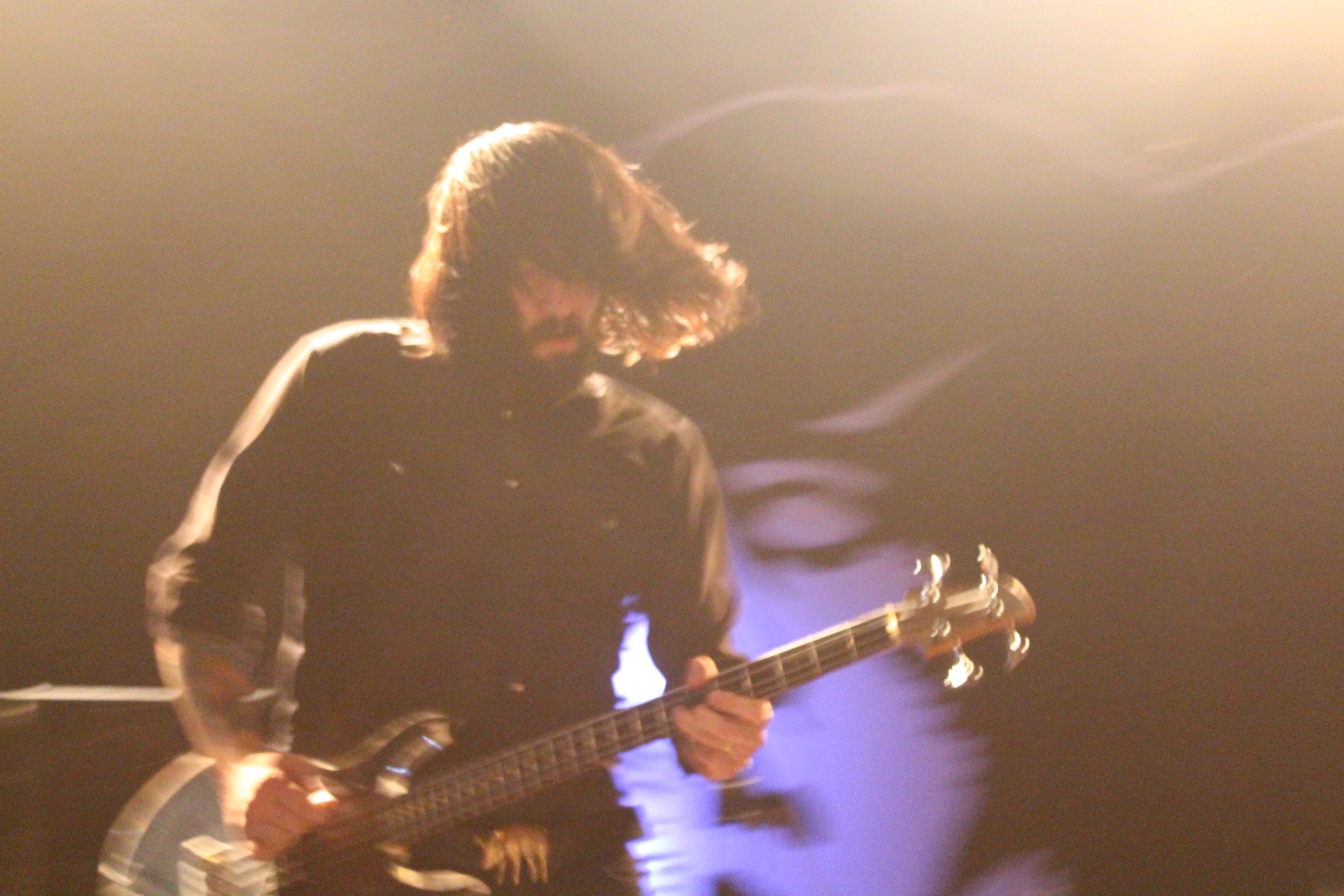 Staring the evening’s entertainment was PS. I Love You, a two-piece consisting of a drummer and a singer guitarist. Fast, repetitive, danceable drum rhythms provided a backdrop to some impressive riffs, solos and general guitar meandering, although, their set was unfortunately marred by several technical difficulties. None the less, PS I Love You was able to make a considerable impression in their short opening set.

Following up was Toronto based trio Metz. Recently signed to Sub Pop, Metz is a perfect fit. looking like a bunch of nerds, the three piece unexpectedly fork out vicious, intoxicating and edgy songs that approach the attitude of Mudhoney singles or Nirvana at their heaviest. Barely phased by the rambunctious audience, Metz blasted through a solid set of neo-grunge; playing heavy, rebellious music that hooks into your brain and doesn’t let up, Metz have previously toured with Cloud Nothings, and were commonly rumoured to have stolen shows throughout the tour with their high grade performances. On this evening, their high-octane, crashy, double cymbal smashing output was noteworthy enough to warrant comparison to cherished headliners DFA1979.

Death From Above 1979 have a knack for entrances. Jesse Keeler and Sebastian Granger took to their respective instruments and immediately took the audience from zero to 90 on the vicious opener “Turn it Out.” Jumping instantly to the side of the stage, Keeler scrapped the strings up against the side of his bass against an amplifier, tweaking irregular squeals and inviting distortion. Blasting in on drums, Granger assumed his vocal duties with a height and range that have strengthened considerably since the band’s recent reunion. The audience immediately absorbed the crunchy bass guitar and heavy pounding drums, erupting in a lively mosh pit. Every audience knew what to expect from an evening with DFA1979; the duo undeniably deliver. Performing in front of a bold lighting backdrop adorned in their signature, elephant nose emblem featured on You’re A Woman, I’m A Machine, Keeler dressed in pure black while Granger wore a white set of overalls. Charging through many tracks from their long awaited followup, 2014’s the Physical World, DFA1979’s signature, vicious, rock persona never felt compromised. Keeler occasionally changing from his acrylic, see-through bass to play a vintage looking synthesizer such as on “Black History Month.”

After rounding out their set with the bulk of their two studio albums, DFA1979 returned to the stage. “Do you want to hear us play music or talk about silly stuff?” Granger smirked, to cheering responses from the audience. While the band has significantly shorter sets than the average headlining group, playing for around 60 minutes, the boundless energy of their performance leaves few spectators left wanting. Closing out the show, Granger and Keeler left the stage, the latter still slated to perform a MSTRKRFT set across town at Lucky Bar. A stumbling, smiling audience walked out onto the street, looking particularly relaxed. If you are looking to let off some steam, a DFA1979 show is just the ticket.