It was a treacherous night for the snow, blizzards from the early morning all the way through the evening. It was a difficult drive out to the Biltmore Cabaret but there was no way I was missing this show and the meet and greet that I was really looking forward to.

Despite the weather conditions, many people made it out to see Dorothy that night. We were packed like sardines in there which made it quite hard to move and dance around as I usually prefer to, but I can’t complain, I was front row centre and watching the band perform, quite literally inches away from my face.

The blues-rock band gave off a great energy and utilized such a tiny stage as best as they possibly could. Playing quite a bit of new material off of the upcoming album, “28 Days In The Valley” set to release March 16th. I managed to get a setlist after the show and realised they decided to switch the songs up a bit. Replacing a new song called “Black Tar & Nicotine” with the well-known and loved song “Gun In My Hand.”

Their music has such raw talent and soul and in person, you can truly feel that.

The rock world really needs more bands like this out there.

I have a feeling they will get really big, especially after the release of their second album and I’m very grateful I was able to see them in such an intimate setting. 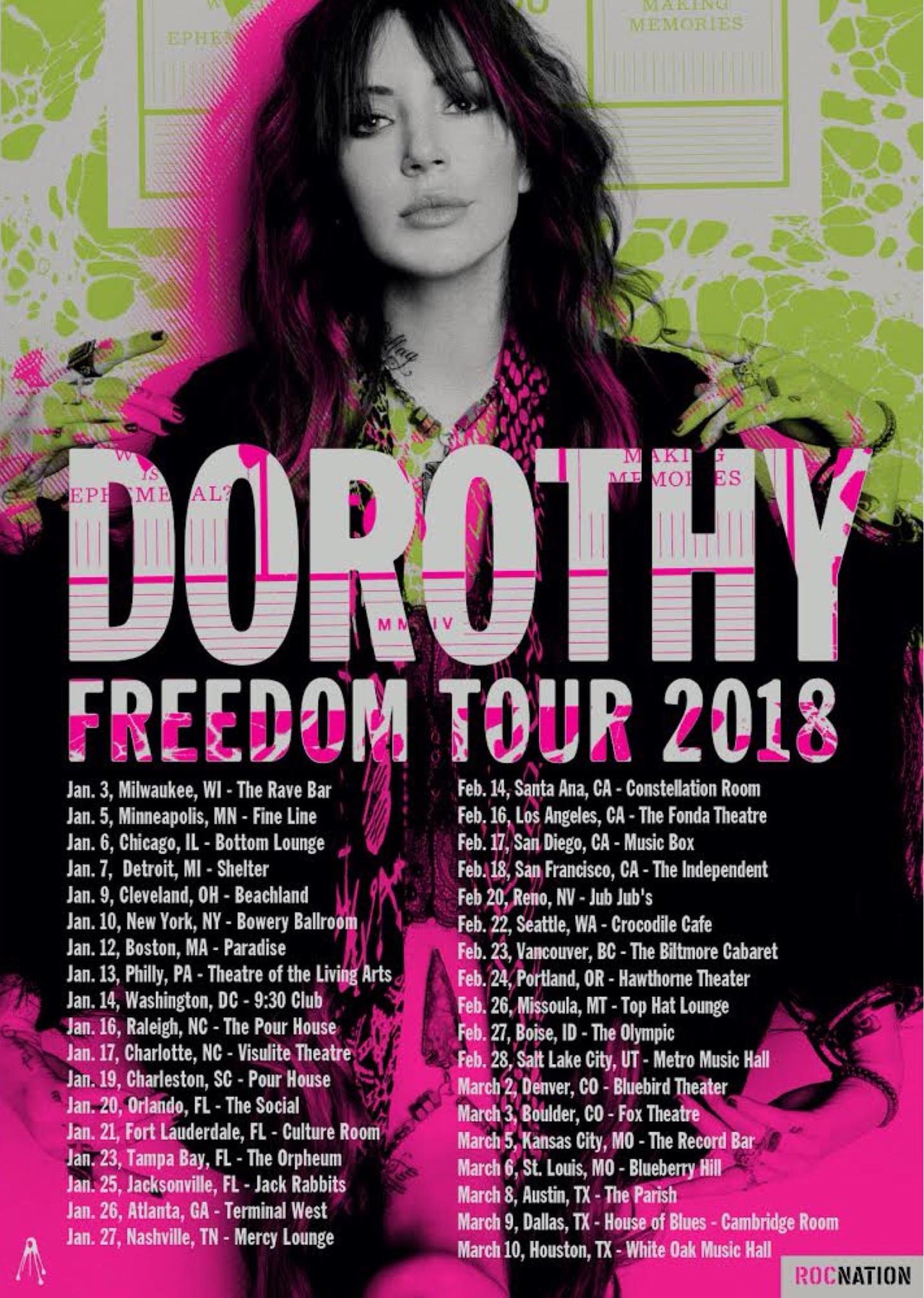