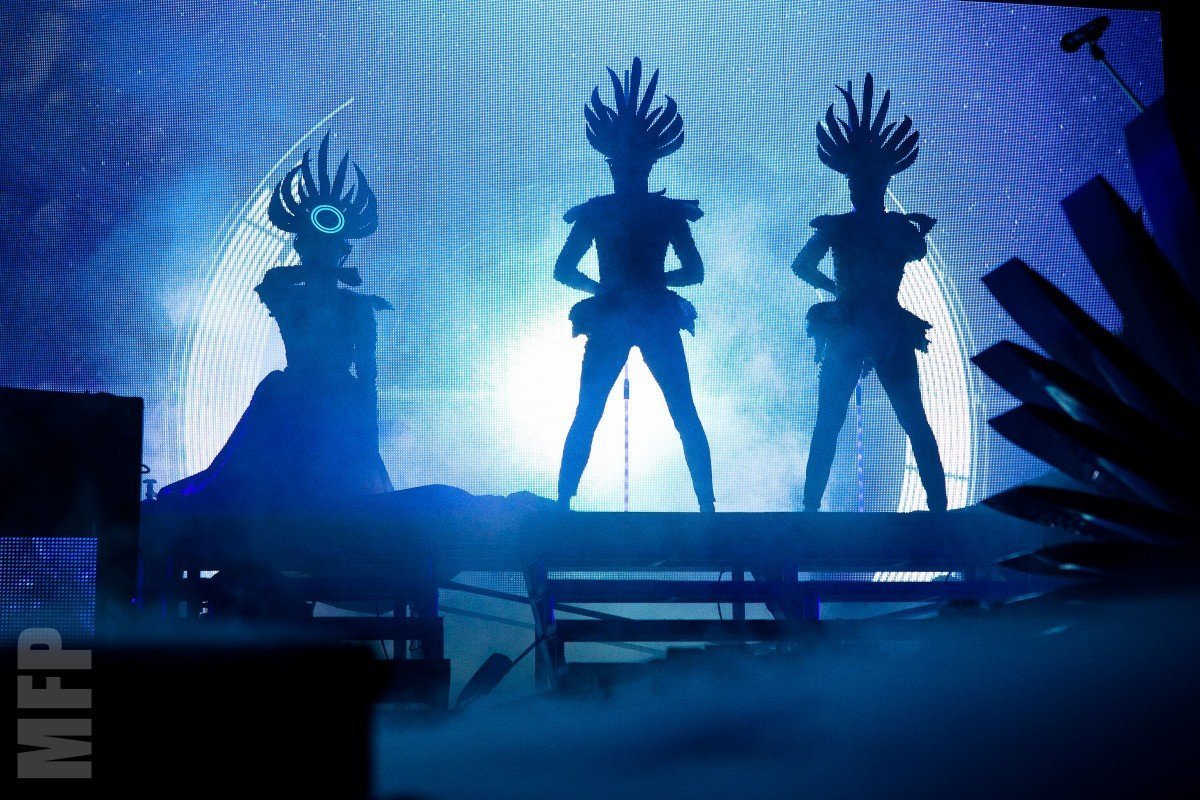 What do you get when you mix rising stars of the pop world, Holy Ghost! and St. Lucia, with Empire of the Sun? A night of dancing and fun.

Holy Ghost! came out to a stage covered in vintage electronic instruments and it was easy to see that they were lost in their music. This seemed to insure a solid performance that got the crowd moving. The set wasn’t without a slip up, which came in the form of singer Nick Millhiser slipping and falling on his back, yet that didn’t stop him from finishing the song from the ground.

St. Lucia, not to be confused with the Caribbean island nation, played a set filled with high energy and upbeat pop music that had the already primed crowd dancing. Their brand of pop is dripping with front man Jean-Philip Grobler’s South African flare. He and the rest of band seemed to have one mission: fun. Every member of the band was dancing and having a good time on stage, which worked because the crowd was moving to the music and thus a successful set of pop music.

Empire of the Sun’s production values have to be all on stage, their show was on par with a traveling Broadway play, complete with costume changes and dancers. Lead singer Luke Steele’s on stage persona is a synth lord from a distance galaxy, where the only music and images received are from the 1980s or David Bowie. Going into this show I was somewhat familiar with the band’s music and I wasn’t a huge fan, but I had a suspicion that the music would make more sense in a live context. I was right, the live show this band puts on is nothing short of amazing. Whether it be costumed dancers interpreting the music or every member of the band being in a costume that fits the overall aesthetic, there’s something happening on stage to keep everyone interested. And the fans are dedicated, so much so that they dress up in the trademark makeup mask that Luke Steele wears for every show, as well as a foam version of his crown. There is a bonded culture around this band, that only has one direction to go.

I only see this band becoming a bigger and brighter act in the overall pop landscape. Take it from someone who doesn’t have the most favorable view of pop music, this band is worth your time.

Empire of the Sun