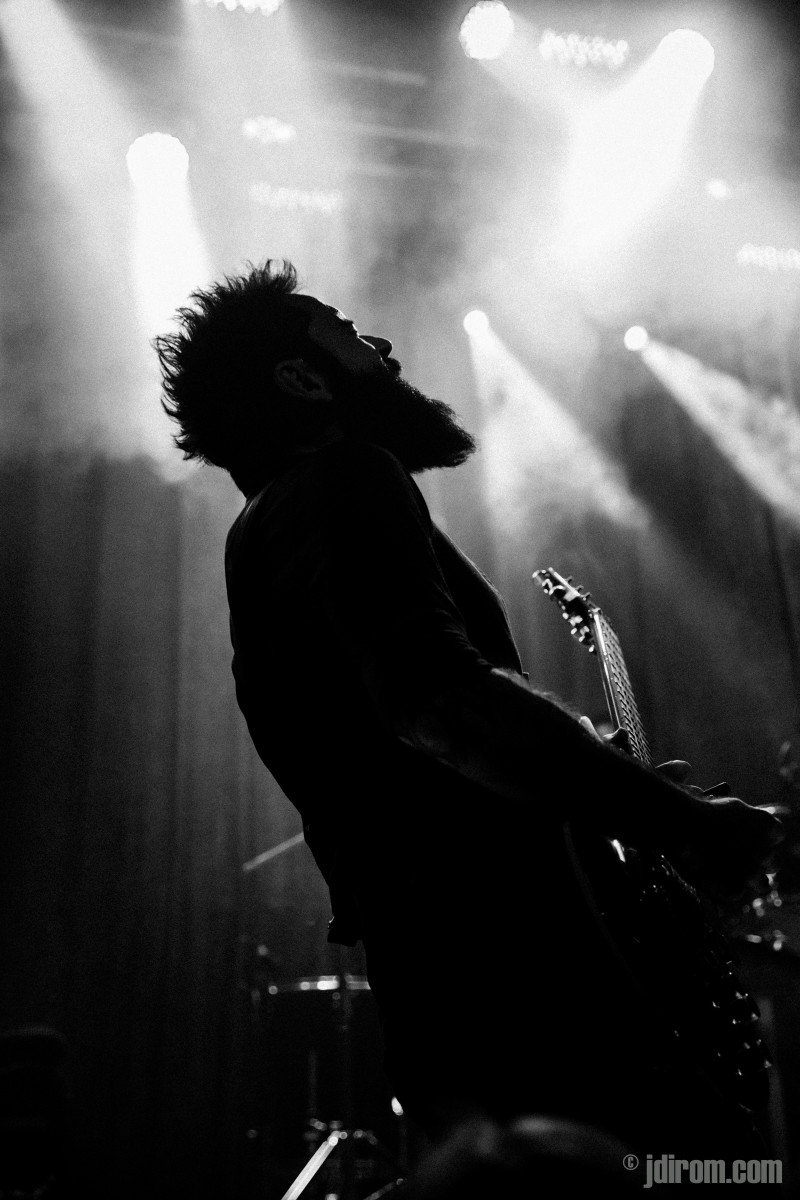 Energetic. It is exactly what you look for from your starting line-up. Launching into “Cast Out the Cowards”, and followed by “Contender”, The Path Less Traveled simply flicked the switch on, and unleashed their brand of rock with a hint of punk, and metal. Scott Bennett (lead singer) acknowledge the crowd throughout the set, noting that the crowd had a great night ahead of them with the acts to follow, being Vancouver’s Head of the Herd, and the iconic rockers that are Finger Eleven.

The Path Less Travel played with intensity throughout their entire set, whether it was Dustin Bennett thrashing back and forward, or Jordan King bearing down on the drums. The intensity was supported by solid axemanship of Mike Biggs, and vocals of Scott Bennett. At the midway point the band showed some of their hard core roots in covering Ready to Fall by Rise Against, which saw Zak Kelly of Raised by Wolves join the band on stage.

The band switched back to their own material playing “Ghosts”, “Time” and the title track of their latest release “Vacant Youth” to close out a solid six song set.

Up next was the blue’s rock fusion in Vancouver’s Head of the Herd. Neu Mannas almost immediately acknowledged that it was good to be back in his hometown of Calgary. Head of the Heard drew their set mostly from their last two albums, and it is really no surprise to see them touring with Finger Eleven as Rick Jackett and James Black had been involved in the making of the recording of the album.

After performing “Live for Love”, Mannas paused and stated, “I’m going to tell you a story, because I am not sick of it yet.” He went on to tell the crowd that their latest album “By This Time Tomorrow”, the third album recorded by the band, was done so without a label. Furthermore the band produced the album, “that we wanted to make,” and that they were the,” first band without a label to release their own album and have a song go number one in Canada.”

This lead into Head of the Herd’s performance of their latest album’s title track, “By This Time Tomorrow”, displaying the fantastic vocal chemistry between Brittany Willacy and Neu Mannas. Which heard much of the crowd singing along. After the song Matty Carolei broke into a drum solo to the delight of the crowd.

During the final song, “You Come, You Go”,  Mannas asked the crowd to get as low as they could, and if you were too cool to do it get out. The band played from their back, only to explode back to their feet, and have the crouching crowd explode with cheers, and their hands waiving in the air.

The crowd was amply pumped up by the openers to take in Finger Eleven. The crowd was fully pressed up against the stage, to take in Finger Eleven who had not performed in Calgary since 2012.  Scott Anderson immediately launched into material off their latest album “Five Crooked Lines” with “Gods of Speed”. Anderson pushed to the front of the stage grasping the microphone stand opening and clasping his hands. To his left Rick Jacket, was fully animated, spinning, and turning, consistently throwing his head back and forth when he stopped. On the opposite side James Black masterfully ripped on guitar. It came as little surprise that Finger Eleven had a great presence and sound.

© J. Dirom
On the night they went through every song that fans both new to their music as well as hardened fans were looking to hear.

Gods of Speed
First Time
Falling On
Wolves and Doors
Criminal
Living In A Dream
Not Going to Be Afraid
Quicksand
Come on, Oblivion
Walking In My Shoes
Above
Save Your Breath
Goodtimes
Paralyzer
Bones and Joints
Whatever Doesn’t Kill Me
One Thing