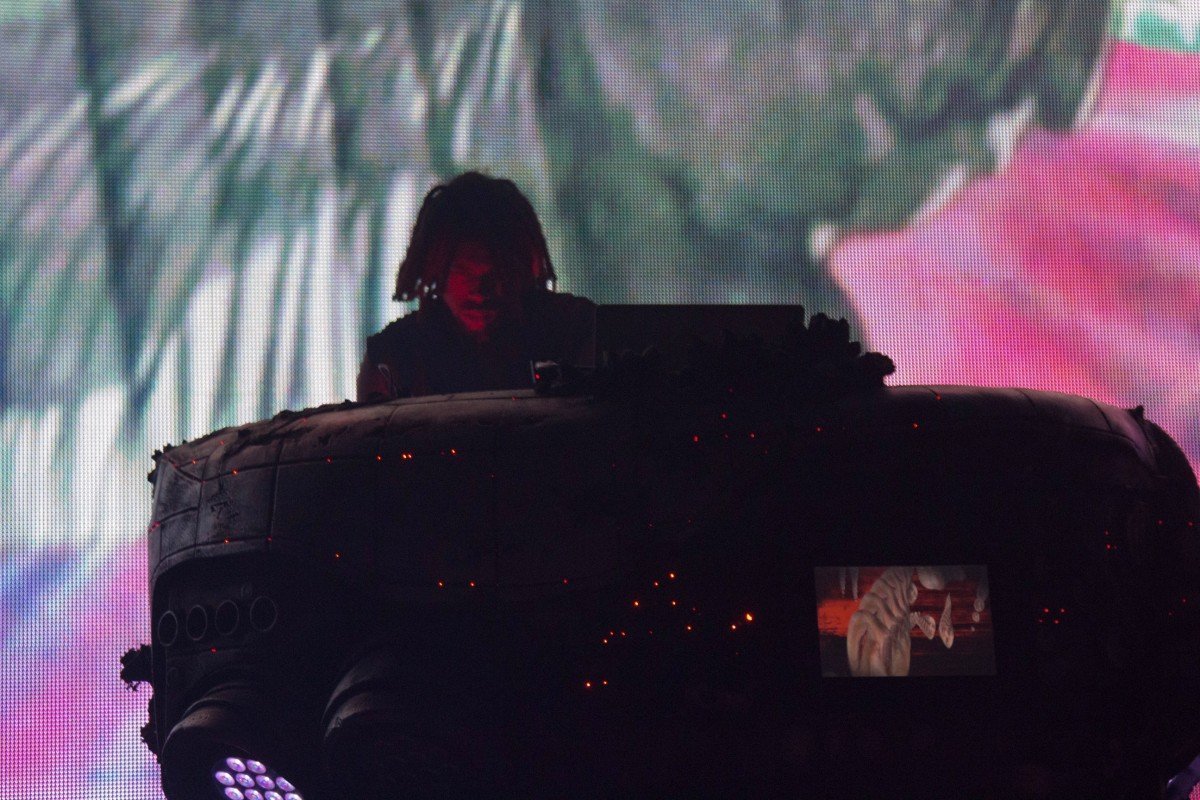 Flying Lotus playing at the Vic Theatre in Chicago on August 23rd.

Flying Lotus is a Dj/producer out of California and he’s known for his different sounds and production. He’s has produced for artists like Kendrick Lamar, Earl Sweatshirt, Mac Miller and others. He has always had a distinct sound and he’s sticking to that sound. Right now he’s doing a 30 city tour and this one experience that I think people won’t forget. Not only it’s other amazing artists that are opening for him but also it’s in 3D. Yes, the whole show is in 3D. Not too many artists have shows but Flying Lotus will deliver and the crowd will witness something different and historic.

One of the stops on his 3D tour was at the historic Vic Theater in Chicago on August 23rd The venue can hold around 1,500 people and the show was sold out .The openers for the show did a great job. They consist Salami Rose Joe Louis, Brandon Coleman and PBDY . A couple of them have similar sounds to FlyLo but their performances wasn’t bad. A surprise guest by the famous comedian Hannibal Burress graced the stage for a 10 comedy skit. He was funny for the time he had and threw jokes to the crowd and they responded very well. Once those acts were over with, it was time for the closer. Right before he got on stage, it was a 10-minute clip playing on a huge LED board. Once that was over, the man himself came out to a huge roar from the sold out Vic Theater. He said a few things to the people then he started to play his music. The lighting in there was tricky but very dark for the most part. Majority of the songs stayed had similar tempos, instruments, and sound effects. Around the first 30 minutes, it was a lot of hip hop beats and then he started to go into a little pop. His set lasted for about an hour and a half. He would usually say a few words to get the crowd’s attention to make sure they’re still enjoying the show. Sometimes he would go onto the stage and have the crowd engaged in a lot of his tracks. In that time frame its also plenty of time for fans to take pictures of the legendary artist. Flying Lotus has his own distinct sound to go along with the stage production and the visuals match the audio so perfectly that you have no choice but to be engaged. If he is coming to your home town, I would suggest you check him out while he’s still on tour.