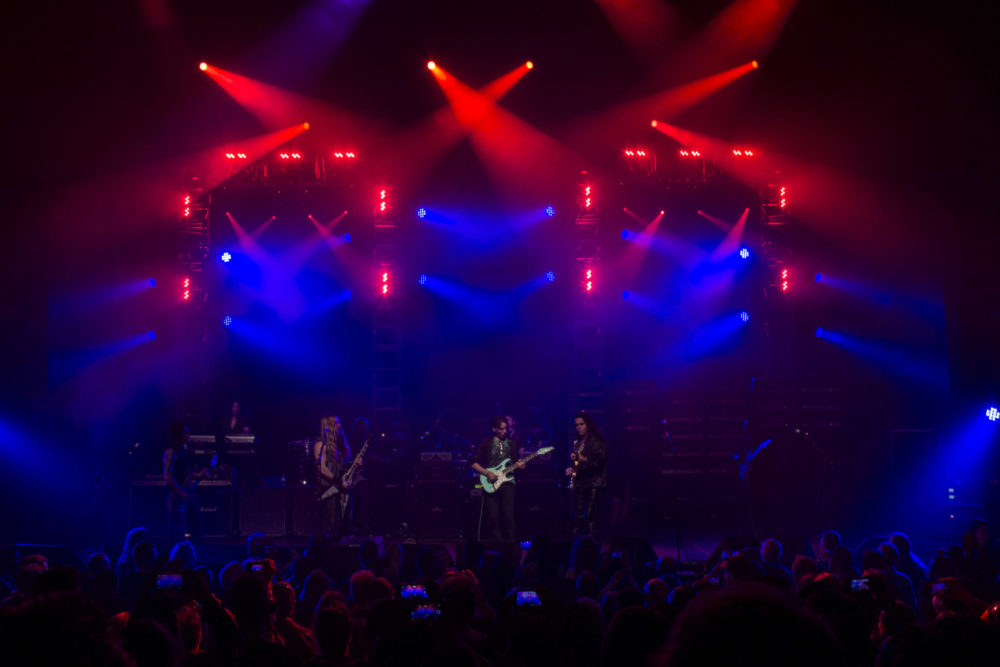 Hurrah for Guitars!  Generation Axe displayed some of the world’s best guitar players performing solo sets and in various combinations. Founded by headlining shredder and indisputable guitar master Steve Vai, Generation Axe was a rare spectacle that  featured over two hours of dynamic guitar work by some of the planet’s most technically inclined guitarists.

The audience at Vancouver’s Queen Elizabeth Theatre received quick, intense barrage of guitar fury before the show split into solo and duo showcases. After two hours of mind-melting guitar work, the performance culminated in an impressive five-guitar finale.

The first set featured the ambitious, progressive metal of Tosin Abasi. Wielding an 8-stringed Ibanez, Abasi is an Nigerian-American who earned his due in the progressive metal band Animals As Leaders. Standing alone on the dimly lit stage,  situated in front of a giant wall of Marshall amps (belonging to a certain Mr. Malmsteen), Abasi looked cool, collected and meditative as his guitar screamed with vision and an incomparable style.

Nuno Bettencourt, Portuguese american guitarist of the band Extreme provided the evening’s first vocals as he ran through a few acoustic compositions. As each guitarist’s set progressed, another virtuoso would appear to expand the solos into duels or duos.Towards the end of his set, Bettencourt warmly introduced Zakk Wylde, who joined him with guitar and vocals for an poignant cover of Citizen Cope’s “Sideways.”  The enduring, minor key solos expanded the songs’ emotional impact

Zakk Wylde, longtime heavy-hitting guitarist for Ozzy Osbourne and Black Label Society the stage for his showcase, there was a brief moment of quiet as he modestly mumbling that he “really liked the song he was about to play.”

Stoically poised, Wylde crashed into a devastating, hell-fire fuelled rendition of Black Sabbath’s “N.I.B.” which served to electrify the entire theatre.  Wylde, has played for decades with Ozzy Osbourne and it shows in his intoxicating stage presence and vocal delivery.

After the stunning Black Sabbath cover the crowd received Hendrix’s “Little Wing,” at which point Wylde ran up the theatre rows and soloed in a vicious Buddy Guy-style amidst the theatre’s seats. And then came the Allman Brothers favourite “Whipping Post.” When it was time for the encore break, the blood of the audience was rightly fired up.

There was no shortage of anticipation during the encore, seeing as the next set belonged to world famous neo-classical metal god Yngwie Malmsteen. A giant wall of Marshall Amplifiers set across the left side of the stage were entirely set up for Malmsteen, who viciously wielded his instrument as if an extension of his body.

Malmsteen is arguably the world’s most technically proficient player; his decades of unrelenting work int he neo-classical metal genre have included thousands of face melting solos, not to mention a few collaborations with full orchestras. Generation Axe is the perfect outlet for such a player; holding his guitar to the ceiling, Malmsteen’s love of playing burns as strongly as ever. Screeching through celestial aimed solos, Malmsteen’s crystal tone originated through a formidable wall of Marshall amplifiers which projected clearly over the audience without using the theatre’s PA system. On this evening, the “Viking from Brooklyn” performed  with a celestial intensity, like the result of the tour’s other guitar gods. The pure, unadulterated guitar worship and passionate spirit of compassion compelled each player to push their capabilities to the limit.

The evening’s final solo set belonged to the tour’s mastermind, Steve Vai, one of America’s best string players and a longtime participant of Eric Clapton’s Crossroads Guitar Festival. Vai, once a childhood portage and member of Frank Zappa’s band, continues to refine his guitar work. Famous for playing Ibanez guitars, Vai’s style, though still very technical and distinct, was much more rock and blues based than the far-flung neo-classical metal of Malmsteen or the beefy riffed solos of Zakk Wylde. “Oh my god, this is so much fun!” exclaimed Vai as he rounded off a spirited, extended solo.

The spirit of the evening’s performance was above and beyond that of an average show; Generation Axe is a guitar extravaganza that celebrates an honourable and ever-changing craft. Abasi, Bettencourt, Wylde, Malmsteen and Vai are all champions in their own right and continue to push their guitar work in friendly competitions and collaborations. 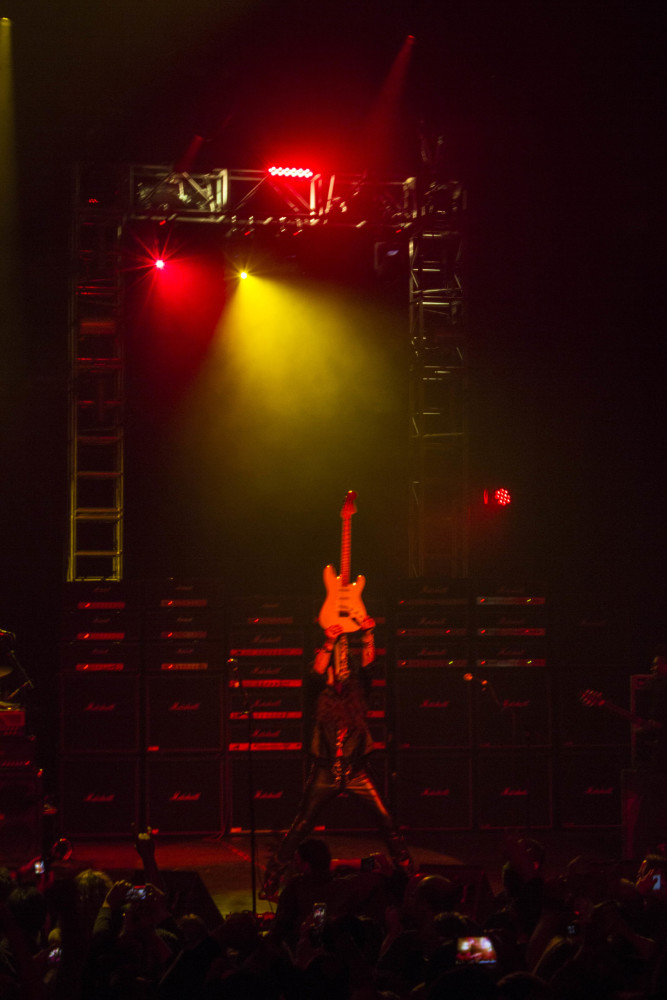